Glancing over the illustrations of the proposed development on the Armstrong & Dobbs property (and others) is hilarious. They’ve got three pastel-pencil, ground-level renderings of a beautiful and beautifully peopled, if context-free, new-urbanist, er… mall, and then an aerial view that shows where and how that rosy, idyllic landscape is supposed to be situated: next to a huge, sickly-orange box crammed into the eastern end of the property and labeled “Anchor.” Did anybody with the remotest sense of humor proof that graphic? Let’s give the developer, Selig Enterprises, the benefit of the doubt and guess, “no.” But more importantly, did anyone with the faintest familiarity with Athens get a look at it? There’s your real problem.

Because, check it out: “Anchor” (aside from its connotation as an immovable weight that halts the progress of whatever it’s attached to) is a euphemism for “probably Walmart” – and we’re not talking about the kind of “urban-scaled,” “neighborhood” Walmart that was rumored (as recently as two months ago, before Walmart helpfully, if not quite honestly, shot the rumor down) to be under consideration as the “anchor tenant” for an otherwise cool mixed-use development at A&D. No: we’re talking about a store that’s about as big as a regular Walmart used to be way back about 10 years ago, when what they now call a “Walmart” was still called a “Super-Walmart.” 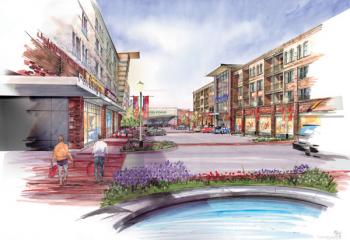 That’s a very serious problem. This development would cover an area we’ve long envisioned as the best option for an extension of downtown. The auto traffic a big-box retailer would generate in the area can hardly be imagined as a push in the right direction where that’s concerned. (Whatever is said about the “pedestrian-friendliness” of this development as a whole, no Walmart is, or is supposed to be, a walkable destination.) Adding insult to injury, the back end of the big box would be snuggled right up against the head of our soon-to-be-realized rail-to-trail bicycle and pedestrian path, a project endorsed by local taxpayers because it was sure to be such a splendid hallmark of Athens’ enviable quality of life. To interfere with that objective by putting a Walmart on top of it, aside from being just absurdly stupid and awful, would constitute a deeply irresponsible undermining of this city’s long-term economic development goals. 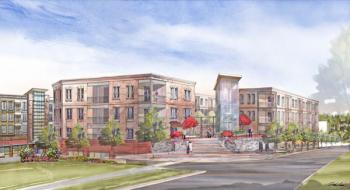 And that’s another thing. We’re going to hear an awful lot about how we don’t have the right to pick and choose what businesses set up shop in our community, especially in these tough economic times, when we should presumably be thankful for any new jobs that come to the community and accept them without question. But opposing Walmart’s entrance or expansion into local markets isn’t elitist, liberal NIMBYism (again, despite what we’re going to hear); people do it all the time, in cities and towns all over the world – and that includes coalitions of poor and working-class people. That’s because Walmart has a specific track record of exacerbating poverty (not helping alleviate it, despite what we’re going to hear) by destroying more jobs than it creates, replacing them with lower-wage, no-benefits employment. It’s their business model, and it’s not going to change because of a nicer-looking building. 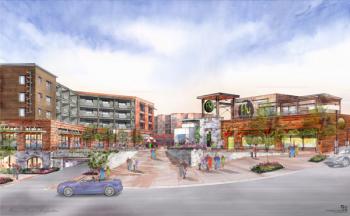 There’s a final aspect to this situation that isn’t being talked about much, but should be. The idea that the only way to do business is to make the absolute maximum profit, no matter what, doesn’t deserve to go unquestioned. That’s the idea that led to the housing bubble and crash, and it’s certainly the operating principle that’s led to the hyper-consolidation of wealth in the hands of huge banks and corporations through massive lobbying and deregulation campaigns. That’s essentially what’s going on here, too: anchoring this development with a 100,000-square-foot big box isn’t the only way it can possibly happen; it’s just the best way for the developer to make the greatest profit. And despite what we’re going to hear, we’re under no obligation to facilitate that at the cost of our own well-being.

A 100,000-square-foot big-box retail outlet is a totally inappropriate use for this location. Walmart is a notoriously bad corporate neighbor. The maximization of short-term profit at the expense of long-term social benefits is an unsustainable business practice. Have we learned a damned thing? Here’s a modest suggestion that actually sounds pretty good as a refrain – and would have for a long time now, if anybody had been able to say it out loud without spitting out their Starbucks:

Someone’s going to have to make a little bit less money on this deal.