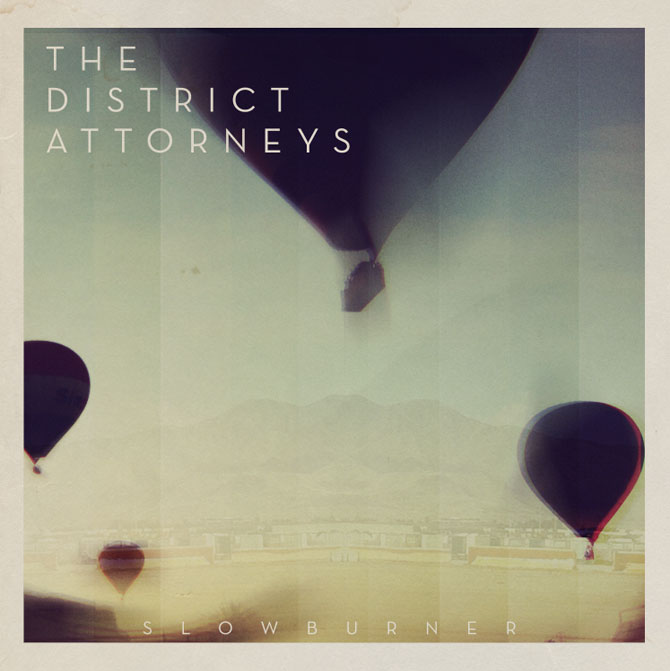 The path between Athens and Atlanta is filled with the blood, sweat and tears of exhausted musicians who spend their precious days off traveling betwixt the two cities for band practices and weekend gigs. Eventually the culmination of these efforts materializes in the form of their first full-length album. This week, self-proclaimed â€œAthens/Atlanta indie-rock sweethearts,â€ The District Attorneys have reached that moment. After releasing two EPs, Orders Fromâ€¦ and Waiting on the Calm Down: The Basement Sessions, the five-piece is releasing its alt-Southern paragon Slowburner. This record draws noticeable inspiration from fellow Southern indie rockers Deerhunter and My Morning Jacketâ€”save for a few hundred layers of reverb. However, the inspiration of catchy and poppy mid-century rock and roll Ã  la The Beach Boys is audible in the dreamlike harmonies and uptempo keyboard in tracks such as â€œBoomtown.â€ A much more pensive side to Slowburner is evident in tracks such as â€œCherry Glow,â€ which showcases Elliott Smith-esque crisp, emotionally stirring vocals, and in the simple heartrending bluegrass and early country western sound of â€œThe Endâ€ and â€œMarmalade.â€ Having only been in action a little over two years, the guys of The District Attorneys are still relatively new to the local scene. However, the support and energy surrounding this group is reminiscent of early Drive-By Truckers fanfareâ€”a good sign for their future. In fact, after a debut full length like Slowburner, it would be hard to fade into the background.