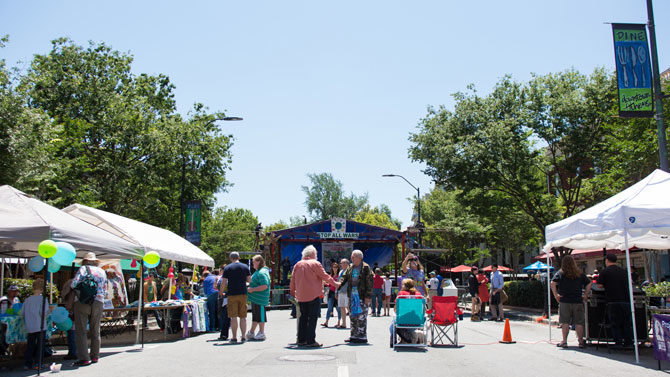 When the first Athens Human Rights Festival was held in 1979, it was intended as more of a memorial than a festival. It was created by two law students at the University of Georgia who wanted to host a get-together to commemorate the 10th anniversary of the Kent State and Jackson State shootings.

That first year, the festival was held on campus at Legion Field. It ended up being a success, so organizers hosted another event at the same location the next year. Then they had another festival. Then another one, and another one after that. Thirty-nine years later, the Athens Human Rights Festival has become a fixture of the community.

“I think of it as the evolution between having a campus memorial picnic to an ongoing thing reflecting the conditions of the time,” says John Miley, an AHRF committee member who has attended almost every festival since its genesis.

For many, the AHRF, which celebrates its 40th edition this weekend, isn’t just another community event. It’s something ingrained in their life—something they couldn’t fathom ever missing. Jeff Hannan, head of the festival’s merchandising committee, has been to every fest since the first one, with the exception of one, which he had to miss due to touring. 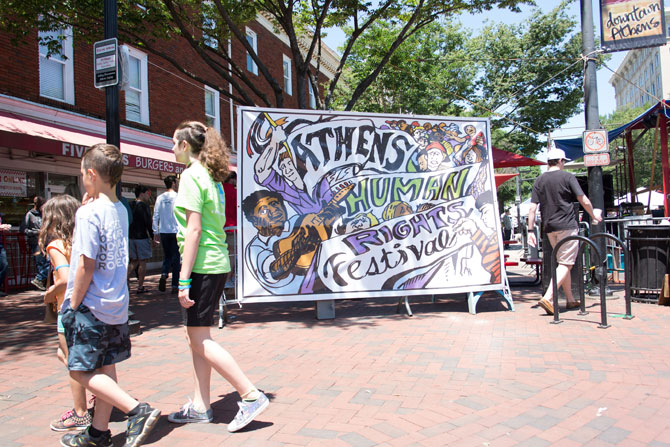 “I was on a Grateful Dead tour, [and] it was too far to get back. After that, I didn’t like missing it, so I just flew back from tour for the event,” Hannan says. “But once you haven’t missed one, it’s like, ‘Well, why would I miss this one?’ [It’s] a lifetime commitment—that’s pretty funky.”

While some attendees can trace their connection all the way back to 1979, others simply stumbled upon it and haven’t left. Committee member Drago Tesanovich’s first exposure to the AHRF was in 1983. Tesanovich, who is originally from Michigan, was in town helping his sister-in-law build her house and decided to go to the festival. “I just happened to be down here the year they were at the fairgrounds and went to the Human Rights Festival just as a tourist in Georgia,” Tesanovich says.

Some years later, Tesanovich found himself at an AHRF meeting trying to find out how he could set up a table for his “Impeach Bush” petition. He was told that, as an attendee of the meeting, he was allowed to vote on the matters being covered. From there, Tesanovich became more and more involved, until his role transformed into helping to coordinate the event.

“It’s a unique two-day event for anywhere in the country,” he says. “There aren’t many places where people set up a stage and open it up to groups and people to voice their opinions. I couldn’t see the future to know I would eventually be involved.”

Many Athens musicians also view the festival as a big part of their lives. Since the AHRF was one of the first real music festivals in town, it holds a permanent spot on their calendars. “[Bands] used to fight tooth and claw and beg for a slot,” says Hannan. “It was pre-AthFest. This kind of predated the template.” 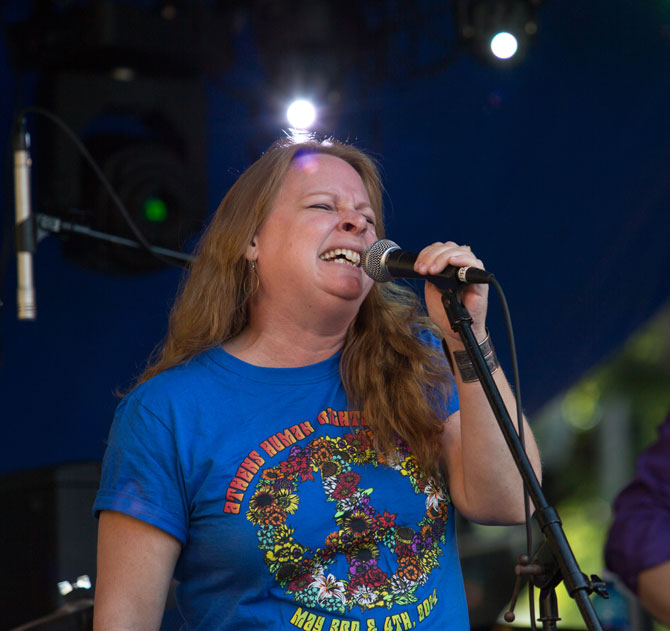 Like most aspects of the festival, the music slots are filled by volunteers. With a few exceptions where lodging or transportation was paid for, musicians play with the knowledge that they won’t be paid. However, that fact hasn’t deterred them from still wanting to play. “It’s one of the hardest times of the year, and you have people willing to fit it in,” Miley says.

Miley himself used to play the festival in its early years. He recalls it being one of his favorite events of the year. “When I was a youngster in college, it was my biggest gig of the year. It was either that or the 40 Watt,” Miley says.

Although there’s a great deal of nostalgia attached to this year’s 40th Athens Human Rights Festival, there is also a sense of newness. Though the AHRF has maintained many of the same committee members since its beginning, recently, some of the newer local activist groups, such as the Athens Anti-Discrimination Movement and Athens for Everyone, have become more involved.

This year, in addition to its two days of live music, the festival features a diverse set of speakers, including representatives from A4E, the state ACLU, the Georgia Conflict Center, local immigrants’ rights groups, Athens PRIDE, Project Safe and climate-change activists, among others.

“Getting these new organizations in the last couple years that are doing these great things, it’s just what we wanted to happen a long time ago,” says Miley. “It’s good to see all this participation now.”

Looking forward, Miley and Tesanovich both hope these organizations will take the torch and help to keep the Athens Human Rights Festival going. “We would love to see the festival go another 40 years,” Tesanovich says. “We don’t want it to stop.”