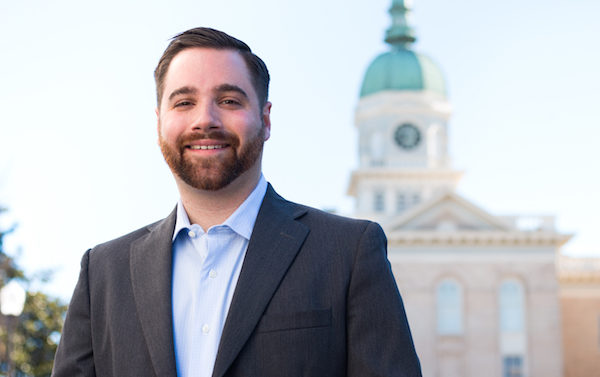 If you liked Kelly Girtz‘s five-point plans on affordable housing, economic development and the environment, you’re gonna love this, comrade: Fellow mayoral candidate Richie Knight has released a plan with, as LeBron James might say, not five, not six, not seven, but 21 points. You can read it here.

In other Knight news, another of his campaign managers, Cameron Jay Harrelson, has resigned. He follows on the heels of Monika Ammerman, who left last summer, and Loran Posey, who was hired to replace Ammerman, then left last fall and went to work for the Girtz campaign. (In a rather extraordinary move, Knight sued Posey for libel over a Facebook post that was critical of Knight, a lawsuit that Knight recently dropped.)

Like Posey, Harrelson has thrown his support behind Girtz.

“Athens is at a crossroads and I believe, after taking three weeks off to reflect, that Kelly is the man with the right plan to take our city to new heights,” he wrote on Facebook. “From economic justice and fighting inequality at all levels, to making sure everyone has access to homes they can afford and jobs that help them thrive, Kelly has demonstrated a clear vision for Athens.”

Knight also found himself embroiled in some Facebook drama a couple of weeks ago after posting about the need for additional police funding. The post included included a video of an Atlanta newscast that featured mugshots of several young African-American men. While Athens’ gang problem is real, many commenters felt that the use of the mugshots was exploitative and preyed on racist fears. Knight was forced to apologize. Both the initial post and the apology now appear to have been deleted.

Grants Awarded to the Arts in Three Local Cities