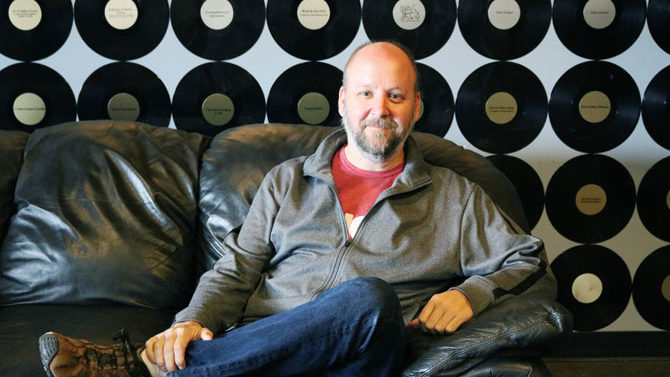 Athens’ reputation as a drinking town is well known, and our alcohol culture often goes hand in hand with our music scene. Downtown is the epicenter for both, where people go to unwind and musicians come to play. And while that can be fun when the time calls for it, for many it can also become dangerous—even deadly, in some cases.

“It’s very easy for people to pass it off as a phase because everyone’s in college,” says Sahar Alimohamadi, a first-year medical student at the Medical College of Georgia’s Athens campus. “But there is the reality that there’s going to be that subset of people that does see it as more than a phase and wants help, but don’t really know how to get the help.”

Alimohamadi, as well as five other medical students and the staff of Nuçi’s Space, hope to begin to fix that problem with a new alcohol intervention campaign. The partnership sprang from a long-term project assigned at the beginning of the school year in Alimohamadi’s community health class at MCG. She and her group were given the task of working with a community organization to address a health issue in the community.

“I’ve always been really interested in mental health, and seeing such a strong outlet [in Nuçi’s Space], I was really drawn to the aspect that we could make a big difference in one person’s life pretty much immediately,” Alimohamadi says.

Addressing alcoholism wasn’t the first idea the group had. The approach came about after it received responses from a survey it had sent out through Nuçi’s Space. Among the many answers the group got back, one stuck out: many people stated they believed they had an alcohol problem, but hadn’t reached out to anybody for help.

“We started kind of connecting those pieces together, and we were like, ‘I wonder if people know they can come to [Nuçi’s], or if we could educate people on where they can go for that sort of help,” says Bob Sleppy, executive director at Nuçi’s Space.

To many in the community, Nuçi’s is primarily seen as a provider of mental health services. However, the nonprofit also provides support for those suffering from substance addiction. The student partnership aims to raise awareness of the availability of these resources. In addition, the campaign works to help educate people on the signs of substance abuse and what resources are available both at Nuçi’s Space and in the community at large to connect those seeking help with those resources.

“We want to get the word out there, and hopefully we’ll see a few more people [realize] that substance abuse and alcohol abuse can be addressed at Nuçi’s,” Alimohamadi says.

One specific target for the group’s campaign are the musicians of Athens. While musicians are not necessarily more susceptible to addiction, an environmental factor plays a role—musicians often work in bars and therefore are surrounded by alcohol more frequently.

“The difference is that the risk factors are a lot different… The whole idea of the environment and what is acceptable [changes],” Sleppy says. “I think it’s just more important for musicians and artists to realize the risk factors involved in dealing with an addiction.”

The student group has begun posting flyers around town, including at nightclubs and music venues. But regardless of whether the person seeking help is a musician, the awareness campaign is aimed at anyone who may need assistance.

“This time, it’s about not just education,” Sleppy says. “We’re hoping that the [medical] students’ help can connect a path for some people and just let them know that this is a safe space they can come to for that need they may have.”