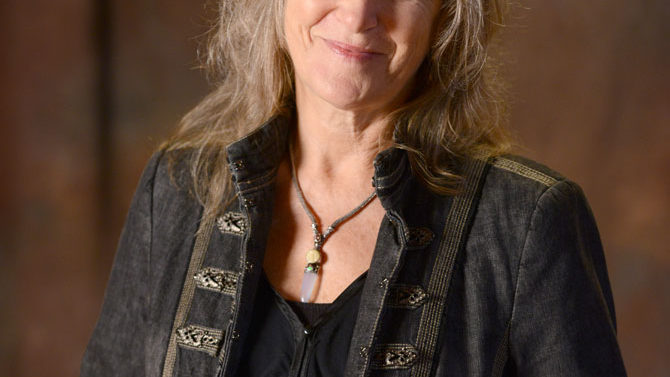 It’s no secret that there’s a lot of great live music in Athens. Thanks to two ongoing concert series recorded locally for broadcast on Athens’ NPR affiliate, WUGA 91.7 and 94.5 FM, that music is spotlighted for people both here and elsewhere to discover and enjoy.

“WUGA has always been supportive of local music,” says Chris Shupe, WUGA’s program director. “With Athens being such a local music town, I just felt like we needed to do more shows focused on what’s going on around here, whether it be original music coming out of bands based here or the incredible amount of music that comes through here.”

Caroline Aiken, the producer and host of one such program, “New South Showcase,” initially wasn’t looking to do a radio show. An accomplished musician herself, Aiken hadn’t thought about the possibility until she appeared on now-retired WUGA host Robb Holmes’ weekly live-music show, “It’s Friday.” “It was wonderful chance, as a musician, to put my foot into the community,” Aiken says.

After auditioning for another position on an early-morning show, Shupe asked Aiken if she had ever considered starting her own program. “That was the sign I needed,” Aiken says. “I bypassed the early-morning show and went straight into [‘New South Showcase’].”

Aiken taped her first few shows at The Foundry before setting up shop at Vega Studio on Milledge Avenue with the help of engineer Clay Hansen. In addition to hosting a live audience, since moving to Vega the show has incorporated a Facebook Live element to allow people to watch the performances remotely as they occur.

Part of what makes “New South Showcase” different from anything Aiken has done musically in the past is that the focus isn’t on her. Rather it’s about showcasing different featured musicians each month, which was something extremely important to her when creating the show.

“The first few shows at The Foundry, she was trying to do a lot of emceeing,” Hansen says. “Right away, she decided, ‘Well, A: I don’t want to hear myself talk, and B: It should be more about the music and less about me, so I’m going to stop putting myself in there.’”

Aiken wanted to utilize the show as a platform to highlight diverse talent from Athens and beyond for anyone willing to listen. After celebrating the show’s one-year anniversary last month, Aiken says she is happy with how much it has brought the community together.

“There’s a circle that’s completed when you see the audience and the musicians having a really great experience,” Aiken says. “I want others to do the same. It’s like, ‘OK, I’m going to create this venue that glorifies the music, and it helps everybody.’”

Another local show takes a similar approach. On the other side of town in his Studio 1093, Jim Hawkins—whose engineering credits range from The Allman Brothers Band to R.E.M.—has been running his own series, “Music on the Boulevard,” for several years.

“I like to cut live. There’s an energy that comes from the collective spirit of all the musicians that’s greater than the sum of the parts,” Hawkins says. “I’m not so much into making big records anymore, but that radio show is just about exactly what I like to do.”

Hawkins began “Music on the Boulevard” with the old Last Resort club in mind. “[The owner] would publish a little book in the fall, and it would have a page in there about everybody that would play there,” Hawkins says. “You’d go through and you’d say, ‘Oh, who is this that I’ve never heard of? Boy, they look interesting.’ So, that’s what I want here.”

These two shows help contribute to Athens’ music scene by reaching into the community to bring people together and exposing people to music they wouldn’t otherwise hear. In addition, they serve as intimate venues outside of downtown where musicians can perform and people can truly listen. “We’re a music town, [and] this is the public radio station—we ought to have some shows that focus on what’s going on here musically,” Shupe says.

“New South Showcase” will tape its next episode Sunday, with performances from The Common People Band and LaChandra Burgess. A $15 donation is suggested for attendees. For more information on “Music on the Boulevard,” visit musicontheboulevard.com. For WUGA’s programming schedule and to stream, visit wuga.org.