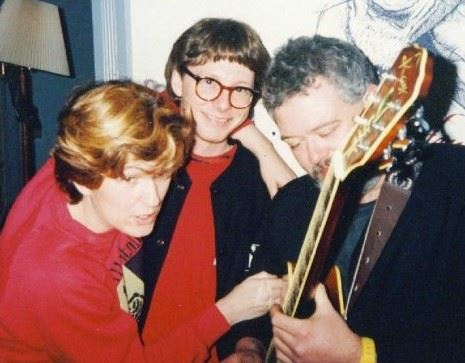 Some old friends of the late Athens songwriter Herb Herndon will gather to pay tribute and play a set of his songs Thursday, Mar. 29 at The World Famous at 8 p.m.

Herndon was best known for his songwriting among those that ran with what could be called the early Athens arts-and-music crowd of the early 1980s, but continued to write and play music throughout the 1990s. He passed away in 2000.

Featured players in the Herb Herndon Songbook tribute are Dana Downs, Deborah Wall, Kevin Dunn and Ben Hesse. Also on the bill are Adam Klein & The Wild Fires with John Neff. Although no recordings from Herndon’s original Cryin’ Cowgirls—composed of Herndon with Doug Stanley (The Glands), Doug Blakeman and John Crist (Dashboard Saviors)—are available to hear these days, attendees can expect well-executed and faithful versions by the folks playing Thursday.