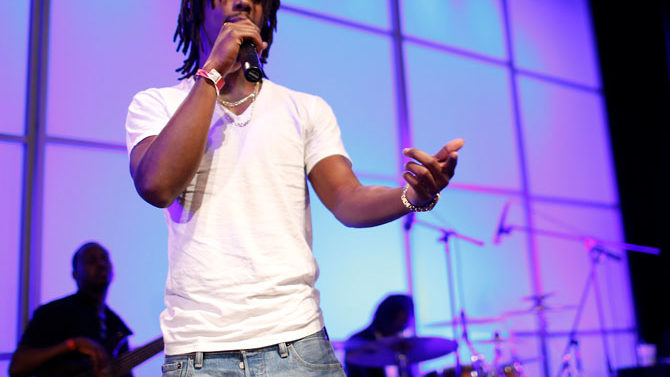 When local activists Mokah and Knowa Johnson organized the first Athens Hip Hop Awards in 2013, the local hip-hop scene was virtually invisible to anyone who wasn’t part of it. Now, on the eve of the sixth installment of the event, the scene is slowly but surely becoming “bigger, better and badder,” according to promoter and self-described “ambassador of Athens hip hop” Montu Miller.

A change in venue to The Foundry, as well as the Johnsons’ ongoing work in the community with the Athens Anti-Discrimination Movement, have spurred the co-founders to up the ante for this year’s awards show. In light of the upcoming local election, the theme for the ceremony is “activism,” and attendees have been encouraged to wear traditional royal African garb.

“It’s important that the hip-hop community in itself is awakened to what’s going on locally,” says Mokah Johnson. “We want to make more emphasis on politics and activism and being involved to make a difference in your community.”

Every facet of this year’s show is intended to emphasize the theme. Because of her activist background, Johnson will co-host the event alongside rapper Larry Gresham Jr., aka LG, to help bring awareness to the Athens Anti-Discrimination Movement and other local causes. Additionally, all the performers have been asked to include a song with a social message, and many presenters are candidates for local office. “We’re not endorsing anyone. We want them there,” Johnson says.

The request that event-goers dress in traditional African attire was a choice made to highlight the need for everyone, but especially the youth of the community, to understand and embrace their roots.

“There’s a problem, because we’re no longer holding on to our history, and we’re no longer respecting the people that came before us,” Johnson says. “The youth don’t care about that. We have to get some of that back.”

The hope is not just to celebrate heritage; it’s also about celebrating where hip hop came from and how it transformed into what it is now. According to Miller, the roots of hip hop extend beyond Harlem and Detroit to various countries in Africa. Miller says even the four essential elements of hip hop derive from African culture—the DJ, who would be the drummer in a traditional village; graffiti writers, or the scribes; the emcee, or storyteller; and the b-boys and girls, or dancers.

“Those elements have always been involved,” says Miller. “We might have called it something different, but there are certain elements in the community that are always there and always will be… [It’s] getting the youth to understand where it came from—[to] understand their history.”

As always, the awards aim to celebrate the culture surrounding the music scene. This year will add another layer to it by encouraging activism and pushing people to understand their roots. The idea is to get people, both artists and non, motivated to understand local politics and help those running for office understand who they represent. Mostly, it’s a chance to educate, uplift and put the spotlight on those who aren’t normally celebrated.

“It’s not individuals; it’s sort of more of a movement,” Miller says. “…You might not hear it in people’s music, but [people in the hip-hop community] will still be there with their boots on the ground when it’s time for us to move towards a cause.”