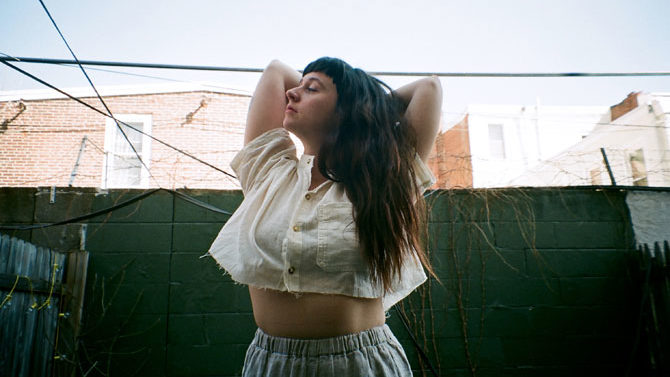 Gilded with more than the usual amount of angst, Waxahatchee’s hot-off-the-press album Out in the Storm encapsulates the end of Katie Crutchfield’s relationship with former bandmate Keith Spencer. The album lands a striking punch. “I think there’s a lot of frustration and anger coming through, which is new for me,” Crutchfield tells Flagpole. “I kind of tend to sort of stick to the melancholy. I definitely strayed from that on this one.”

Though Crutchfield feared the anger would come across as cheesy, in the end, “I think it’s just kind of trying to do what I do and write the way I write and keep it all rooted in truth, I think,” she says. “That’s just kind of what came out.”

That truth generated a change in Waxahatchee’s sound. The new record is more than just another breakup album to throw onto mopey playlists. It marks a deep new level of maturity. Crutchfield sings of a relationship in which she was smothered. “I laid down next to you/ For three years shedding my skin/ Dreaming about the potential/ The person I could’ve been,” Crutchfield sings in the closing track, “Fade.” Earlier in the album, on “Sparks Fly,” after a powerful build-up, Crutchfield proclaims, “I’m a live wire, finally.”

These themes of independence, redemption and newfound confidence spill over into the record’s sound. Until now, Crutchfield refused to record albums in a studio; her last, Ivy Tripp, was recorded in the home she and Spencer shared. But for Out in the Storm, Crutchfield says, “I wanted to make it in the studio, and I knew I wanted my live band to play on it.”

Playing with her band in a studio under the direction of producer John Agnello led to a change in the group’s sound. The rhythm section “sounds really big and huge, more powerful in that way,” Crutchfield says. “There’s a lot more atmosphere, too. I think in the past, my records have had a lot of space, and I think this one has a lot less space. I think it’s fitting, ’cause the record itself, lyrically, even, kinda feels a little bit claustrophobic.”

Out in the Storm is more cohesive than Waxahatchee’s prior albums, thanks partly to Crutchfield embracing her influences. While in the past she shunned comparisons to other female indie-rock musicians, for this album, “My career-long influences came through. I think on Ivy Tripp I was listening to more obscure indie music. With this record, I kinda went in the opposite direction,” Crutchfield says. “Like, really leaned into it. The Breeders, Sleater-Kinney, all of these powerful women making rock music. I’ve kinda leaned into that and want to do that on the tours, too. It’s just, like, cool women playing big, powerful rock music.”

And if any of her listeners are in bad relationships or just got out of one, Crutchfield hopes her music reaches them. “Putting it out into the world and having people react to it, and many people, I feel like, relate to it—that feels great,” she says. “I mean, that’s kinda what I wanted. People will hear it and relate to it, and that will give them some sort of comfort. I’m hoping that’s what will happen.”