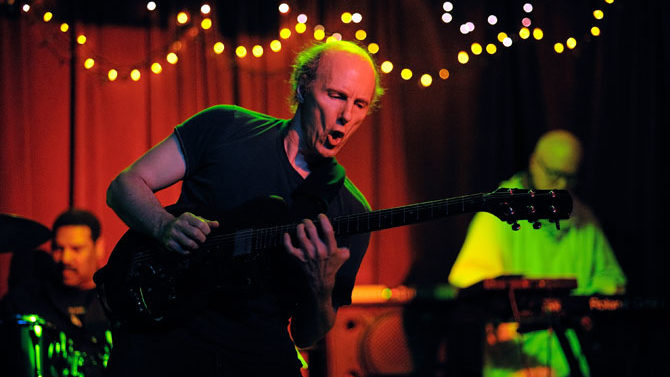 It’s a scary time in the world. Our hearts break regularly as our newsfeeds are flooded with stories of terror and violence. Though these problems cannot be solved overnight, resolution has to start somewhere. In Athens, that somewhere is the Georgia Conflict Center, whose motto is: “Conflict is inevitable. Violence is not.”

In an effort to prevent conflict from evolving into violence, GCC provides tools that help community members address conflict handily and healthily. While providing services for individuals and one-on-one relationships, GCC also works to help schools, jails, businesses and churches. Under the guidance of Executive Director John Lash, GCC has had a significant influence on the Athens community in the eight years that it has resided here.

In part to help fund its services, GCC is hosting Pickin’ for Peace on Sunday at The Foundry, an annual silent auction and benefit concert held during National Conflict Resolution Month. All funds raised through the event go toward expanding the services and programs offered by GCC.

Though it’s a lighthearted, family-friendly event, Pickin’ for Peace aims to deal with deep-seated issues facing our community and nation. This year’s event headliner, Glenn Phillips—the acclaimed Atlanta guitarist and composer known for his solo output and work with the legendary Hampton Grease Band—echoes this sentiment.

“Conflict resolution has never been a more important issue throughout my entire lifetime,” says the 67-year-old Phillips. “We’re living in an age where you have the President of the United States… using conflict as a way to increase his political capital.”

As the U.S. remains profoundly split on many issues, often evidenced by violence, Phillips says the answer is “learning to work together instead of fighting when people think differently from you.” Asked by organizers if he would come play this year’s show, Phillips was eager to sign on. “I’m very interested in the work that they’re doing,” he says.

Phillips has seen not only the communal benefits of conflict resolution, but more personal ones as well. At a young age, Phillips and his father, Charles, became estranged when Phillips decided to pursue life as a musician as opposed to a more traditional career path. Then, one night in May 1973, Phillips’ father came to him and made peace, telling him to not give up on his aspirations.

Later that night, Charles killed himself.

That tragedy had a profound impact on Phillips. “I’ve had panic attacks my entire adult life” before going to the doctor, Phillips says. Yet “my anxiety about doctors wasn’t about doctors. What I realized was that it all started after my father killed himself… It’s all about fight or flight.”

In the end, Phillips decided to face the conflict instead of run. As he began educating himself on conflict, he learned that “you can change—you just have to be open to it.” As he got further away from the event, Phillips realized he couldn’t change it, but “I learned how to change the way I thought about it.” After adapting how he related to his father’s suicide, Phillips stopped having panic attacks.

Phillips infused all of this into his music. In 1975, he wrote and released his first album, Lost at Sea. The eclectic album, considered one of the first DIY recordings and a lost classic for many years, was reissued in 2015 in a collaborative effort by Snow Star, Feeding Tube and Sharat Records.

“The hope was to try to find a kind of timeless music,” Phillips says about the album. “The only way to do that was to be connected to the truth of the moment.”

Even now, when Phillips plays, he doesn’t make setlists. “It’s all an intuitive process—what it feels like in that moment,” he says. Instead of reflecting on hurts from the past or possible ones in the future, Phillips’ goal is to recognize what is happening in the present and meet people there.

In this way, Phillips hopes his music can assist the vision of GCC. If anyone is experiencing unresolved conflict, “There’s a place for them to go that can help them,” Phillips says. “By being part of the soundtrack for that… I feel very lucky and privileged.”

Other performers at Sunday’s show include Klezmer Local 42, Maggie Mason Hunter and Tommy Jordan. Tickets include entry to the concert, access to a silent auction and a beverage. Read more in this week’s Threats & Promises.