Athens Human Rights Festival Gets Back to Its Roots 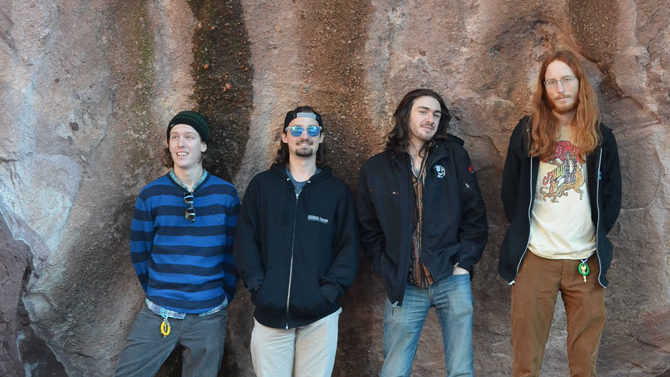 Founded nearly 40 years ago, the Athens Human Rights Festival’s audience has, to a certain extent, aged along with its organizers. But with a new conservative administration to fight, this year organizers say it’s going back to its roots as a student-oriented event.

The AHRF was started in 1979 by UGA law student Marshall Dayan. Begun as a memorial for victims of the Kent State shootings, it started out as a student-run festival; however, by the late ’80s, many students had become less interested in political activism, leaving the festival to be run by those who had been students 10 years prior.

Many of those former students are still part of the festival committee, which is headed by Drago Tesanovich. The committee meets once a week, beginning in January and up until the festival. These organizers’ hope is that young people will start getting involved again.

“We don’t want it to be just old hippies going out there and doing it again,” says John Miley, music coordinator for the festival. Indeed, this year, due in part to the current political climate, the committee has seen a change. “Due to immigration stuff, and the horrible situation we’re in, students are really coming back into it,” Miley says.

The College Square festival—taking place Saturday, May 6 and Sunday, May 7—will feature speakers, live music, kids’ activities and an open mic. Speakers from all backgrounds will touch on a wide range of issues, a variety that’s mirrored in the music lineup. “We always work on having very diverse music,” Miley says. “We’ll have everything from hip hop to jazz to hardcore.”

Miley adds that even the musical performers are skewing younger, including Saturday’s headliner, local jazz-fusion and funk-rock band Universal Sigh. The group was supposed to play last year, but got rained out, and was eager to join the lineup again. The band’s Pace Maynard says, “The whole premise of the festival is really awesome. Tolerance, acceptance. Those are all things the world could use more of.”

The committee is especially grateful for the performers, who volunteer their time and talent. “Everyone works for free and performs for free,” says Miley.

That fact makes the roster of people who have appeared at the festival over the years even more impressive. Past speakers include David Dellinger, a peace activist and member of the Chicago 7; Roy Bourgeois, a priest and founder of School of the Americas Watch; Jesse Jackson, who “stopped by that one year,” says Miley; John Lewis, the congressman and civil rights leader; and Millard Farmer, an anti-death-penalty lawyer who has spoken every year except for one, “when we forgot to call him,” Miley jokes.

The simple goal of AHRF is to address issues that threaten basic human rights. “Everything from civil rights, gay rights, animal rights,” says Miley. “We try to accommodate all speakers and all issues.”

This year, that list includes education. John Knox, a professor in the UGA geography department and the newest member of the Clarke County Board of Education, says he first became aware of the festival because one of his colleagues, Tommy Jordan, has played every year since its start. Jeff Hannan, another AHRF mainstay, asked Knox if he would participate.

“I ran for the board so that there would be more transparency and two-way communication between the board and the citizens of Clarke County, so of course I said yes,” says Knox, who will speak on the concept of education as a basic human right. He hopes to “connect what the United Nations says about education to what we do right here in Clarke County.”

Much of the music will be politically minded, from Jefferson Shuttlecraft, playing the music of Paul Kantner of Jefferson Airplane, to Working Class Heroes, a collection of all-star Athens musicians who will play the music of John Lennon.

Though the festival makes its platforms known, organizers hope to not merely speak to attendees who share their viewpoints; they want to include and invite others who think differently than them. To allow such inclusion, there are several open-mic slots in which anyone can go on stage and speak.

“We do provide a platform, and we welcome other people,” says Miley. “We want to engage.” He adds that the festival also has open tabling. “Any organization can set up, as long as you’re not, you know, selling anything.”

Miley says the committee recognizes that “in this country, there has never been a sociopolitical progressive change that hasn’t come by way of people in the streets protesting… and being in the village square is definitely in the tradition of that.”

As much as organizers might hope to change government policies, the AHRF is primarily aimed at individuals, for attendees “to be informed and reminded… of issues that concern them, and perhaps might want to become more active in that,” says Miley. “That would be the biggest thing.”