How Bob Mould Got Back to Basics 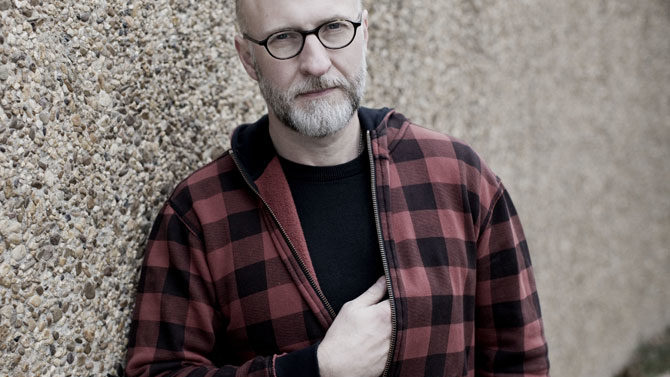 Few artists have managed to exercise their artistic freedom like Bob Mould. The guitarist and singer, who founded the legendary punk act Hüsker Dü, as well as the more radio-friendly Sugar, has taken plenty of detours in his four decades of recording. His latest string of releases, including this year’s Patch the Sky, prove that Mould is still capable of wowing his ever-expanding audience.

Mould credits a recent return to his trademark brash yet melodic punk form in part to his 2011 autobiography, See a Little Light, which he wrote with the assistance of music journalist Michael Azerrad. Azerrad, who previously edited the popular music site The Talkhouse, also featured Hüsker Dü in Our Band Could Be Your Life, his stunning literary portrayal of The Minutemen, Minor Threat, Mission of Burma, Black Flag and other formative 1980s punk and rock bands.

“Recompiling all my work and where I was as a person, I learned a lot about myself. Maybe it wasn’t closure, but it provided some understanding for me of what I had been up to for 15 or so years… It was very difficult. It was only liberating when it was finished,” he says of the revealing autobiography, which features candid details of Hüsker Dü’s demise, as well as an engagement with the musician’s homosexuality, which had previously been something of an open secret.

“It was three years of research and writing and dealing publicly with private issues that I had never spoken about,” Mould says. “It was a lot of work, but I think it took a lot of weight off of my shoulders.”

For Mould, it wasn’t simply reflecting on his career that breathed new life into his music; he found that making new music with a more-than-capable band was also inspiring. “I’ve had a really great rhythm section that adds so much to my work,” Mould says. That rhythm section includes Superchunk and Mountain Goats drummer Jon Wurster and Jason Narducy, who serves as the touring bassist for Superchunk and fronts the band Split Single.

Though the unit has toured together since 2005, an appearance on “The Late Show With David Letterman” last February provided new evidence of the trio’s raw power. A viral video of the performance captured bits of the ceiling crumbling during blistering renditions of “Tomorrow Morning” and “Kid With Crooked Face” from 2015’s Beauty & Ruin.

Mould says his continued relationship with Merge Records is also partially responsible for his recent artistic renaissance. The North Carolina-based curators have released the last three Mould recordings starting with 2012’s Silver Age, all of which have been met with nearly universal praise from critics and fans.

“For these past three records, people seem very into it, and I think it’s because Merge is such a great label,” says Mould. “When people are loyal to a label, it’s because they trust the label and the label earns that trust by putting out good music. It’s been a great fit.”

Mould’s recent work is perhaps best understood in the context of his brief detour into electronica and DJ music in the late ’90s. Mould notes that the time spent away from his usual guitar-centric sound was an attempt to recapture the liberatory impulse that initially captivated him as a young man.

“After the first wave of punk, rave culture became the new punk rock—kids finding abandoned airport hangars and throwing DIY parties with their own generators,” says Mould. “That was all very analogous to the punk rock of the late ’70s or early ’80s that I remember.”

Yet while Mould has never shied away from experimenting with new genres, he’s hesitant to say that new technology is always in the best interest of both artists and fans. “My fear is that I don’t think people understand the sense of community that live music creates,” he says. “When I walk out on a stage, I’m hopeful that I’ll be met with people’s faces, and not a right hand holding a piece of glass at me.”

Fans of Mould’s mid-career work will be pleased to learn that former Sugar bassist and UGA Music Business Program Director David Barbe’s band, the Quick Hooks, will open for the legendary punk rocker during his two nights in Athens and Atlanta this week. Though Mould says an onstage reunion may or may not happen, he’s quick to point out that the friendship between the two has remained intact since Sugar’s dissolution. In fact, Barbe invited Mould to speak to his Music Business students during one of his recent visits to town.

Regardless of how his past has been chronicled on record and through his autobiography, Mould seems content turning his sights on the present. If anything, he’s found a way to continue learning and appreciating the surprises that come along after so many decades of making music.

“I guess I’m enjoying the wisdom that comes with age, along with these last bits of youthful energy,” Mould says with a laugh. “I’m very grateful that everything came together in the last decade like it did. I had no idea that it was going to go so well.”