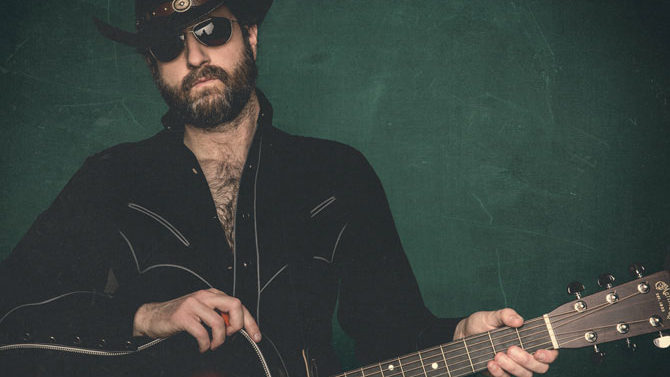 Wheeler Walker Jr. is a stage name, the alter ego of comedian Ben Hoffman. Even after a stint running Comedy Central’s short-lived “The Ben Show,” Hoffman and his persona were relatively unknown until Rolling Stone called his debut “country’s filthiest new album.”

With the exception of his appearance on Marc Maron’s “WTF” podcast, Hoffman prefers not to break character during interviews about Redneck Shit, his new release as Wheeler Walker Jr. He denies that his output is misogynistic, homophobic or even remotely offensive.

“There’s no racism. There’s no homophobia. That song, ‘Which One o’ You Queers Gonna Suck My Dick?’ That’s not homophobic—it’s just pure gay,” says Hoffman in response to a query about how his language might be perceived by minority groups.

Yet Wheeler Walker Jr. isn’t exactly trying to become an LBGTQ icon, either. There’s a strategic ambiguity in the native Kentuckian’s politics.

Although listeners can judge whether or not songs like “Fightin’, Fuckin’, Fartin’” have artistic merit, Hoffman maintains that he ought to be taken seriously, and that critics and audiences will change their minds when they give the record an honest listen. He likens what he’s trying to accomplish with country music to the sometimes crude lyrics found in hip hop.

“I get upset when critics can’t see past the lyrics,” says Hoffman. “I don’t know how anyone can listen to the songs and not find meaning in them, or not look past the crude language and understand… that these are serious songs about serious shit.”

Hoffman says audiences aren’t just responding to the record; they’re showing up in droves to hear his brand of hedonistic honky-tonk. “Whatever I thought would be the best-case scenario, it’s been that times 10,” he says.

To make matters more complicated, Hoffman says the record isn’t intended to be comedy in the least. He hired Nashville producer Dave Cobb, who has previously guided the work of Jason Isbell and Sturgill Simpson, to take control of the sessions, and enlisted several Music City aces to play on the record.

Redneck Shit also has some serious backing in terms of its distribution. Again, Hoffman tapped the resources of Isbell’s management company, Thirty Tigers, to help land the album in record stores across the country. (We asked Thirty Tigers and Dave Cobb about their involvement with Hoffman, and they both declined to comment.)

Whether the country music elite will stick around to further assist Hoffman is to be determined, but there are plans to follow up Redneck Shit with another album very soon.

“I need to prove to people that this isn’t a shtick,” he says. “This is a career. I want to be talking about my fifth record.”

And Hoffman stands by his claim that his music isn’t meant to be funny. “It’s real country music. We did a West Coast tour and sold out the Troubadour [in Hollywood]. The audience was full of country music fans. They weren’t laughing—they were out there dancing,” he says.

“I look at our audiences, and they are packed,” he continues. “They’re singing along and having fun. I would stop tomorrow if I thought I was causing any kind of evil.”