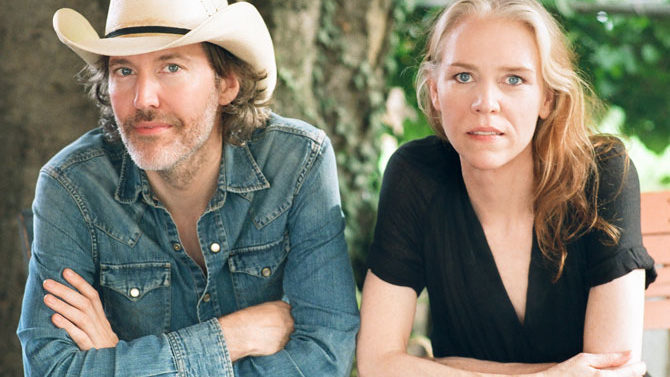 Gillian Welch has a lofty goal in mind every time she takes the stage. “My hope is that we can do something fairly transportive and sink into this other world,” she says.

Unfortunately, that objective isn’t attainable in every setting. In fact, Welch recently coined a neologism to describe music-festival performers with folk sensibilities having to deal with nearby artists performing at extreme volumes: “being Skrillexed.” While performing at the Austin City Limits Festival, Welch had to cut her set short due to the electronic artist’s excessive volume.

Wildwood Revival, where Welch will perform this weekend, is something different altogether. Although this year will mark her first appearance at the more laid-back festival, Welch is observant enough to call it “the antithesis of the big, loud, crazy festivals,” before admitting that she feels much more at home in a theater or club setting.

“It is a lovely thing to play outdoors, but not when there’s sound coming from everywhere. I’m a pretty sensitive person, and it’s sometimes a lot of stimuli to process,” says Welch of the usual festival experience. “It’s almost more of an athletic event for me.

“If I were not the performer, there is absolutely a time and place for wanting to go to the carnival and having sound and lights coming from everywhere,” she continues. “I’m not going to say anything against the wildest scene that any of these festivals can conjure. But I’m just not sure I can offer the experience that our music is supposed to give in that setting.”

The folk singer and her partner, producer and songwriter Dave Rawlings, have had plenty of practice honing their craft over the past decade-plus, either with Welch up front or with Rawlings’ band, the Dave Rawlings Machine.

With the Machine, Welch toured alongside John Paul Jones, the former Led Zeppelin bassist, composer and arranger. The group, including Jones, performed at the Georgia Theatre in 2013 on its short jaunt around the Southeast. (The group returned to the Theatre earlier this year minus Jones.)

“I’m not sure if there are other people like [John Paul Jones]. There’s just him. He’s a unique guy with a profoundly rich career in music,” Welch says, adding that Jones was gracious and humble throughout his tenure in the Dave Rawlings Machine. “He just rolled around with us like anybody else in the band. He was very generous,” she adds.

Welch says performing alongside a living legend like Jones was simply another experience in a long career of being on the road and in the studio with capable musicians. In addition to Jones, Welch has worked with the late Ralph Stanley, as well as Beatles and David Bowie engineer Ken Scott. “You learn stuff from every person that you play music with. It’d be hard to put into words, but it’s always better,” she says.

Yet staying coherent with the folk tradition throughout her career despite working with a wide variety of artists and producers has been Welch’s motive all along. “We stay true to that continuity because we can’t be satisfied otherwise,” she says. “This is the only way we can be happy.”

Though some traditional artists might choose to cash in on a more marketable sound, Welch says becoming famous was never part of the plan. “We never just went and got the big band and did all of the stuff so that more people would play us on the radio,” she says.

Despite an uncertain recording industry, Welch stays true to her belief that quality songwriting is a worthy pursuit, no matter the financial outcome. “I guess I’m an idealist. I believe that if Dave and I write the greatest song we’ve written, we’ll sell more records. That’s our bottom line. That’s our fundamental belief,” she says.

Regardless of how her music is received, Welch will go on doing what she’s always done, which is writing and performing. “I do believe in great art at a deep, deep level. We believe that great art—should we ever be capable of making it—will win out,” Welch says.

What’s Going Down at Wildwood Revival

Get excited, but be warned: It appears that the festival may once again sell out in advance of its three-day run. If you miss out on tickets, your best bet may be to ask and/or click around; there are bound to be folks looking to sell their extras around town and online. [Gabe Vodicka]