Five Essential Releases by (or About) Daniel Johnston 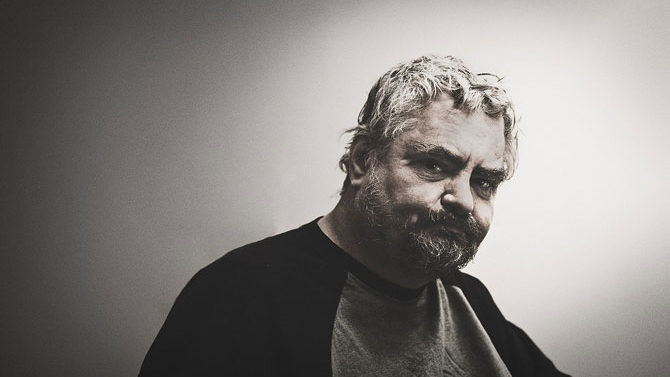 While a long list of talent comprises this year’s Popfest lineup, the appearance by folk artist Daniel Johnston is notable for a number of reasons, the least of which is that he rarely performs in front of an audience. Although Johnston spent most of his formative years in the quaint northern panhandle of West Virginia, he became an icon of indie rock outsider art after settling just outside of Austin, TX. If you’re unfamiliar with the Beatles-obsessed singer-songwriter who has spent a lifetime battling mental illness, here’s a primer featuring some of his notable works and others’ takes on his legacy.

This is arguably Johnston’s most widely recognized tune, a to-the-point expression of unrequited love and hope that can’t help but tug on your heartstrings despite its grainy production. There’s no direct reference to the singer’s onetime girlfriend, Laurie Allen, but the song is proof that phenomenal art can be the product of ineffable pain. It should only take a few strums of Johnston’s somber guitar before you become a lifelong fan.

Although “True Love” is Johnston’s most covered song (Beck, Wilco and Spiritualized have all recorded their own versions), Chesnutt’s beautifully blistered rendition of “Monkey in a Zoo” (originally released on 1980’s Songs of Pain) from the covers collection The Late Great Daniel Johnston: Discovered Covered will absolutely tear you to bits. Listening to Chesnutt’s haunting version, one can’t help but wonder what a collaboration between the two artists would have sounded like if the opportunity had ever presented itself.

Documentary: The Devil and Daniel Johnston (2005)

Even with a ringing endorsement from Kurt Cobain, Johnston wrote and recorded in ultra-obscurity throughout the ’80s, ’90s and early 2000s. It wasn’t until the release of this documentary that a wider audience took notice. Featuring interviews from famous fans like David Bowie, Beck, Matt Groening, Tom Waits and others, the documentary makes a compelling argument for why Johnston belongs in the canon of great artists, despite his tumultuous and sometimes heartbreaking life and career. Watch for the anecdote about Johnston attempting to crash his father’s plane during a manic episode.

Many of Johnston’s earliest recordings were taped on boomboxes and reproduced on cassette by the songwriter before they ever saw a wider distribution (see Songs of Pain and Hi, How Are You?). Following an uptick of publicity in the 2000s, Johnston’s recordings became more polished and sonically sharper. Earworms like “Mind Movies” and “Queenie the Doggie” have a jangly, singalong quality that feels immediately recognizable and infinitely pure, thanks to Johnston’s childlike vocal delivery. Another Johnston staple, “I Had Lost My Mind,” also gets some sonic massaging, a testament to his ability to write reflexively about his struggles with manic depression. While it may not be Johnston’s most universally lauded record, it’s a fantastic entry point for curious newcomers.

Book: The Incantations of Daniel Johnston (2016)

Blending biography with reflective prose about the underside of fame, writer Scott McClanahan takes on Johnston in a medium that the folkster has long obsessed over: graphic novels. It doesn’t hurt that the accompanying visuals, from Spanish artist Ricardo Cavolo, are equally mesmerizing and do a good job of invoking Johnston’s obsessions with demons and his songwriting’s other recurring themes. Although Johnston had little to do with the book’s creation (he’s never met McClanahan and only met Cavalo once), this stunning work is already re-igniting interest in the songwriter’s storied career.