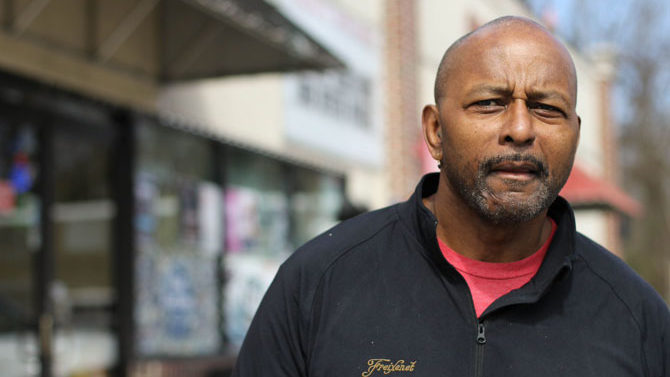 When DJ Dwain Segar moved here from New York, he drove to Atlanta each weekend to hear high-quality smooth jazz. Now he’s putting Athens on the map instead. Segar, a radio host for WXAG 1470 AM, started a monthly smooth jazz series at The Foundry in 2014 and hopes to up the ante this year by bringing in young jazz musicians who are climbing the charts.

By piggybacking on tours that stop in Atlanta on Fridays and Saturdays, Segar plans to draw artists who are willing to drive over on Sundays. “Something had to give,” Segar says. “Now, instead of going to Atlanta, Atlanta is coming to us.”

Feb. 28 marks concert No. 18 in the Segar Jazz Affair series. John Dunn and the Jazzman Band, known in Athens for their shows at the annual Hot Corner festival, headline the night along with poet Hazel Roach. Segar will spin opening music before the two sets begin at 6 and 8 p.m. “Smooth jazz is something you can work to, drive to and conversate to,” Segar says. “I always say there’s a lot we can do with smooth jazz.”

Segar focuses on smooth jazz in particular for its funk and rhythm-and-blues influences. Generally, a four-piece band with saxophone, keyboard, bass and drums plays downtempo instrumentals with layered-in vocals. Saxophonists Kenny G and David Sanborn come to mind. Smooth jazz fans may think of saxophonist Boney James, guitarist Norman Brown and guitarist Ken Navarro, Segar says. “Most people say they know about jazz, but not the difference between the jazzes,” he says. “In many cases, we’re still educating Athenians about smooth jazz.”

When Segar approached The Foundry about hosting a new series, Foundry Entertainment president Troy Aubrey thought smooth jazz might make a nice fit for Sunday nights. He wasn’t sure what to expect. To his surprise, Segar’s first event drew nearly 200 people. “It works great and is a unique crowd,” Aubrey says. “You don’t see our typical regulars, so it’s nice to branch out and have different folks experience live music here.”

The series tends to draw an older crowd, Segar says, which is “great in a college town because the older generation has nowhere to go.” The monthly event has also become popular with couples who go out on Sundays for date nights. To play up the fun atmosphere between sets, Segar sometimes hosts his own version of “The Newlywed Game,” the television show that pits couples against each other to answer revealing questions. “All colors and races come out,” Segar says. “When I was doing jazz in New York, that’s what it was like.”

During the week, Segar works at J’s Bottle Shop and hosts radio shows on Tuesday, Wednesday and Saturday evenings. WXAG broadcasts family-oriented gospel, talk, news and sports. It is the only locally-owned commercial radio station in Athens. Segar has built a following from both his radio show and the monthly concert series. “Who would have thought the smooth jazz market in Athens would bring out 150–200 people every month?” Aubrey says. “I’ve been learning more and more about the genre, and it’s a cool event.”

This year, Segar and Aubrey are reaching out to regional and national groups for the series. They’re making offers to artists who are beginning to land on the jazz charts and create a name for themselves. Aubrey wants to stick with the current $10 ticket range but has considered bumping the price up if demand sustains top-name acts. “We’re talking about taking the series up to the next level this year,” he says. “We’ve made some offers to agents and are trying to make that happen.”