Leonard Piha with his painting “My Dad.”

Leonard Piha’s “Celebrating Painting and Sculpture,” now on view at Athens Academy, is a celebration of many things: family, memory, Jewish life, the natural world and more. With its bold colors, recycled materials and often childlike simplicity, the show as a whole has a playful quality and is fun to view.

At the reception for the show on Sunday, the artist emphasized that he was not a trained painter, but was now feeling compelled to paint. He did say, rather modestly, that he had a lot of experience mixing colors. Piha has been the art teacher at Barnett Shoals Elementary School since 1998. 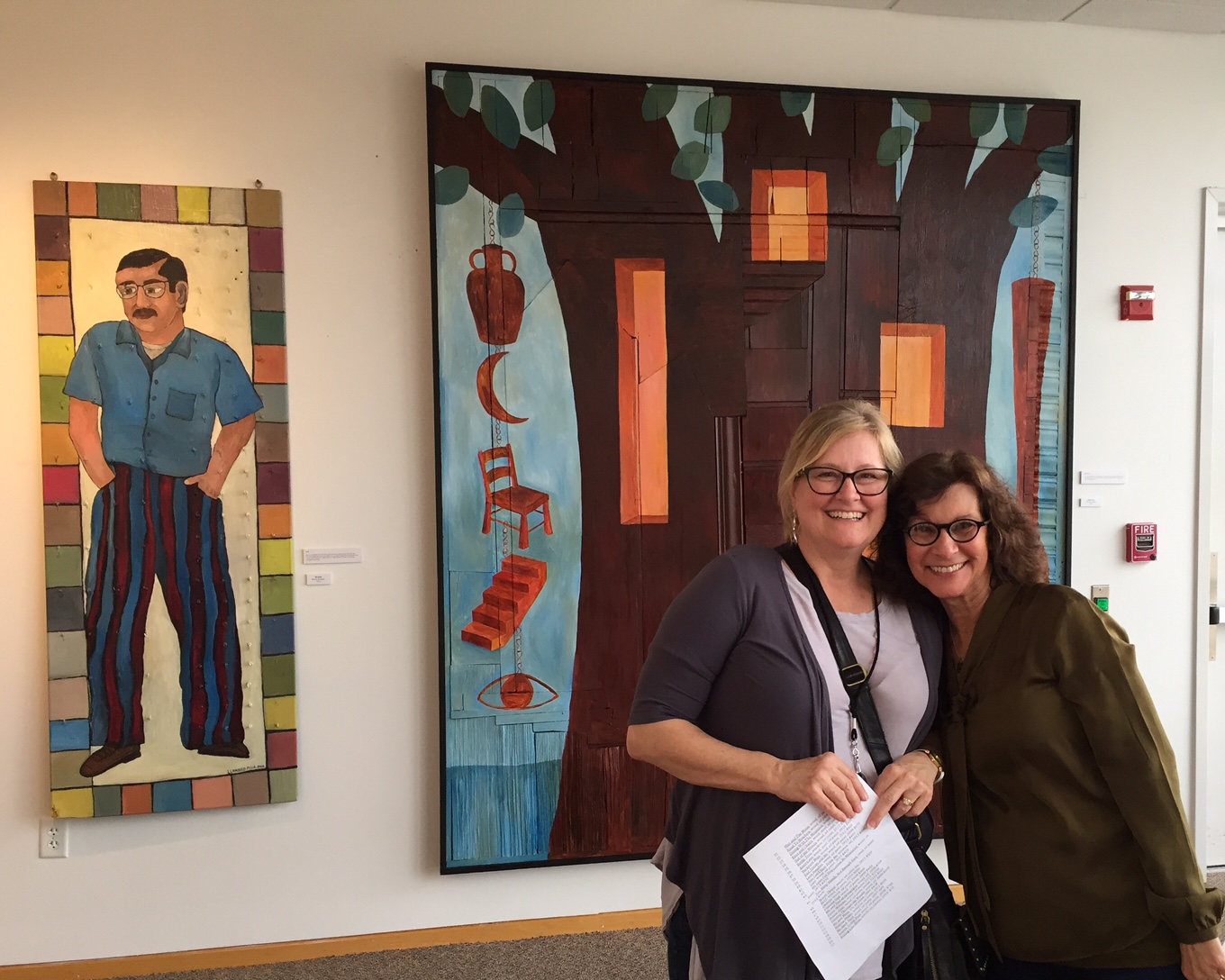 Academy teacher Kelly Sanders with Lenore Bramblett at the reception.

Looking at the exhibit, it would appear that he has a good time painting. The Meyers Gallery is packed with work. It’s on the walls, on pedestals on the floor and even in the windows. While his trademark wood and rusted metal are still present, rich colors are everywhere. Visitor Barbara Gale was taken by the works. “Many of the colors and materials are very grounding, but then you have all these bright colors. It’s very joyful.”

Piha trained as a sculptor, graduating from Cranbrook Academy of Art in 1983. While painting has moved to the forefront of his work, assembling, piecing and constructing are still deeply important to the artist and remain significant parts of the process. 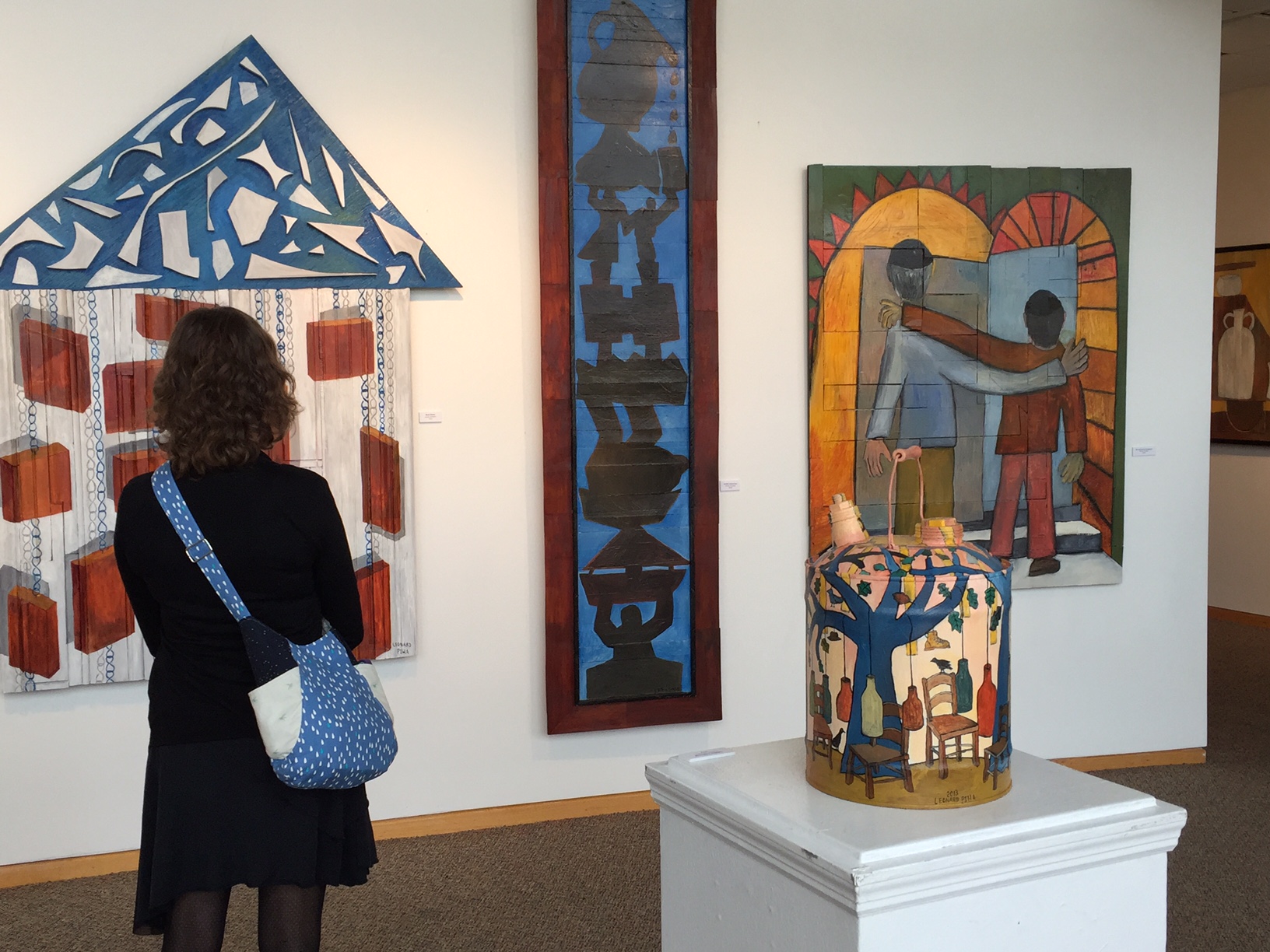 The exhibit includes “Outdoor Gathering,” a recycled tin can that Piha painted with favorite motifs.

In one work, “My Dad,” Piha recycled an old board covered in little cup hooks to use as his canvas. Years ago, one of the artist’s sons, Isaac, had salvaged the board from a storage closet. He was then the quartermaster for his boy scout troop and in charge of keys and badges, which had once been hung on it. Piha later chose to incorporate the board in this particular work because it reminded him of his father and his father’s woodworking space in the basement where things were hung everywhere.

“I’m obsessed, just like any other artist, with certain things. And I’m obsessed with my father,” Piha shared candidly. His father died tragically at a young age and Piha’s memories of him frequently surface in his work. 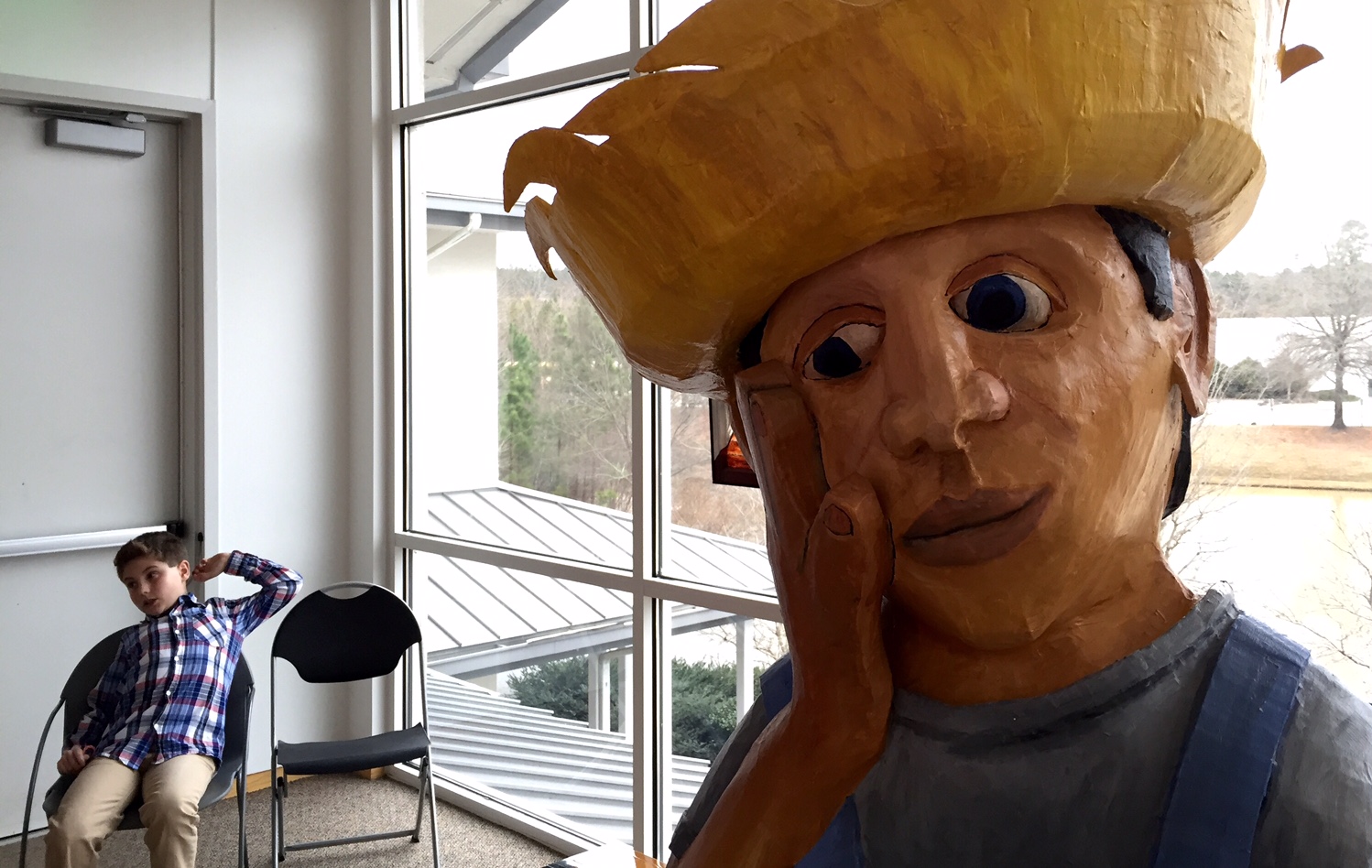 Piha’s sculpture “Jewish Farmer” is made of layered cardboard and oil paint.

Many Jewish viewers will respond to several works depicting set tables, a centerpiece of Jewish family rituals and celebrations. “Seder at Chabad” is a riot of pattern with tables covered in bottles of wine and bowls of parsley atop its gridded floor. “Table for Four” features a quilt-like surface created from hundreds of scrap wood squares that are cut, pieced together and painted in luscious yellow. The placemat settings are placed at odd angles, creating movement reminiscent of Chagall.

Lenore and Randall Bramblett were there and spoke admiringly of the artist. “I’ve known him a long time,” Lenore said. “If you know Leonard, you know that there is so much of him in this work.” 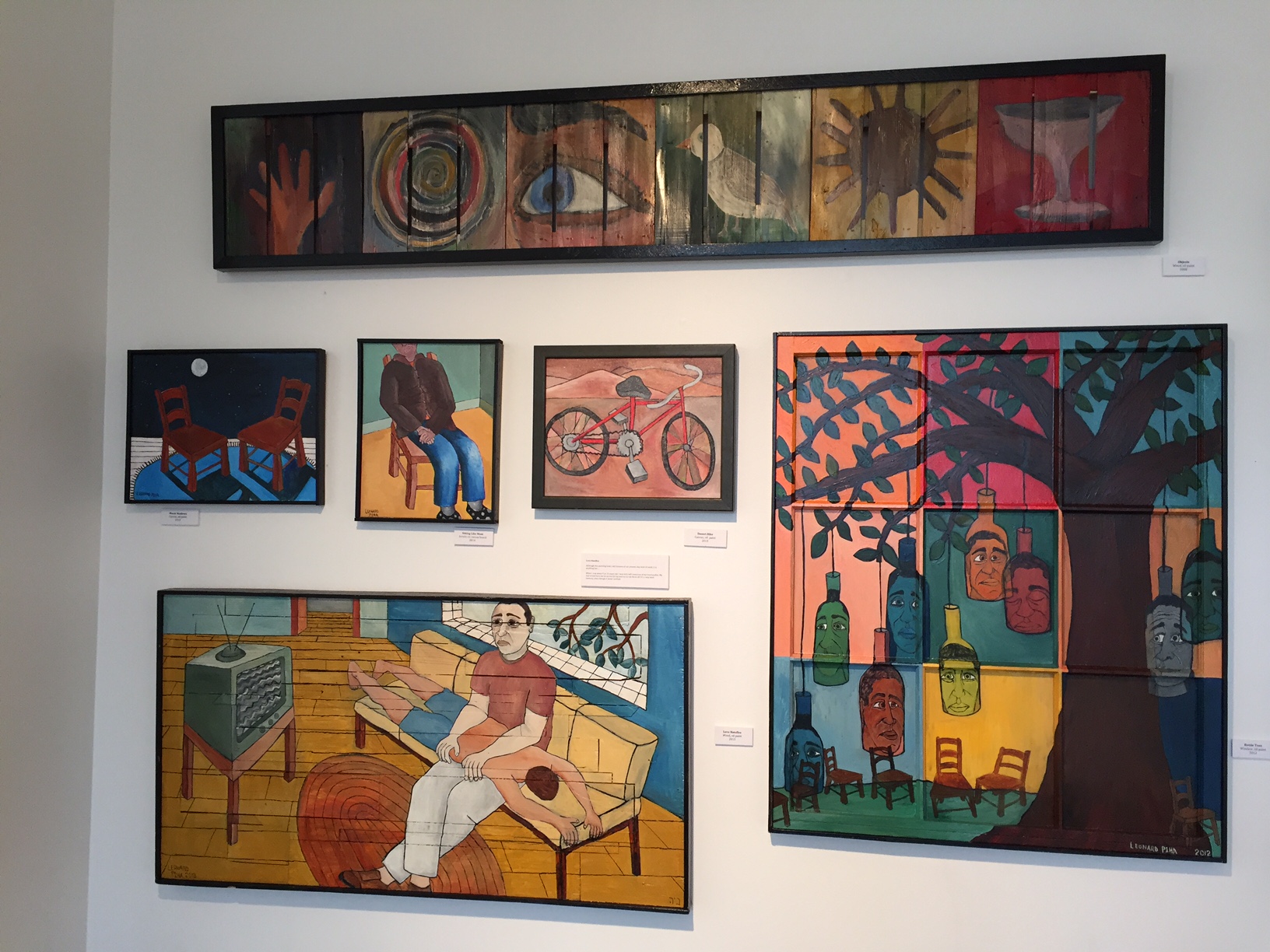 Works by Leonard Piha, including “Love Handles” at lower left.

“Leonard Piha: Celebrating Painting and Sculpture” will be on view at the Meyers Gallery at Athens Academy through Friday, Apr. 15. The space is open from 8 a.m.–5 p.m., Monday through Friday.