The Roving Garden Party, hosted annually by The Boulevard Gardening Club, is a festive event well worth donning your straw hat to beat the heat for. This year, these creative, urban gardeners offered up six gardens in the Lyndon-Cohen-DuBose corner of the Boulevard neighborhood, where visitors  could explore the concepts of renewal and new growth. Most of the homes on tour had been built within the past 10 years; the small, accompanying outdoor spaces offered lovely views into the early stages of making a garden.

Builder and designer Tom Ellis and his wife Sarah, an in-town realtor, share a unique home and garden that is reflective of their commitment to urban renewal and creative solutions. Their house was the only older one on tour, but the couple actually added a new, separate “addition” on the back of the existing home’s long lot to accommodate their growing family. The tiny, 300-square-foot original house holds Tom’s office and space for guests.

According to Sara, “The large backyard is fenced and serves as space for kids and dogs. The middle garden is for entertaining and adults.” The homeowners worked with Mary Attaway of Bent Fern and Brent Antrim of Chauncy Gardners to create a formal but modern entertaining area. Mulched beds are planted with cheerful and casual plants and surround a small patch of grass that can accommodate tables for parties. It also serves as a visual respite for the planted areas. About plant choice, Sarah says “It was important to me to have a lot of color year round—as much as possible.”

The Ellis’ yard features the largest Osage Orange tree in the Southeast. Many of these young gardens benefit from the shade and structure provided by old magnolias and other large trees from gardens established long ago.

The Ellis’ have displayed art by local artists like Lou Kegel and Heidi Hensley outdoors on exterior walls and fences. Indeed, art is an important feature in all of these gardens. 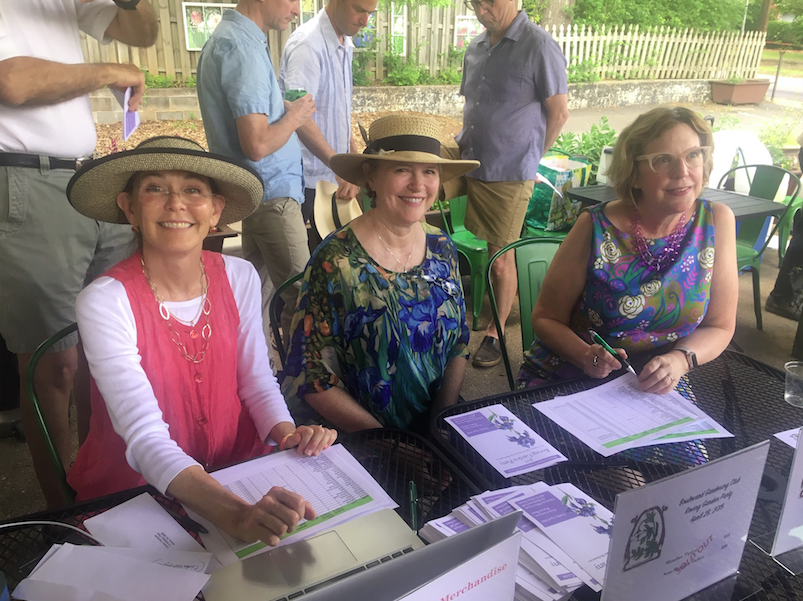 The tour began at Heirloom Café.

The home of Durwood Pepper and Jim Taflinger was also on the tour. Durwood is a folk artist who worked for 10 years with RA Miller; he is listed as a collaborator on Millers’ work in the permanent collection of the Georgia Museum of Art.

Pepper and Taflinger, who moved to Athens last year, are just beginning work on their property, and sought advice from their visitors yesterday, leaving out a plan of the lot where guests could pencil in their suggestions. For now, a number of folk art paintings and whirligigs anchor the property and provide interest to their burgeoning garden. 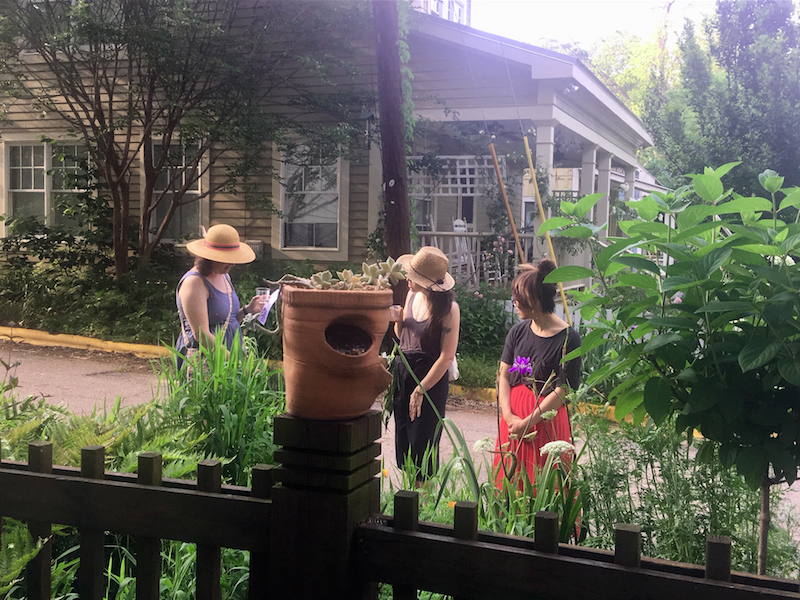 The most mature garden on the tour belonged to landscape architect Barrie Collins. Collins created it for his mother years ago. Now Collins, his wife Angela and their family inhabit the home. Memories of his mother and her relationship to the garden are dear to the designer.

About his approach, Barrie said “I wanted to design gardens that are wilder but in the early years what I ended up with was chaotic dissonance. Throwing a bunch of plants down and saying ‘have it’ doesn’t work. I visited Balboa Park in San Diego many years ago and there was a boxwood parterre garden with California wildflowers erupting from within. From that visit I came to believe the inherent human need for order could be respected in garden design in a way that set the designer free. By including more formal elements, boxwoods, hardscape at right angles, etc. the spaces in the garden could be more primal.”

Here, a fence and other architectural features reign the plants in, grounding them and giving structure. Queen Annes Lace punctuates the profusion of green that bursts out of the yard and softens the edges where the home meets the street. The garden feels peaceful and relaxed—a respite. 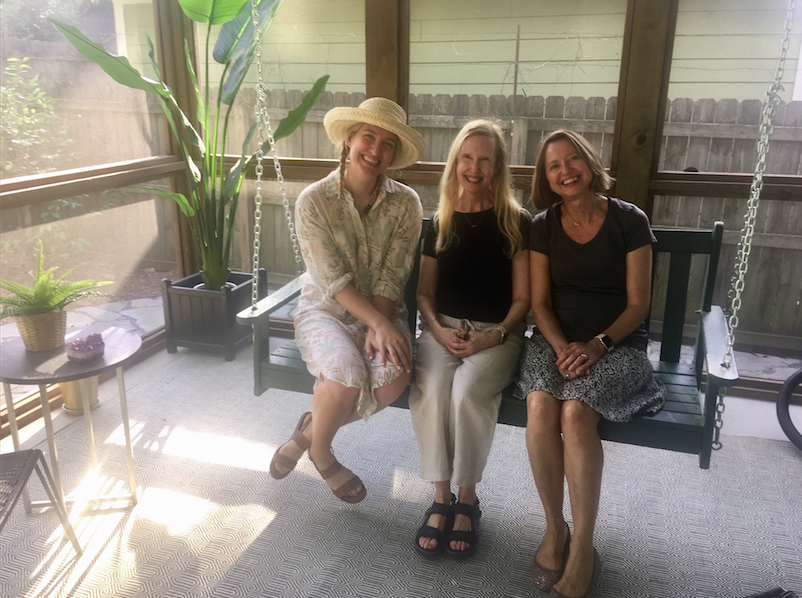 Community-minded restaurants like Heirloom Café, Half Shepherd Market and Cheese Shop and Maepole  served up remarkable dishes at each garden, like a vegetarian sandwich loaded with hummus, roasted eggplant and pickled radishes. Members of the gardening club prepared homemade seasonal desserts with ingredients from the garden like rosemary lemon pound cake. At one stop, visitors could even choose from hundreds of potted plants and seeds to take home that were provided by members from their own gardens.

Upcoming events from hosted by the Boulevard Gardening Club include a talk by landscape architect Josh Koons on creating neighborhood parks. 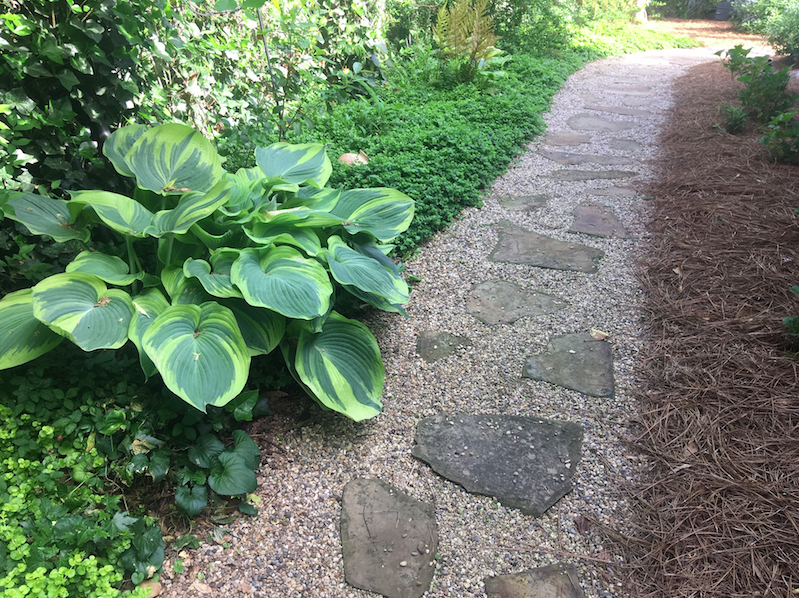 A path in the garden of Donnatella and Richard Alexander.

To learn more, including how to join, visit www.boulevardgardeningclub.com.