Collectors Flock to the Opening of ‘Perspectives’

Georgians, apparently, are manic for regional pottery. This was made clear Friday night at the opening of “Perspectives” at the Oconee Cultural Arts Foundation. Arriving late, I was lucky to get one of the last parking spots in a nearby baseball field.

A carful of women from Roswell pulled in at the same time, and we spoke briefly as they hustled past the live jazz and the catering, paid their admission and went straight to the goods: the sale of functional work by some of Georgia’s best artists working in ceramics. These ladies come every year, and they had some serious shopping to do.

“Perspectives,” now in its 15th year, is a weeks-long series of events, studio visits and exhibits showcasing the work of 50 of the state’s most accomplished potters. The annual event kicks off with an opening gala and preview sale that draws visitors from all over Georgia.

“You’re in the show, but you’re not in the show every year,” Carter Gillies, a participating artist, stated. Gillies was also in the first “Perspectives.” “It really was more of a local event at that point, but in the intervening years it has become more regional. We really are showing a lot of potters in the state.”

Ultimately, it is a show about collecting.

“Ten years ago, when I started working at OCAF as assistant director, ‘Perspectives’ was my first event,” Cindy Farley, current OCAF Director, recalls. “I was astonished by the work, and from that show, I purchased a porcelain oval pitcher by Tim Sullivan. It’s a sleek amber colored vessel with a glassy finish and still one of the most beautiful pieces in my collection.”

“Participating Potters: 2017,” the annual exhibit of two of the best works by each of the  featured artists, is a testament to the quality of Georgia pottery. These are displayed alongside one piece from each artist’s collection. The juxtaposition adds depth to the show and provides insight into the mind and process of the potters.

According to Gillies, “Some of the pots in peoples’ collections are so different from their own work. A very tight potter might bring in a wonderfully loose pot. The connections among the work expand your horizons.” 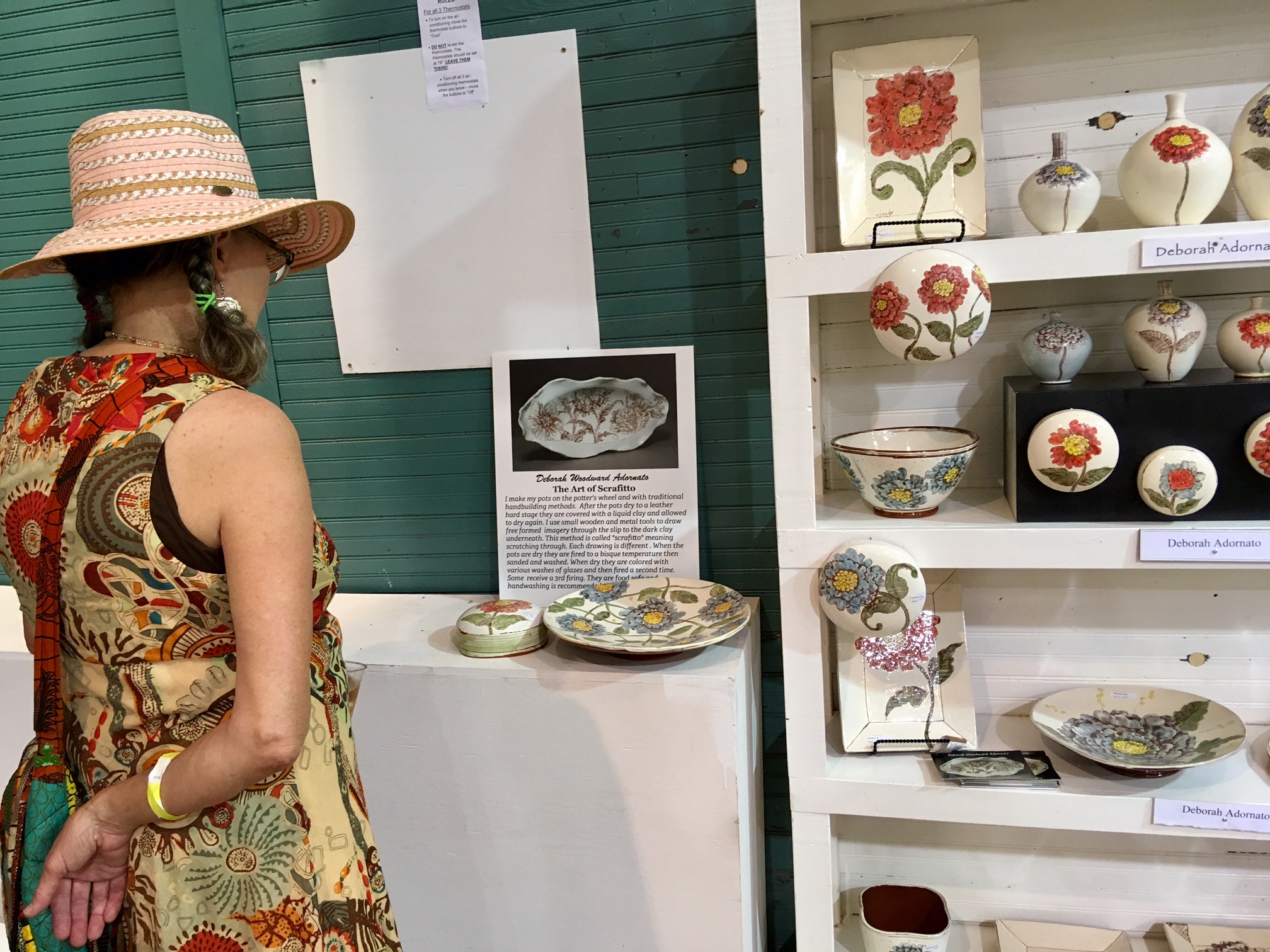 Work by Ron Meyers is included by many of the artists as their collected piece, reflecting his influence as a teacher and mentor. Ann Woodruff shows a beautifully executed pot by an unknown exhibitor at an ACC Crafts Fair from 1981. It’s earthy staccato texture and organic abandon echoes her work, but on a much smaller scale than her own massive pieces.

About this year’s opening night, Farley says, “Something that I noticed immediately was how much longer attendees stayed in Rocket Hall to shop and visit with each other now that it is air conditioned. Compared to 2016’s opening, last night we saw a 25 percent increase in Rocket Hall sales. We’ve also seen growth in gallery sales.”

“Perspectives” is open through Wednesday, Sept. 13 and features a number of special events and extended hours. Go to ocaf.com for more information. 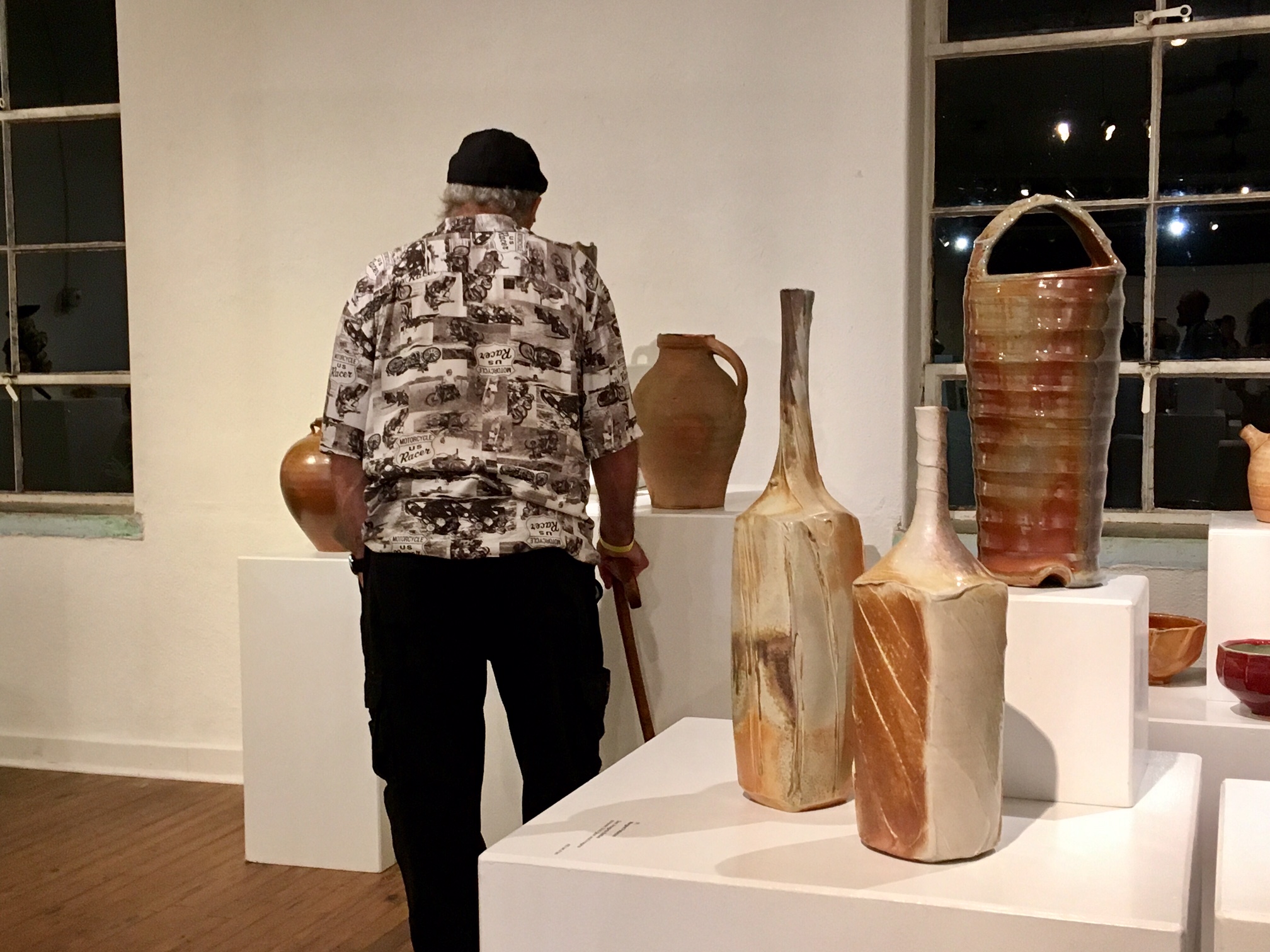 The “Participating Potters: 2017” exhibit is a highlight of “Perspectives.” 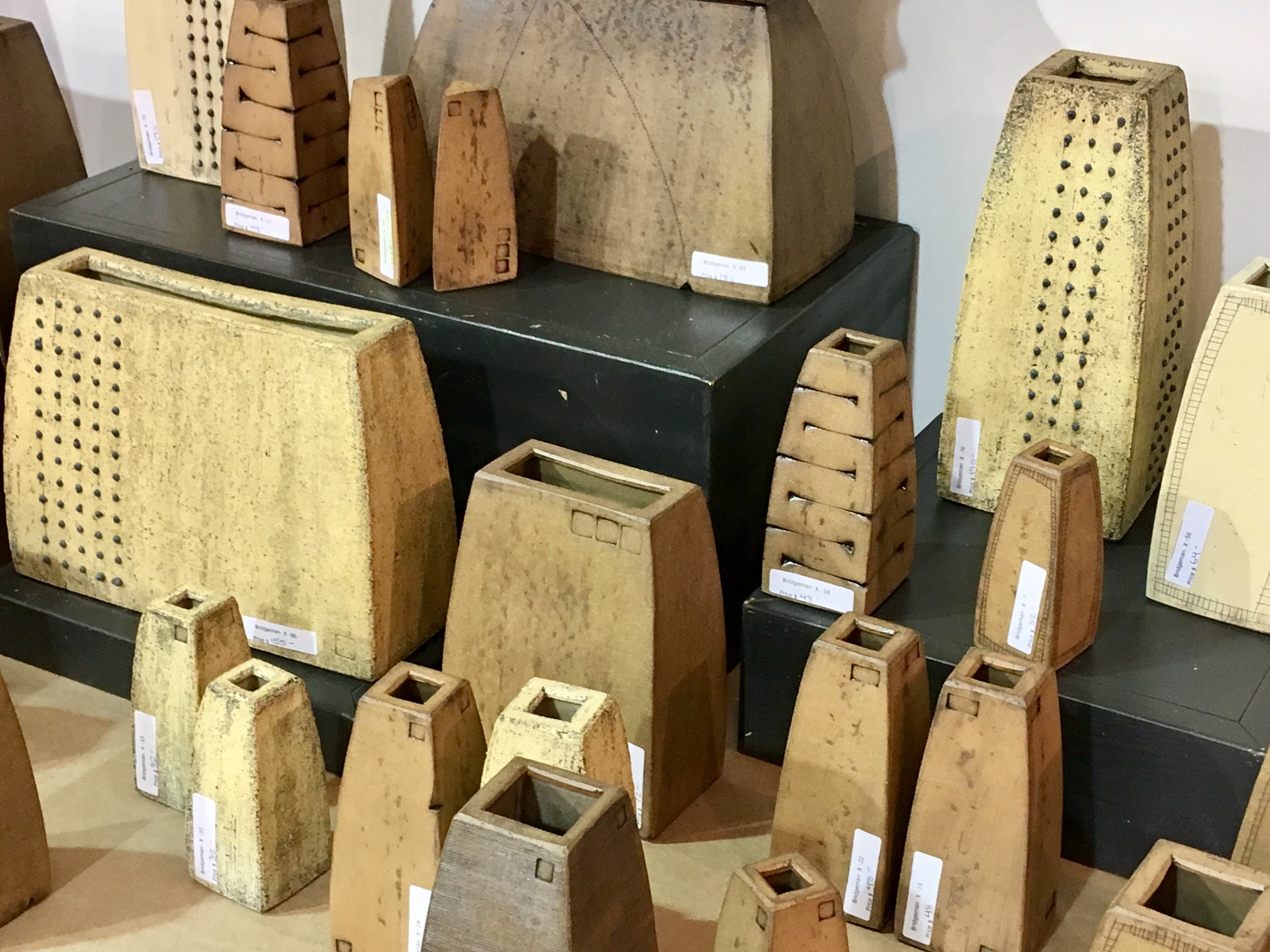 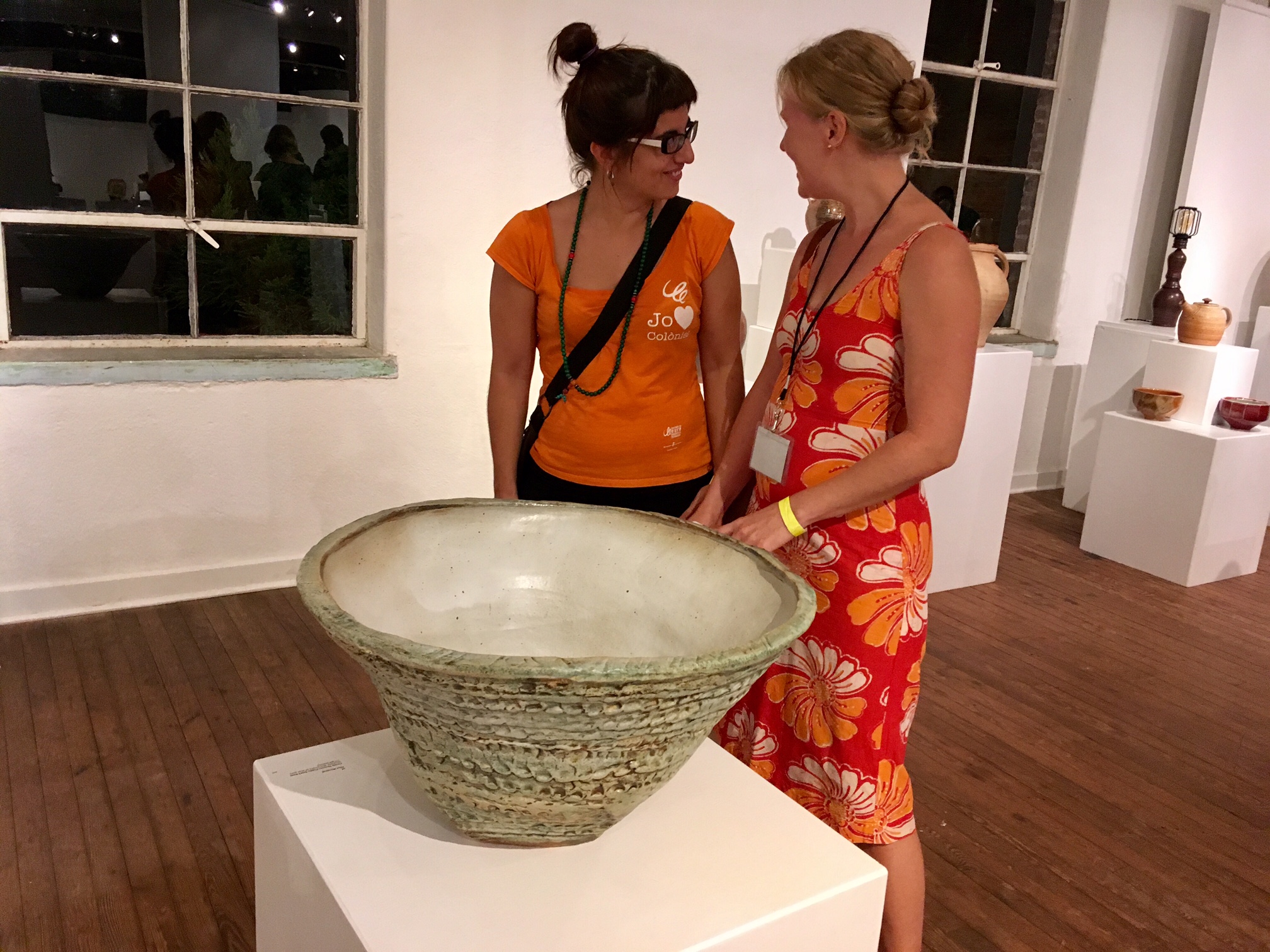