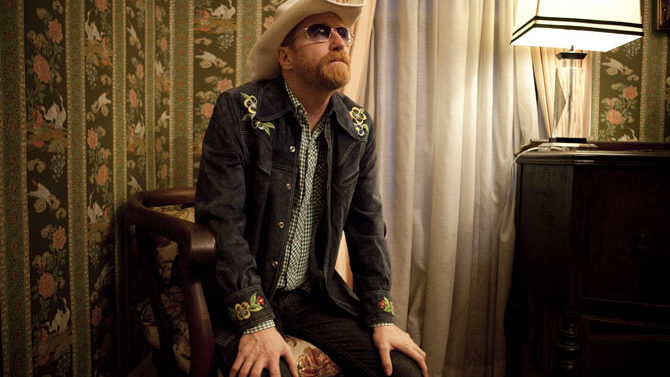 Speaking with David Lowery, it’s difficult to avoid a certain elephant in the room. The Cracker and Camper Van Beethoven frontman, who is also a lecturer in UGA’s Music Business Program and spends most of his time in Athens, is at the helm of a class-action lawsuit recently filed against Spotify. The suit claims that the streaming service owes artists $150 million in damages caused by reproducing and distributing their copyrighted works.

“It’s a class-action lawsuit, which just means that I’m the example,” says Lowery. “I don’t really, ultimately, have as much to do with it as people might imagine. It’s not as all-encompassing as one might think.” Lowery adds that his involvement in the high-profile lawsuit hasn’t changed his day-to-day life. “Basically, I’m going about it as I’ve always done. I blog about artists’ rights, I perform with my band, and I teach at the University of Georgia. It doesn’t really change all that much.”

With the Cracker Camp-In set to occupy the 40 Watt this weekend, Lowery has plenty to talk about well beyond the scope of streaming services and artists’ rights. (He’s currently unable to speak publicly about the lawsuit in any sort of detail.) Although the three-day Camp-In is now an annual affair, this year’s event marks an opportunity for Lowery to reflect on his prodigious output over the past several years. In addition to Cracker’s latest offering, the two-disc Berkeley to Bakersfield, Camper Van Beethoven also released new studio material in 2013 and 2014.

“We’ve been pretty active lately, writing and recording music,” says Lowery. “I’ve put out six discs of music since 2009.” He notes that four of those six releases were recorded in Athens with engineer Drew Vandenberg, which has helped keep ties with his new hometown especially tight.

While other veteran bands may be slower to record and release new material, Lowery says offering a new crop of songs every so often works to his advantage and that spending time in the studio will remain his focus during lulls in touring.

“I’ve noticed that bands are spending quite a lot of time between albums these days. Economically, they’re just not as profitable,” Lowery says, offering insight as to why there are gaps in output for many of his contemporaries. “You need to go on the road more, and it’s really difficult to write on the road.”

In addition, says Lowery, rather than relying on an appeal to nostalgia through his bands’ back catalogs, new material is a good way to remain relevant. “A lot of bands from our era don’t do that as much. I think that helps us stand out. It’s pretty easy for a band to go out and play songs that they’ve played for the past 20 years. It’s a whole different game when you go out and you play old stuff but you also have a new album. You’ve got to be more on your game.”

Longtime Cracker fans may have noticed hints of roots music throughout the band’s career. Although Lowery admits the country-tinged Berkeley to Bakersfield was something of “an accident” rather than intentional from the outset, he says he found that it was an accurate way to represent Cracker’s disparate catalog. “This was a good, high-concept way of explaining what Cracker does… a rock band with a roots and alternative country thing,” he says.

Recorded in the cities of its title, the album is more than a recall of Cracker’s influences. In fact, the decision to record the country-inflected songs in Bakersfield was especially deliberate. “Bakersfield used to be the Nashville of California,” says Lowery. It’s no surprise that those songs echo Buck Owens and Merle Haggard, two artists that were active in Bakersfield back in the day.

While Cracker and Camper Van Beethoven may cater to different sets of listeners, Lowery says shifting identities between the two bands is hardly difficult, given that they have toured with one another for quite some time.

“It’s actually easier in some ways,” says Lowery of the kinship between his two bands. “In Camper Van Beethoven, there are these long, instrumental passages in each of those songs. And I get to relax—I’m only singing about a third of the time in a Camper Van Beethoven set, whereas with a Cracker set, I’m often singing at the top of my lungs for an extended period of time.”

The event has become a veritable hometown throw-down. Though Lowery is originally from California and spends part of his time in Virginia, he’s quick to admit that his Athens has grown on him. “Anyone who is an indie rocker is an Athenian. It’s the capital of the nation of indie rock.”

David Lowery has become known as an activist for artists’ rights in the digital age. Here’s a snapshot of some of the major moments in his recent career.

February 2012: Lowery delivers an address to the San Francisco Music Tech Summit titled “Meet the New Boss, Worse than the Old Boss,” about the impact of the Internet on the recording industry and artists’ rights.

June 2012: Responding to an NPR intern who defended her choice to download music illegally, Lowery publishes a scathing, 4,000-word open letter addressed to young consumers of music on his Trichordist blog.

June 2013: Lowery pens another indictment of streaming services, writing that after 1 million plays of Cracker’s “Low” on Pandora, he received a royalty check for $16.89. Although his argument is subject to scrutiny, Lowery maintains that streaming services are economically disastrous for artists.

January 2014: Lowery testifies before the House Judiciary Subcommittee on Courts, Intellectual Property and the Internet on the expansions of “fair use” and unlicensed use of sampled recordings.

June 2015: In an interview with Vulture, Lowery comments that the newly launched Apple Music is a “step in the right direction,” given its emphasis on paid subscriptions.

December 2015: Lowery is named as the lead plaintiff in a class-action $150 million suit against Spotify, which alleges that the streaming service willfully and knowingly infringes on artists’ copyrights by circulating their music without permission.