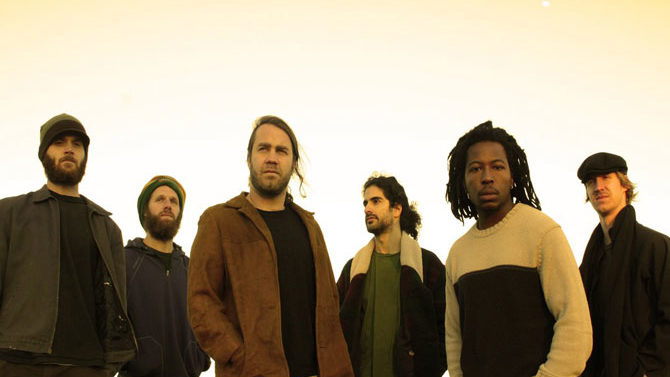 The loss of Athens musician Carl Lindberg earlier this year shocked and saddened those who knew and loved him. Following his passing, friends and colleagues paid their respects to a figure who left an indelible mark on the community with words of tribute in Flagpole and elsewhere. Last month, Kenosha Kid, Squat and Grogus led a celebration of Lindberg’s life at The Foundry to support the Carl Lindberg Memorial Scholarship Fund, organized by Nuçi’s Space.

Teaming with the Georgia Theatre and Nuçi’s Space, the members of local band DubConscious have organized another benefit show to celebrate their former bandmate—a testament to the musician’s wide-ranging impact. Ticket proceeds from Friday’s show will be donated to the Carl Lindberg Legacy Fund. Those wishing to add their support to the aforementioned scholarship fund are encouraged to donate online through the Nuçi’s Space website.

Though the benefit for Lindberg carries additional emotional weight, DubConscious is no stranger to giving back to the community. Over its 13 years of existence, the band has supported a number of charitable organizations, including Rock Against Cancer, Wiser Earth, Hands On Atlanta, Rock the Earth, Riverkeeper, Headcount and Sustainable Waves. The band also makes good on its philosophy of sustainability by offering a line of organic merchandise.

Band members say details for this week’s show are still in the works, but it will definitely include surprise appearances. “We have received an outpouring of support from the community, with virtually every musician connected to Carl wishing to participate,” says Matthew Woolley, the band’s drummer and vocalist.

This free-form approach is consistent with the band’s emphasis on improvisation in its live performances. “We discovered some time ago that we are a band that performs best in the moment, relying on improvisation and inspiration for the essence of our message, rather than predetermined and polished arrangements,” says vocalist and guitarist James Keane.

Keane says the loose nature of DubConscious’ live show suited Lindberg just fine. The bass player performed his last show with the band in May, only weeks before his death.

Despite Athens’ indie rock reputation, DubConscious has maintained a strong presence in the community for well over a decade. Though its music is often labeled reggae, the band insists its sonic palette extends well beyond syncopated guitars and washed-out reverb. Regardless of how one characterizes its sound, the group is most in its element in a live setting, where it has shared the stage with a number of nationally and internationally recognized acts.

“Anyone who plays as many shows as we have and for as many years will develop some sort of identity in the music community, regardless of genre. Our music relies on emotion from the fans—from people who care about what we’re singing about, what they are feeling and the message they resonate with,” says keyboardist and vocalist Jerry Hendelberg. “So many people have told me that they didn’t like our music until they came to a live show, and then they ‘got it.’”

While the musicians who have played with DubConscious in the past outnumber those currently performing with the band, members say there is no bad blood. “It feels like we don’t have any former members,” says Hendelberg. “It’s a family vibe, for sure, and so much of that came from… Carl Lindberg’s tribal leadership over the years.”

With Lindberg’s passing still fresh in the Athens music community’s collective mind, members of DubConscious are careful to emphasize that the celebration of his life will not be fleeting. “We hope to make this an annual event. Carl is dear to our hearts, and we wish to support his legacy and the community in any way we can,” says Hendelberg. “Interestingly, in this way, Carl is still supporting us.”