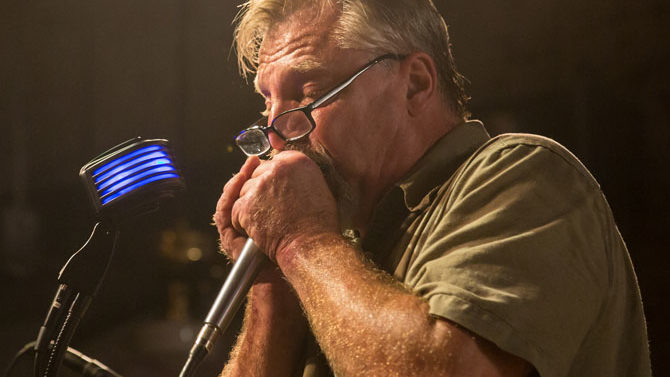 Saddening both those who knew him personally and others who only knew of him as the co-founder of the 40 Watt Club, Athens musician Paul Elliott Scales passed away unexpectedly on Friday, Sept. 4 from a heart attack. Those with close ties to the scene stalwart will pay their respects Sunday, Oct. 4 at a public memorial service and tribute event that will include live music, as well as a visual display of Scales’ life and history in Athens. In addition, traditional eulogies will be delivered.

Though he was hardly a household name, Scales founded more than just a rock club when the 40 Watt opened on the corner of Broad Street and College Avenue (above what is now Starbucks) in 1978. With the establishment of the venue, Scales, along with Pylon drummer Curtis Crowe, laid down deep roots that would support the scene for years to come.

Due to matters of necessity and management changes, the 40 Watt moved to several other downtown locations before its current manifestation at the corner of Washington and Pulaski streets. Although Scales’ involvement in the club’s operation waned over the years, his name has remained associated with its legacy.

Immediately following Scales’ passing, tributes and recollections flooded social media. R.E.M. bassist Mike Mills tweeted about Scales “out of grief, and sadness, and the need to let people know his impact on my life, and on Athens’, and the world’s, music.”

Scales’ daughter, Mary Chandler Scales English, wrote to Flagpole describing him as “the harmonica-playing, keyboard-tickling, glasses-barely-on-his-nose-wearing man” who “wore many hats,” a testament to her father’s prowess both as a bluesman and his longevity in the Athens music community. Other local press outlets eulogized Scales as a longtime champion of the music scene.

A number of local musicians went one step further to show their appreciation for Scales by performing some of his favorite music in his honor. Within hours of his death, friends organized a tribute jam at the Office Lounge on Jefferson Road.

The venue was a favorite of Scales’. Though he was instrumental in providing a landing pad for bands in Athens’ storied college-rock scene (the 40 Watt hosted early shows by bands like Guadalcanal Diary, Pylon, Love Tractor and others), his reputation later in life was as a consummate blues musician, developing his chops on both piano and harmonica at regular Thursday-night sessions at the Office.

Sunday’s event will serve as a more organized homage and will showcase a wide range of talent. Fittingly, the Foundry tribute will feature a handful of musicians who were active during those early days of the 40 Watt. In addition to the Pylon Reenactment Society (which features original members Vanessa Briscoe Hay and Michael Lachowski), the B-52s’ Cindy Wilson, an artist with whom Scales frequently collaborated, will perform.

The late musician’s decades-long and wide-ranging impact on Athens will be demonstrated by the younger performers on the bill, those who knew him later in life, such as Ryan Monahan and blues musician Anne-Marie Perry.

In addition to music from the aforementioned acts and many others, a memorial service will allow for the bereaved to express thoughts and remembrances. Organizers also indicate that a slideshow will accompany a 4 p.m. “mingle hour,” where attendees can share stories amongst themselves.

WHAT: Paul Scales Memorial Service
WHERE: The Foundry
WHEN: Sunday, Oct. 4, 4 p.m.
HOW MUCH: FREE!