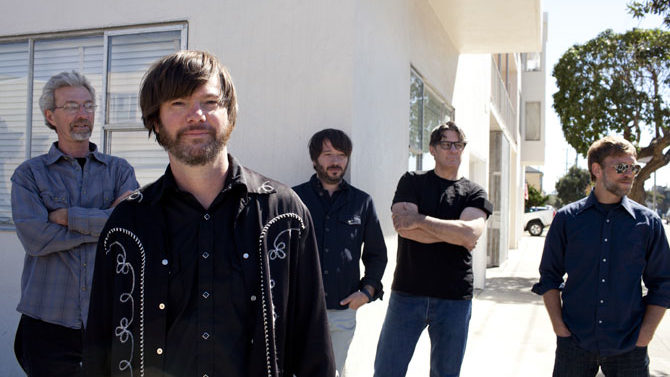 For a living legend, Jay Farrar of Son Volt is an unassuming fella. Having grown up on the outskirts of St. Louis, an area that he says suffers from a “North-South identity crisis,” Farrar was a co-founder of Uncle Tupelo, arguably the most influential band associated with the alternative country movement, which emerged in the late 1980s and early 1990s. For some listeners, “alt-country” is a descript-enough term that encapsulates the ethos of a sound produced by bands like Farrar’s. For others, the term is vacuous. Regardless, Farrar has quietly been there for the long haul.

Son Volt’s first album, Trace, left little question that Farrar could thrive in the wake of Uncle Tupelo’s demise. The collection of songs, released in 1995, put Farrar (who has developed a respectable solo career in addition to Son Volt) solidly on the map of generational songwriters. The record was almost immediately canonized, and remains an exemplar of how country and rock traditions can seamlessly intermingle.

After 2009’s American Central Dust, Farrar seemed to put Son Volt on hiatus, turning his attention to collaborative projects where he took the role of writing music to complement already-written words by Jack Kerouac and Woody Guthrie. For the Kerouac project, Farrar teamed up with Death Cab For Cutie frontman Ben Gibbard. It was an unlikely match, but the results from One Fast Move or I’m Gone: Music From Kerouac’s Big Sur was lauded by many critics.

With the Guthrie songs, Farrar made a connection with Guthrie’s daughter, Nora Guthrie, and was granted access to the legendary folksinger’s personal archive in New York City. When Farrar learned that his colleagues Anders Parker and Jim James had also been given access, the three joined with Will Johnson of Centro-matic and began recording Guthrie’s songs. Farrar says these sessions were akin to a “musical camp.”

“It was inspirational to work with someone’s words that I admire. I was able to enjoy the writing process and learn from others. ‘Liberating’ is the word I’m looking for,” he says.

Wrapping up the collaborative projects gave Farrar an opportunity to write a new Son Volt record. Honky Tonk, released in March, has an apt title. Not only did Farrar learn how to play the pedal steel during the album’s construction, but he began playing around the country in legitimate honky-tonk bars to shape its sounds. Written in a two-week period, the album reflects a songwriter keenly aware of his influences and his origins.

In addition to a new Son Volt album, Farrar also recently published a memoir, Falling Cars and Junkyard Dogs. Reflecting on everything from meeting heroes like Townes Van Zant to his childhood growing up with a military father, Farrar deploys short vignettes to tell the story of his life. He reflects candidly on topics like his relationship with his late father and his political orientation. (Sample: “Guns bad. Guitars good.”)

With the exception of 2005’s Okemah and the Melody of Riot, Farrar has usually kept his politics close to the vest. “The approach I’ve always tried to follow is that my writing is trying to provoke a thought, rather than being so heavy-handed,” says Farrar.

Although the stories in Falling Cars are somewhat fragmented, Farrar seems proud of the product. “I had never written anything [before the memoir] but songs and postcards,” he says. “It was refreshing to dive into a new endeavor. I think I also liked the work ethic of it, putting in a little time each day. I tried to focus on experiences that were unique to me and my background.”

But while much of the book’s material focuses on his time spent as a musician, readers shouldn’t expect it to be a tell-all. Farrar’s former Uncle Tupelo bandmate Jeff Tweedy (now of Wilco) gets brushed under the rug and referred to as “the bass player.” About his decision to spill such little ink on his Tupelo tenure, Farrar says he can’t control the effects of how his book will be received.

“Internally, perhaps, there was an intention to de-emphasize Uncle Tupelo a bit, but what effect that has is anyone’s guess,” says Farrar.

When Son Volt takes the stage at the 40 Watt Club this weekend, Farrar will be in familiar territory: Uncle Tupelo spent March 16–20, 1992 recording in Athens, with R.E.M.’s Peter Buck in the role of producer. March 16–20, 1992, named after the five days over which it was put to tape, turned out to be the band’s penultimate record. Farrar recalls his time in Athens as “a real formative experience, for sure,” one musical memory in a lifetime full of them.