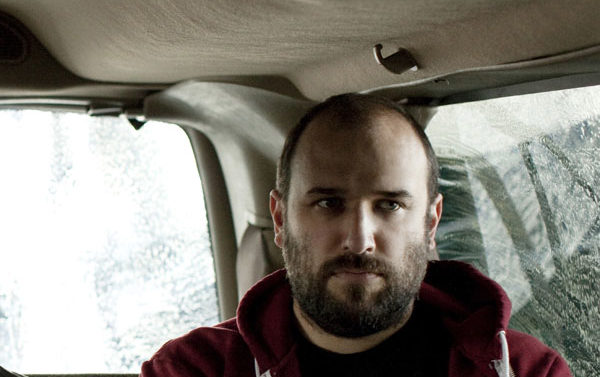 Given just one word to describe David Bazan (an unenviable task, because he’s worth many more), the choice seems pretty easy: comfortable. That comfort hasn’t come easily for the former Pedro the Lion frontman; it has been a long, strange journey from an evangelical Christian upbringing (and Pedro’s music being influenced by such) to an agnosticism that carries his solo material.

“I’ve worked pretty hard to process things in a way that will leave me adjusted,” says Bazan. “It was such a transformative thing to allow myself to think what I actually think, rather than have to toe some party line or adhere to a belief system that didn’t fully resonate with me. Politics and indie rock and fashion, all these other sectors, we tend to conform to norms. It’s been so great, and I have so much more peace than I ever did when I felt that I had to conform to certain ways of thinking.”

The perception is of a hard shift between the two incarnations (Christian vs. agnostic) of David Bazan. However, he will be the first to tell you that the shift was far from an overnight epiphany.

“I think all of the ways I’ve expressed myself are basically coming from the same place. A lot of the references to Christianity in the Pedro stuff were often negative and expressing disenfranchisement and doubt,” he says. “So, in a sense, you can trace the shift back to the very first Pedro full-length. But it really started to come to the surface in 2004 or 2005 when I started questioning some of the fundamental premises of my faith or my belief system. And then shit just unraveled from there in what seems to me now to be in a very positive way.”

As you might expect, fans of Pedro (and the band’s message) haven’t all been on board with Bazan’s outlook on the new record, Strange Negotiations, but Bazan has found perhaps more allies than he may have expected.

“I assumed [with Pedro the Lion records] that exactly nobody would be interested in it,” laughs Bazan. “I felt like my perspective on those issues (religion, politics) would be either offensive to people who understood the language I was speaking, or it would just be irritating to people who didn’t understand the language. But as it turned out, there were a lot more people who were in the very same grey area that I was in regarding that stuff. So, that was nice, and, as a matter of fact, there are still people who are practicing Christians who still find something to value in [the new record].”

Bazan is quick to note that it’s not just intellectual growth he has noticed over the years. Rather, he has matured as much with an instrument in his hand as he has a pen.

“Pedro was always a three-piece band, and I hated my guitar playing all throughout that period. It really irritated me how incapable of expressing myself I really was,” he says. “So, in the process of coming out with the band again in 2009, I just tried to stay away from that [laughs]. I played bass first in a five-piece band, and then it was a four-piece band, and suddenly here we are in 2011, and I’m back to the exact same format we had in Pedro: drums, bass, guitar. It was a very meandering path to get here, but now I can express myself more on the electric guitar, and I have a lot of songs that have more interesting arrangements than I did six years ago.”

It’s certainly a paradox: to reach his Zen, Bazan had to more or less accept that certain factions of his somewhat split fanbase will shun him. But to him, his art is now coming from a uniquely real place.

“People do music for different motivations, and you see bands that are as concerned with the faction for what they are doing culturally as they are the music they are making. I have a disdain for that motivation of doing music,” he says. “A lot of times, I’ll get reactions from people who say my music is really didactic and tell me why that’s a stupid way to go about it, and I don’t always disagree with that. But when the motivation for people is not wanting to touch on certain things in their songs because it’s unfashionable to others, I can’t understand that.”