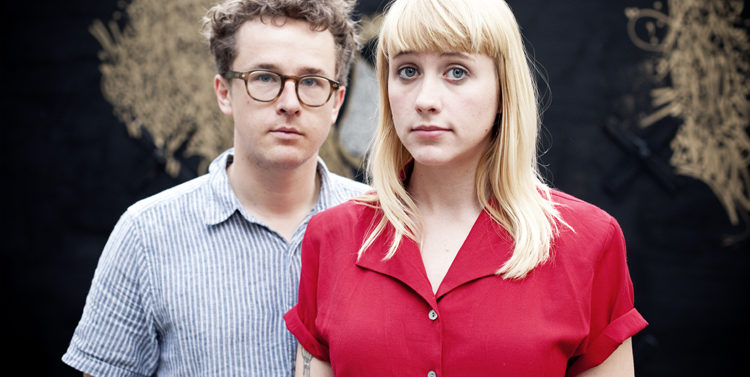 After my breakfast comprised of a Philly cheesesteak and chocolate custard (not as bad as it sounds, I promise), I decided to hit the convention center to see if there would be anything there worth checking out. I stumbled into The Hold Steady rocking out for the second time this week, which was a nice surprise. Thankfully for me, the band’s set wasn’t a repeat performance. The band crushed a few new tracks from the forthcoming Teeth Dreams and offered a very crisp rendition of “Weekenders” from their last album, Heaven is Whenever. Very nice work. Since the show was a live broadcast for KUT, the ballroom that the band played in was a little stiff, with most of the crowd either seated or laying down to nurse their hangovers from the night before. The Hold Steady have a ton of songs about partying, so it was fitting that Craig Finn took a lot of enjoyment out of seeing some folks pounding beers in the front row in the early hours of the afternoon.

After catching a few songs from Phantogram (which I can’t seem to bring myself to love despite the untamed buzz), I wandered the convention center for other surprises at the Gear Expo downstairs. When I realized it wasn’t all that stimulating, I stumbled onto the concert poster exhibit and trade show. I spent a good hour looking at the work of artists that have made their living promoting other artists with their art. I was tempted to buy quite a few items, but I held back and took it in instead.

I hoofed it to Rainey street for the AV Club day party. The line moved slowly, so I made friends with folks grazing with me and debated whether or not the accident from the other night could have been prevented or the casualties minimized. It was spirited, so the time passed quickly. Just as we were about to enter The Blackheart, a guy in a black hoodie rushed to the front. Someone in the back yelled, “Hey! No line jumping!” The jumper turned around and flashed a smile: It was Bob Mould. OK, he gets a pass.

When I finally arrived inside, I ran into Alyssa DeHayes of Team Clermont and we chatted for a bit about Athens goings-on here at SXSW and beyond. After our quick chat, I caught the tail end of Wye Oak’s very bouncy but still strangely dark set. Lead singer Jenn Wasner apologized for “a terrible performance,” but she could have fooled me. I thought they sounded excellent. After the band finished, the crowd cleared out and a new group of dudes my age and up to 20 years my senior took its place.

Bob Mould still has it. He burned through songs with mad intensity, sweating so much that his glasses became fogged up by the second song, the masterful “The Descent,” from his 2012 album Silver Age. A lot of songs were familiar to the crowd, and when he and his band (comprised of Jon Wurster on drums and Jason Narducy on bass) kicked into “If I Can’t Change Your Mind” from Sugar’s Copper Blue, it finally set in that Mould is a true legend. I don’t remember his records ever being in constant rotation during my college years, but I knew the bulk of his set. There was no David Barbe around to make it a semi-Sugar reunion, but the popular single still sounded as powerful as ever. Mould thanked the crowd for “putting up with the new songs,” but it was obviously that no one present minded in the least.