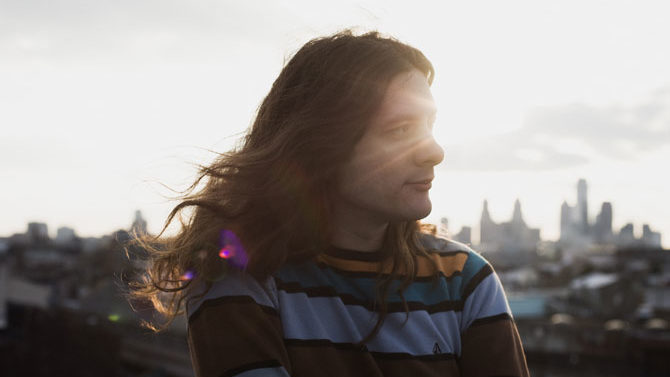 
After hitting the New West day party, I needed something to see. I made the trek back to the nuttiness on 6th Street and checked my phone. A friend in West Virginia had posted something on Facebook about Hamell on Trial, and since I was near the Velveeta Room, I ducked into into the New West showcase to see what that was all about.

The room was packed. Hamell busted through a 40-minute set of hilarious and insightful tunes that sounded a lot like a raunchier, more punk version of what Todd Snider does. “Ain’t That Love” was a beautiful but heartbreaking song that may have been the outlier in the set, as it contained no politically motivated railings. Seriously impressive stuff, though. The dirty jokes told between songs did a good job to offset the gravity of the lyrical content, which was often as punk as anything I’ve heard in a decade.

I met Hamell after his set to buy a copy of his new album, but I was a few bucks short. He let me have a copy anyway, if I promised to listen to it front to back and tell my friends. Done deal. So, here is my public endorsement, Hamell: You’re doing it right; keep on doing it. I spent some time listening to it this morning, and let me tell you that it has immediately shot to the top of my best-of list for 2014 thus far.

I spent a little time after that wandering around and winding up at the wrong stage at Red 7, suffering through a truly terrible few songs by a hardcore band that looked like ‘N Sync, which shall remain nameless. While I was there, I saw what looked to be several 16-year-old girls stage diving.

I finally realized I needed to be inside, so I met my friend and his dad to check out Robert Ellis play another solid set (complete with a disco jam with Jonny Corndawg at the mic) before giving it over to the Felice Brothers. Those guys are always a good time, and after a day of drinking in the sun, their intoxicated rock with a fiddle in tow was nice.

When Kurt Vile took the stage around 1 a.m., he could barely keep it together. I have seen Vile lay waste to crowds in clubs with his band, The Violators, but he was wretched last night. His opener, the title track from Smoke Ring for My Halo, sounded passable, but everything else was an incoherent mess. At one point, Vile—who had no backing band to assist him, by the way—made an excuse that he had not planned to be at SXSW and that he decided to come last minute. (I call bullshit. If your name is printed in the official schedule, you planned this.) Songs seemed to end a few bars short, he thanked the audience before they had applauded and he seemed generally uninterested in being there.