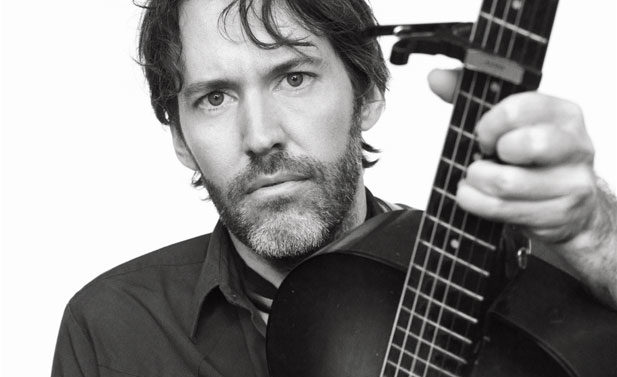 There’s something incredibly disarming about Nashville songwriter and producer Dave Rawlings. Having existed as a sideman for the better part of the past two decades for several artists with ties to the alt-country world, Rawlings comes off as slightly uninterested in performing under the spotlight. But given his extensive resume and repetoire, the crowd at the Georgia Theatre Tuesday should be in for quite a treat.

As expected, Rawlings will take the stage with his longtime partner Gillian Welch. But the rest of Rawlings’ Machine for this tour is less expected—and more than a little legendary. For the seven-date jaunt, Rawlings invited Led Zeppelin bassist John Paul Jones to join his band on mandolin. The two have known one another for a few years and had expressed mutual interest in one another’s catalogues, but this tour will be the first opportunity that the two have been able to hit the road together.

In addition to Jones, Rawlings enlisted Willie Watson (formerly of Old Crow Medicine Show) on guitar and banjo and Punch Brothers bass player Paul Kowert on upright. Since the Machine hasn’t released anything since his group’s inaugural 2009 release, A Friend of a Friend, audiences should expect a mix of traditional and cover tunes to fill up the set.

When Flagpole spoke to Rawlings last week, he mentioned that everyone would be flying into Nashville for a single rehearsal at the bandleader’s house before hitting the road. With so little time to practice, Rawlings admits that his Machine may not be perfectly oiled.

“I don’t expect this to be the most polished group of songs, but I think that’s what’s valuable about this type of music,” he says about the spontaneity of this mini-tour. Given the talent that comprises the current iteration of the band, the show still promises to be exciting and full of surprises. “I’m really nervous about it, but that’s normal,” Rawlings says with a laugh.

Rawlings’ enthusiasm for these shows is evident in his voice; he promises that audiences will experience something special. “I love that whatever this [tour] will be, it probably won’t happen on a record,” says Rawlings.

In addition to their gig in Athens, Rawlings and company will be visiting other smaller music towns throughout the southeast.

“There’s no mystery as to why we’d want to go play shared music with people that are familiar with it,” Rawlings says. “There’s a wonderful atmosphere in these towns. In the Southeast, especially, there’s a real music community. You see this in Athens and Asheville and a lot of these places—places where people go out to see people play by the seat of their pants.”

So Is Rachel Watkins (Running for Commission, That Is)