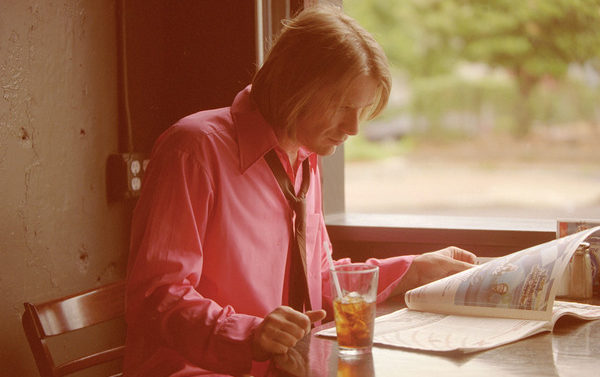 It would be a mistake to take Todd Snider too seriously. The folkster from East Nashville has made a career out of striking a balance between being reverent to the folk and country traditions where he apprenticed (with legends like Jerry Jeff Walker and John Prine, no less) and having a playful, “enjoy it while it lasts” attitude.

“If you look back at where the core of [folk music came from], the lack of humor grew over time,” says Snider. “I don’t know where it came from, but it sure didn’t come from the Beatles or Bob Dylan or Elvis or any of the cool places where music comes from. Woody Guthrie was really funny.”

When Snider hits the stage of the Georgia Theatre Friday evening, he’ll be joined by Hayes Carll, Elizabeth Cook, and Bobby Bare Jr., a new crop of folkies that Snider decided to bring together for his What The Folk mini-tour, which hit a handful of other Southeastern towns this week.

Snider ought to feel right at home in Athens by now. After all, he recently spent a good deal of time here with engineer John Keane, working on an album with Hard Working Americans, a band Snider recently formed with Dave Schools of Widespread Panic (bass), Neal Casal of The Chris Robinson Brotherhood (guitars/vocals), Chad Staehly of Great American Taxi (keys) and Duane Trucks of King Lincoln and of the Trucks family lineage (drums).

In addition to that project, Snider has also recently published a book of stories called I Never Met A Story I Didn’t Like. The songwriter, who is known to ramble on stage when he performs, said it wasn’t that difficult to slip into a more prose-based venture.

For Snider, the nomadic life is therapeutic. “I mostly want to be an untamed horse. I don’t necessarily care if I end up a singer at the end of the day,” he says. “I just don’t want to grow up. Or be responsible, or dependable, or professional. If that’s what I have to do, I’ll find a way that I don’t have to give my soul to it.”

When asked what he’s trying to accomplish with his songwriting, Snider answers quickly and directly: “My job is to live as hard as I can and to risk early death in an effort to fly into the zone… to take notes. I didn’t really choose this. It chose me.”