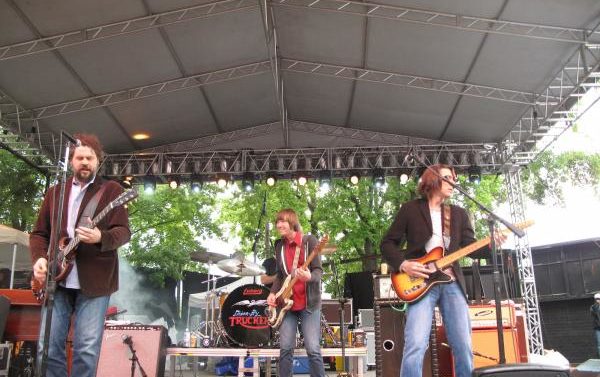 I could go on bitching about the persistent rain at the Shaky Knees Music Festival this weekend, but that would be wrong. The downpour saved me from getting atrocious tan lines, it prevented me from even bothering to wear makeup and it kept the crowd much less sweaty than the average cluster of bodies on a Georgian Cinco de Mayo. Left and right, people were joyously gliding through the mud, splashing in the brackish puddles and drinking from open cups with no interest in what the rain did to their alcohol.

People were by and large properly clothed for the weather—many were wearing what looked like brand new rain boots and ponchos. During the few hours that the sun showed up, there was even a substantial amount of complaining about missing an opportunity to showcase new rain gear.

The sun did shine in time for some of the most intense performances of the festival. Delta Spirit, in particular, took the Old Fourth Ward stage as if they were on fire. Matt Vasquez’s banshee scream resonated towards the other stages like no other voice in the festival. The thunderous performance could be felt from any vantage point, as the band’s two drummers hammered away.

Oberhofer followed with similar energy, but a more adolescent demeanor. This is to be expected, as the lead singer, Brad Oberhofer, is only 21. He jumped around the stage in angst, and dedicated “I Could Go” to “anyone who has ever been lonely” in a voice so shaky and awkward that I thought he was being facetious. 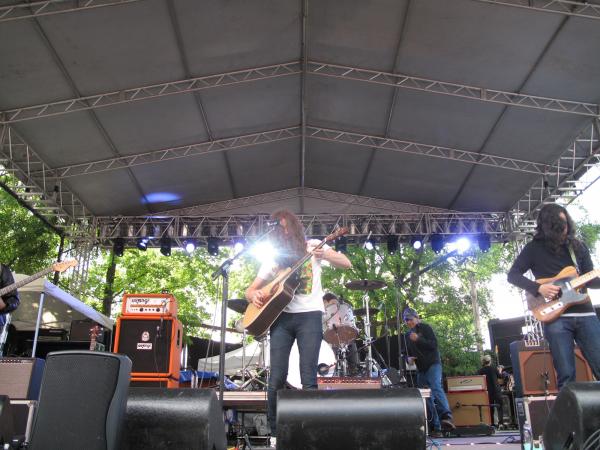 Kurt Vile & the Violators gave a dark performance as clouds rolled in from the south. Vile hung his head through every song, with his curly brown hair covering all but a sliver of his face. But no one needed to see his face to understand the pain he was expressing through his monotone singing and shimmering guitar.

The rain began to pour again as Dr. Dog took the stage. Everyone bounced in the mud and sang along as bassist Toby Leaman and guitarist Scott McMicken took turns leading their witty songs. It just felt right to stand in the rain and scream the words of “Lonesome.” Members of Delta Spirit returned to the stage to accompany Dr. Dog in “Heart It Races,” as the sun came back out. 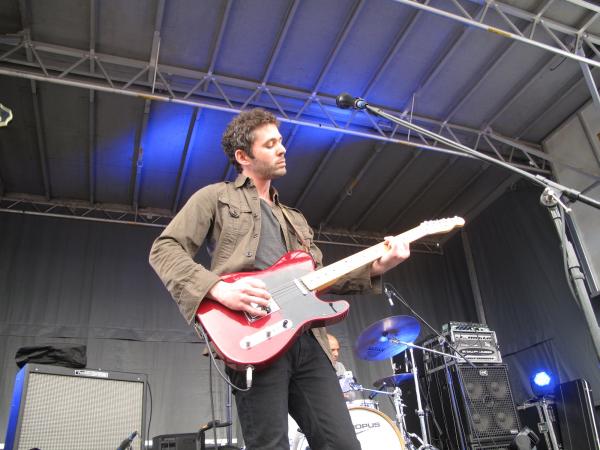 The Antlers gave a slow, spacey performance that seemed out of place amidst the others. Afraid of succumbing to exhaustion, I hustled over to catch the Drive-By Truckers play “Lookout Mountain.”  The Truckers did Athens proud, engaging the festival attendees with their story-song-singing. “They were one of the only bands whose lyrics were intelligible,” observed Gresham Cash, another Athenian who made the pilgrimage to Shaky Knees.

The Lumineers gave one of the most anticipated shows of the weekend. As endearing as their vaudeville fashion and cutesy lyrics are, I think it pushes the limits of a gimmick. Maybe it’s because I’ve witnessed one two many 20-something women screaming “Classy Girls” with mascara smeared across their faces and bras hanging out (which is not to say that there are not Lumineers fans who are very refined young ladies). But no matter how much I want to hate them for capitalizing on a fad and Jeremiah Fraites’ godforsaken suspenders-and-fedora look, I could not help but enjoy it. It is a challenge not to sing along, even if you do think that chandeliers look stupid on any stage that isn’t Lady Gaga’s (or something).

After a long weekend of soggy music viewing, I will be counting down the days until next year’s Shaky Knees Festival—and praying for rain, too.