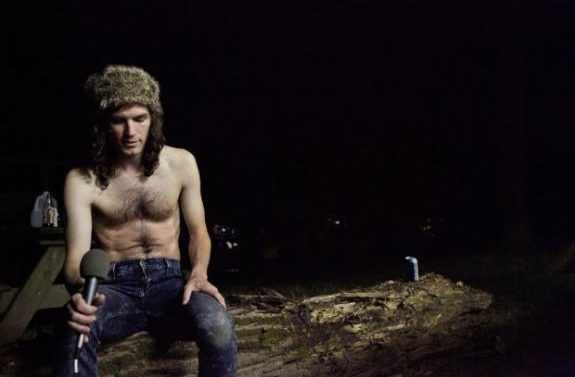 Is there a Joe Walsh lookalike contest at SXSW this year? Probably not. In any case, there were a ton of dudes on stage this afternoon at Hotel Vegas that could have passed for the James Gang guitarist (we won’t mention The Eagles; we’ve “had a rough night and [we] hate the fuckin’ Eagles, man”). There must be something in the mutton chops and moustaches, because these bands drew an impressive crowd earlier today.

Chief, a band from Oakland, California (that wasn’t even scheduled to play – they admitted that they are “hustling” at SXSW this year—who does THAT at SXSW!?) tore up the patio stage this afternoon on the east side of Austin. The three-piece band came out of the woodwork to play some bluesy-ass rock and roll for the early birds this afternoon. Although the band’s lead singer mentioned on one occasion that their songs were about weed, there was nothing resembling stoner rock in their sound.

Fletcher C. Johnson (who looks eerily like T. Hardy Morris of Athens’ Dead Confederate) from Brooklyn took the stage after Chief and brought his slick surf sounds to Austin. Backed by touring guitarist Adam L. Meisterhans from West Virginia, the four-piece banged out a raucous set for the Burger Records showcase that will be going on all day at the venue.

SXSW: Hello, Austin! How Ya Been?