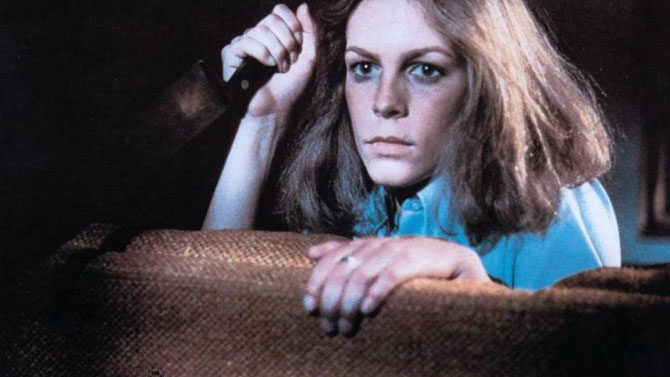 Director John Carpenter’s classic, seminal horror movie has one of the best, most chilling tag lines ever devised: “The Night He Came Home.” It’s like muttering the words, “in the deep, dark woods.” If neither one of those phrases puts a chill in you, perhaps the horror genre isn’t the place for your imagination to fester.

Halloween was originally released in 1978, was a huge box office hit (one of the biggest independent features ever made) and went on to unleash a whole wave of so-called “slasher” movies throughout the late 1970s and early-to-mid-1980s, stories about deranged psychopaths stalking and murdering scantily clad teenage girls (usually) before meeting their own grisly comeuppance. The Friday the 13th franchise, which raised the gore and nudity factor for its youth-oriented audience, rivals Halloween in popularity but not in artistry or chills.

Carpenter’s movie plays out like an urban legend: A young boy, Michael Myers, murders his sister on Halloween and is incarcerated in a mental institution. Fifteen years later, Myers violently escapes the facility and heads straight for his hometown, Haddonfield, IL. His only ambition? Kill everyone he can. Dr. Loomis (Donald Pleasance), Myers’ psychiatrist, fears that his patient is more than human, something supernatural and evil. Myers, who roams his hometown wearing an eerie white mask and a dark jumpsuit, focuses on good-girl teenager Laurie Strode (Jamie Lee Curtis) as his main prize, though plenty of others are killed during his hunt.

There have been more disturbing and graphically violent horror movies before and after (The Texas Chain Saw Massacre, Black Christmas, Maniac, et al), but the vast majority of them are outclassed by Carpenter’s skill at generating suspense and his conjuring of mood. Halloween is also beautifully composed and shot. There are scenes in the movie—Myers (known as “The Shape” in the credits) standing watching Laurie in broad daylight, partly hidden by white sheets blowing in the wind; a child watching in disbelief as Myers carries a body from the house across the street; Myers rising from the dead in the background while an exhausted Laurie cries in the foreground, oblivious to what is coming next. Carpenter’s use of the widescreen frame is superb throughout (as it is in many of his features), and Halloween is definitely an experience for the big screen.

Halloween is, appropriately enough, the final movie of Ciné’s month-long “Schlocktoberfest” of classic horror movies, and it screens Oct. 30 and 31.