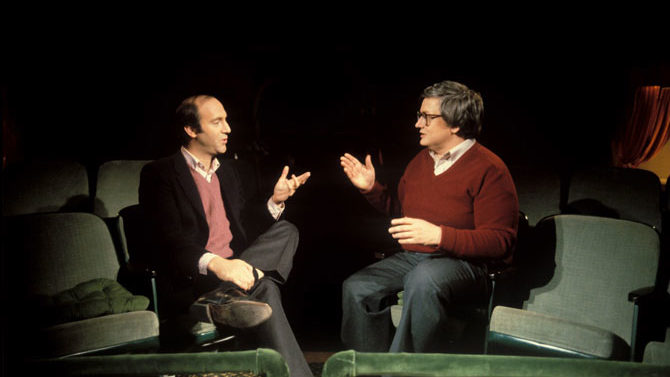 There have been many titans of movie criticism over the years, but Roger Ebert’s shadow over the profession is undoubtedly one of the strongest. He was a writer first and foremost, then a lover of movies. He was a newspaper movie critic for The Chicago Sun-Times and won a Pulitzer Prize for his work; he was a pop-culture celebrity due to his co-hosting with Gene Siskel the television shows “Sneak Previews” (shown on PBS) and the later syndicated “At the Movies” and was able to talk about cinema in such a way that it appealed to a wide audience without talking down to them.

Life Itself is directed by Steve James (Hoop Dreams), and he started filming the documentary near the end of Ebert’s life (he died in April 2013) and details his struggles with cancer in his last years clearly but never depressingly. More importantly, the movie also poignantly focuses on Ebert’s extraordinary career and his deeply loving relationship with his wife, Chaz, a civil-rights lawyer and activist.

Ebert’s and Siskel’s relationship was combustible on-and-off the air. Some of the outtakes of their bickering are priceless, and the movie doesn’t focus on those enough. Nevertheless, Life Itself is a worthy, loving tribute to Ebert, and the portrait never segues into the maudlin, which would have definitely garnered from him a “thumbs down.”