Are North Georgia Wineries Ready for a Craft Beer-Style Boom? 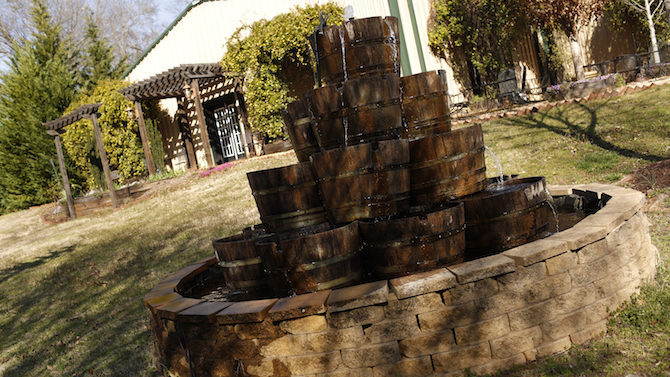 If you ask Emily DeFoor, it’s only a matter of time before Georgia wines are as recognizable as those from California’s Napa Valley or Virginia. As general manager of the nearly four-decades-old Habersham Winery in Helen, DeFoor knows a thing or two about the local wine industry.

“The wine world is more crowded than when California got its start,” says DeFoor. “So it will take considerable effort on our part to make ourselves known.”

The industry has come a long way since the 1980s, when the first Georgia wineries opened their doors. Today, there are around 55 licensed wineries spread across the state, ranging from large, multi-acre vineyards to mom-and-pop operations.

UGA’s College of Agriculture estimates that Georgia wineries have a $7 million annual impact on the state’s economy, and the college recently hired Cain Hickey as the extension agency’s first full-time wine-grape specialist to help winegrowers improve their vineyards.

Hickey will also focus on research. Until now, vineyards relied on trial and error, learning which traditional and hybrid grape varieties grow well in Georgia. Hickey brings his expertise to the table in an effort to boost the reputation of Georgia’s wines.

To DeFoor and other winemakers around the region, Hickey’s appointment shows that the state government is taking notice of Georgia wine. “The fact that they are recognizing that this is an upcoming industry that we’ve got to support is huge for us,” DeFoor says.

The diversity of wines offered in local tasting rooms, says DeFoor, makes Georgia good wine country. Habersham Winery’s tasting room has around 20 options on its wine list. “I joke [that] from muscadine to merlot, we have something for everyone,” she says.

The climate in north Georgia is suitable to grow a surprising array of wine grapes. Hickey says the traditional European wine grape varieties that most of us are familiar with—chardonnay, merlot, etc.—do decently well.

But traditional hybrid varieties like chambourcin and traminette do even better. These bunch grapes are reliable and produce high-quality wines. Never heard of them? That, says Hickey, is just a PR problem. California chardonnay is more familiar to us than a Georgia chardonel, and in the store, you’re more likely to go for what you know.

DeFoor believes that having wine tasting rooms in Georgia is crucial to the success of the local industry. Wine tastings encourage visitors to try new varieties and expand their ideas of what wine should be.

Victor Boutier, owner of Danielsville-based Boutier Winery, has noticed that some locals are too intimidated to visit wineries because they don’t know much about wine. “They don’t,” he says. “I grow the wines, and I don’t know everything.” He’d rather visitors learn by tasting.

Tasting rooms, says DeFoor, are especially useful to folks who are new to wine. “We can introduce people to wine in a very approachable way with Southern hospitality,” she says. “It’s less daunting that way.”

Tasting rooms also give winegrowers immediate feedback. The biggest challenge for local wineries is balancing what customers will like with what they can grow. “Because we are in the land of sweet tea and Coca-Cola, people like sweet wines, so that’s a big thing for us,” says DeFoor.

Memories of noshing on sweet muscadine grapes at the end of summer propel the popularity of muscadine wines in local tasting rooms. “What we hear in our tasting room is, ‘Gosh, this reminds me of my grandparents,’” says DeFoor.

A bit ironically, as one of the few grape varieties native to the U.S., muscadines and their wines get a bad rap. Many traditional wine drinkers are apt to dismiss muscadine and other sweet wines as novelties. In reality, muscadine wine can be sweet or dry, and Georgia produces both. But it’s a misperception to think Georgia vineyards only produce muscadine wine, says Boutier. In the coming years, Boutier expects the industry to grow, much like the current craft beer boom. DeFoor, too, anticipates more visitors to Georgia wineries as the state population continues to increase, and more visitors means better recognition. “Georgia is just not yet part of that ‘known’ lineup,” she says. “We will be before long, though.”