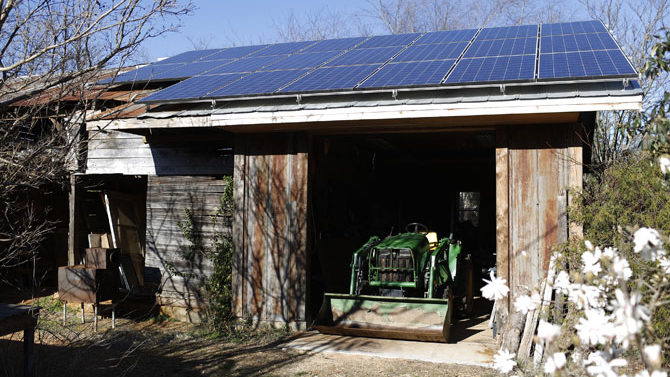 Many environmental and sustainable farming advocates around the country greeted the nomination of former Georgia Gov. Sonny Perdue’s nomination for secretary of agriculture with skepticism—this is the guy who publicly prayed for rain during the 2007 drought, after all. President Trump and his people are saying Perdue’s farming background and governing experience make him a perfect candidate, and there’s some truth there.

Born in rural Perry and raised on a cotton farm, Perdue made a living selling seeds and fertilizer to commercial farmers before taking his turn as governor. His latest venture, Perdue Partners, trades food and industrial products overseas.

The real question for Athens-area farms, many of which are small and grow organic or naturally grown crops, is what to expect under Secretary Perdue.

Georgia Organics spokesperson James Carr says the Georgia farmers he’s talked to are excited about an ag secretary from Georgia. Though Perdue hasn’t been very vocal about organic farming in the past, Carr is hopeful that he’ll see the benefit in getting behind organic farming practices.

“We do know that Sonny Perdue, as well as the state of Georgia in general, is a pro-business state,” he says. “Organic ag is the fastest growing sector of agriculture. Period.” And that’s not an alternative fact.

Indeed, according to the Organic Trade Association, Americans spent over $43 million on organic products last year, a number that’s been increasing since 2006. Developing organic farms has also been shown to revitalize rural economies. That’s why Carr says he believes Trump’s administration could help organic farmers.

“We know that a lot of Donald Trump’s campaign was about rural areas and about farmers,” he says, “so we have hopes that they’ll see those trends and work with us to continue growing the market.”

But Trump and Perdue’s stance on climate change has small farmers alarmed. In an opinion piece for the National Review, Perdue claimed that climate-change science has been exaggerated. In a time of persistent drought, some groups like the National Resource Defense Council are wondering if Perdue is the right man to guide USDA policy.

But he’s afraid REAP may be on the chopping block. “Since this administration is virtually the only government in the world to disbelieve that climate change is a reality, I can see positive programs like this as prime targets for dismantling,” he says.

O’Shea is also nervous that funding cuts will affect the Natural Resource Conservation Service, a program that provides a lot of direct financial support to small farms. “Almost every farm I know has received cost-sharing grants from the NRCS for a well or high tunnel [a type of greenhouse] that really helped them, and us, get off the ground and have a fighting chance to get through another year.” The NRCS, he says, is one of the few assistance programs that funds small farms, rather than large agribusiness firms.

Perdue’s ties to Big Ag also worry sustainable farmers like O’Shea, but it isn’t a top concern for Carr. “I think we’re really at a time right now where, to a certain extent, we’ve got to let go of past grudges and past arguments, because we’ve got to move forward collectively,” says Carr.

Cedar Grove Farm’s Caitlyn Hardy isn’t as optimistic. “[Perdue] is a supporter of factory farms, GMOs and deregulating environmental policies,” she says in an email. “I don’t foresee him implementing any policies that will help small organic farms.”

No matter which changes to farming policy Perdue may or may not make, Carr says Georgia Organics will continue to support farmers and work with political leaders in whatever way they can. Hardy says she will keep on farming and also keep a “watchful eye” on President Trump and his cabinet. “We can all take a cue from the former governor and pray,” she says.