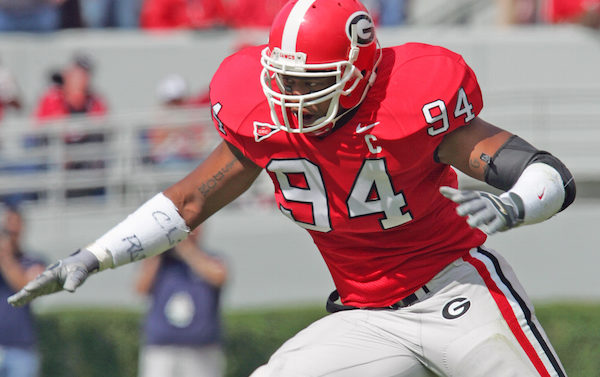 Moses playing for the Bulldogs in 2005.

A memorial service for Athens native and former University of Georgia football player Quentin Moses will be held at 7 p.m. Thursday at Cedar Shoals High School.

Moses, 33, was killed in a house fire in Monroe Sunday morning, along with Andria Godard, 31, and her 10-year-old daughter, Jasmine Godard.

The Cedar Shoals graduate was an all-conference defensive end for Georgia’s 2005 SEC championship team and played four seasons with the NFL’s Miami Dolphins from 2007–2010.

For the past five years, he had been the defensive line coach at Reinhardt University, an NAIA team in Waleska.

Mayor Nancy Denson has formally declared Feb. 16 as a “Day of Remembrance for the Moses and Godard Families,” according to Tommy Valentine, a classmate of Moses’ who helped organize the vigil.

Steve Bannon Is No Intellectual Powerhouse

The Proposed Mixed-Use Development Across From Athens Regional Is Dead