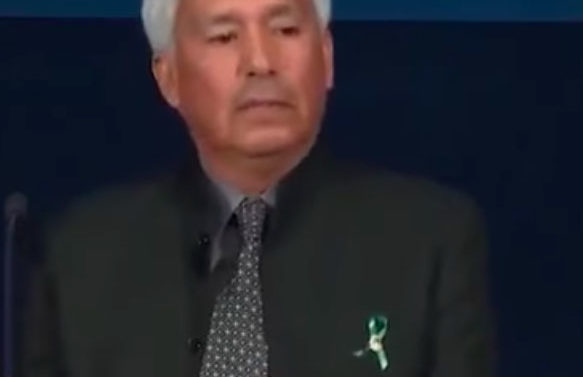 Emilio Gutierrez Soto had to flee Mexico a decade ago to seek asylum in the United States because people there took his journalism too seriously. He may be sent back because an American judge does not take it seriously enough.

In 2005, on p. 10 of El Diario, a Juarez daily, Gutierrez published a story with the headline: “Military personnel rob hotel in Palomas.”

“Six members of the Army, and one civilian who have been positively identified, robbed the guests at a motel in this town on Friday night, taking from them their money, jewelry, and other personal belongings,” the story read, in the translation of Molly Molloy. “The robbers then fled, but not before threatening their victims with death. Yesterday, the victims gave up their right to file formal complaints about the events to denounce the crimes against them, facing the possibility that the threats they had received would be carried out.”

Gutierrez later told Charles Bowden, a great chronicler of the border, that Army officials were pissed about his story and summoned him to a hotel in the center of the town of Ascension, near Chihuahua Ciudad. He was told “If you don’t come, we’ll come looking for you at home or wherever you are.”

When he got to the hotel, he was surrounded by soldiers. “You have no sources for that information,” the general said. He asked Gutierrez why he didn’t ever write about the narcotraficantes. Gutierrez confessed that he was frightened of them. “You should fear us, for we fuck the fucking drug traffickers, you son of a whore. I feel like putting you in the van and taking you to the mountains so you can see how we fuck over the drug traffickers, asshole,” a general said.

“You’ve written idiocies three times and there shall be no fourth. You’d better not mention this meeting or you’ll be sent to hell, asshole,” another officer said in a final sendoff.

Gutierrez knew they were serious. In April 2007, he shared a byline with a reporter named Armando Rodriguez. The story was about a third reporter, Saul Noe Martinez Ortega, who “was found wrapped in a blanket and appeared to have been dead for several days, possibly after his kidnapping that took place last Monday, April 16, in the city of Agua Prieta, Sonora.” The penultimate line is a gut punch: “It appears that an agent of the Municipal Police was present at the abduction of the journalist, but he did nothing to hinder the kidnappers.”

Molloy added a brutal translator’s note: “Armando Rodriguez was a well-known crime reporter for El Diario de Juárez. He was shot to death at point blank range on his way to work in Ciudad Juarez on November 13, 2008.”

Rodriguez had been threatened, but ignored the threats. “I can’t live in my house like a prisoner,” he told the Committee to Protect Journalists. “I refuse to live in fear.”

Rodriguez was gunned down in his driveway, with his 8-year-old daughter in the back seat. Gutierrez had left for the United States a few months earlier, in June 2008.

“He received a death threat, and he fled rather than waiting around,” Molloy said when I called her up to talk about Gutierrez. “Emilio is seen as in less danger because he is still alive. If you take a threat seriously and flee for your life and seek asylum, people aren’t going to believe your story because you’re not tortured and you’re not dead.”

Molloy hit on the insane logic of the infernal machine that governs the asylum process.

Gutierrez and his son were separated and held in custody for seven months. Shortly after Obama took office, they were freed. Although Obama was often called the Deporter in Chief by immigration activists, Gutierrez attributed his release to the American president.

When he was finally released, Gutierrez and his son went to live in Las Cruces, NM, in the house of some friends. Bowden had also recently moved to Las Cruces to live with Molloy, who is a border and Latin American specialist at the New Mexico State University Library.

Bowden published Gutierrez’s story in Mother Jones, but Gutierrez himself had a hard time figuring out what to do. “He was sort of at a loss what he was going to do,” Molloy said. “He wanted to write newspaper stories, but he really couldn’t because he’s living in the U.S. and couldn’t write in English.”

Like so many immigrants, he had to piece together a living working in landscaping and food service as his request for asylum dragged on. The request was finally denied last December, and Gutierrez and his son Oscar were locked up once again.

Among the reasons that Judge Robert S. Hough gave for denying his request for asylum was a claim that Gutierrez wasn’t really a journalist. “He didn’t really believe that Emilio was a journalist because he didn’t produce many articles he had written,” Molloy said, noting that Gutierrez’s house had been ransacked before he left and that Mexican papers weren’t as fastidious as, say, The New York Times at keeping clips. If you talk about the morgue at a Mexican paper, it is probably not a room where old issues are kept. Nevertheless, she compiled well over 100 stories bearing his byline—and translated a few of them.

Still, Gutierrez and his son were put in a van and driven toward the border—and what he thinks would be certain death. A last-minute stay halted the van and bought Gutierrez a little more time and another shot at asylum.

The Association of Alternative Newsmedia, the National Press Club and other journalistic organizations have come out in support of Gutierrez. But the Trump Administration’s deep hostility to those seeking asylum from Mexico, along with his hatred of the press, does not bode well for him.

Bowden often wrote that Juarez is the city of the future. Trump’s attacks on the press sound an awful lot like the Mexican general who threatened Gutierrez a decade ago. Trump hasn’t started to actually kill journalists. But sending Gutierrez back to Mexico would be a start—it could seal the fate of one reporter and portend the future of journalism in America.