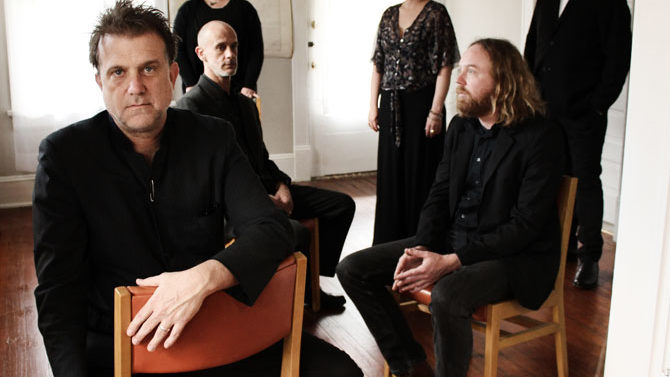 Chameleonic local singer-songwriter Don Chambers is set to release a new album, Love of Oblivion, this Thursday. Featuring contributions from an A-list supporting cast, including members of Drive-By Truckers, the Olivia Tremor Control and Southern Bitch, the record finds Chambers veering away from the ambient textures and guitar chaos of his most recent output towards a soulful, classic rock-inspired sound.

Previously, Chambers released the album’s lead single, the “smoothly grooving” “Your Lovers,” and today we’re excited to premiere an accompanying music video. Directed by filmmaker (and former Flagpole staffer) Marc Pilvinsky, the clip features visuals that “are a mix of the mundane and joy and nightmares,” according to Pilvinsky.

“I’ve been a fan of Don Chambers since the very first Vaudeville show in the mid-1990s and have never lost track of him as an artist as I moved around the country these last 20 years,” Pilvinsky writes in an email.

Chambers says the video matches the song perfectly. “I used a cut-up surrealist collage method of writing the lyrics for this record, [and the video] uses the same intuitive approach, leaving the interpretation of the images open to the viewer,” he says. “I also really like the contrast of stock footage to Sean Dunn’s video of me in my basement. I thought my basement was dramatic until I saw those balloons on fire.”

Don Chambers plays an album release show Saturday, May 19 at the Georgia Theatre.

Bertis Downs on the State of Athens Schools