Looking Ahead to the Alt-Right’s Second Act 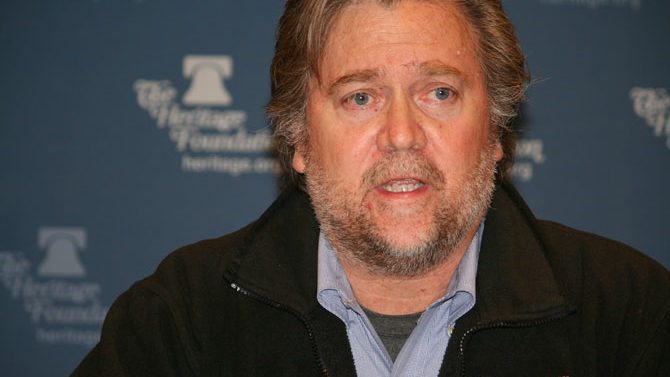 Eight years ago, there was the first big tea-party rally in Washington. Earlier this week, I found some audio I recorded of the rally, where thousands of people gathered on the mall, united in their hatred of the federal government as embodied by President Obama, and it was amazing how much it sounded like the Trump rallies I’ve attended.

“What paper are you with?” one woman, who looked like a grandmother and went to church, asked. I told her I was with the now-defunct Columbia City Paper, hoping that my South Carolina-based publication might give me a little cred with this crowd. “The only thing your paper’s good for is wiping your reporters’ asses with,” she said.

Another white guy with a mustache who was wearing white tennis shoes, a low-buttoned shirt and gold chains said there was a revolution coming and that, after the revolution, the world would look like him. I think back, and I know he was right. Trump is his dream come true.

All of the the aesthetic qualities, the DNA, of the Trump phenomenon were there. And it took over Congress that year. So why were we so surprised when Trump won?

A lot of people have blamed the press. I’ve fought back against that—it’s not our job to predict the future. But it is our job to remember the past, and one of the reasons people were so surprised is that we had, in many ways, erased the rougher edges of the tea party from our memory.

I’ve been really uncomfortable with the narrative that the alt-right is on the wane. Sure, a lot of them have been deplatformed—kicked off of Twitter and YouTube, etc.—but that doesn’t mean they have gone away, or that their ideas are less attractive to a certain portion of America. So, here are possible sequels for a few of the alt-right rogues.

Great Balls of Fire and Fury: Steve Bannon’s fall seems pretty spectacular. Remember the great Jerry Lee Lewis biopic Great Balls of Fire, where The Killer is on top of the world and then marries his teen cousin and ends up drunk playing county fairs? If Dennis Quaid were Randy Quaid and wore two shirts, it would be a good depiction of the Breitbart-boss-turned-Trump-advisor’s fall from grace. Trump fired Bannon after Charlottesville and the publication of The Devil’s Bargain, but Bannon played it off and returned to Breitbart. Then, after the release of Michael Wolff’s Fire and Fury, the billionaire Mercer family who fund the propaganda site severed ties with the man Trump labeled “Sloppy Steve.” Like so many washed-up American stars, he went on a European tour hoping to become the David Hasselhoff of the global fascist movement, encouraging the racists there to embrace the label. But he will be back. He is still perhaps the most dangerous man of the alt-right.

Milo Big Fat Greek Yiannopoulos: Milo was at one time one of the biggest stars on the alt-right, his tour creating chaos and protests, his book deal bringing in big bucks. Now he’s just afraid of being one of the biggest losers—apparently he is terrified of being fat. The shift occurred after a video in which he seemed to endorse sex between “younger boys and older men” surfaced. His publisher dropped him, and even Breitbart fired him. The right can stand all the racism and xenophobia and hatred you can throw at them, but these people are Pizzagaters, after all—they’ll shoot you for eating pizza if they think a pedophile is nearby.

Then his emails were released by Buzzfeed, and they showed that he allowed actual Nazis to line-edit his Breitbart stories, which were mostly written by a ghostwriter. After that, his editors’ comments on his book leaked out. They were brutal. But it is easy to see him in 20 years as some Eastern European-style strongman leader.

Smokey and the Based Stickman 2: Kyle Chapman is one of the sadder figures to emerge out of this sad movement. He became a meme last year in the so-called Battle of Berkeley, when he hit an anti-fascist protester in the head with a stick. He got charged with felonies, but he also hooked up with the Western Chauvinist™ douchegroup Proud Boys to start the Fraternal Order of the Alt-Knights—the fighting arm of PB—and keeps getting locked up.

On Apr. 15, he tweeted, “It’s the one year anniversary of the second Battle of Berkeley. We’ve come a long way but have far to go… We are leading the charge against globalism. The world looks to us guidance. Deus Vult!”

There were two pictures: one from the battle, the other of him sitting in a dark room raising his hand in what could easily be mistaken as a Hitler salute. But the shot also looked like the beginning scene of Smokey and the Bandit 2, where Burt Reynolds is holed up in a hotel room, drunk and sad but trying to hold on to the glory from his minor little stunt.

Matthew Heimbach-y Boo-Boo: Like Trump, Heimbach is destined for reality TV fame. He started the White Student Union at Towson University near Baltimore and, quite improbably, became a famous Nazi with his Traditional Workers Party. He was rather spectacularly arrested last month when he assaulted his wife and spokesman. The assault occurred when the woman unfortunate enough to marry Heimbach and Matthew Parrott confronted him about his affair with Parrott’s wife—who is also, somehow, Heimbach’s step-mother in law. The Traditionalist Workers Party dissolved. But this is perfect reality show stuff, and we know where that can lead.