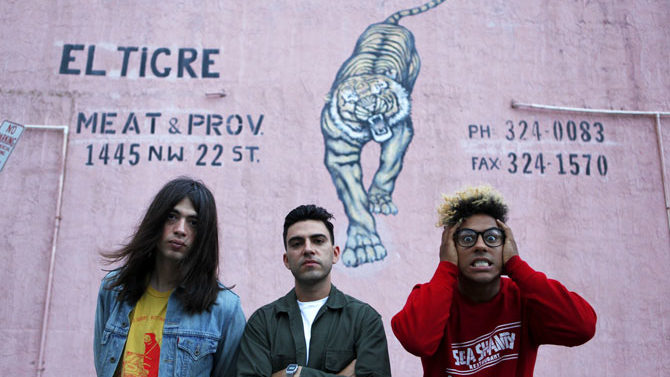 A wild and crazy Miami-based trio, Jacuzzi Boys like to do it raw, fast and loud. The band has built its name around a raucous live show, but what self-respecting garage-rock group can’t say that? The Boys have been riding a wave of good will ever since their hook-heavy 2009 debut No Seasons, which occasionally got glammy but was generally gangly and jangly with a huge dash of teen angst. Usually name-checked along with the Black Lips and the 13th Floor Elevators et al., the band is currently touring around a new set of sounds, all a little bit cleaner and weirder and insterstellar-er than the stuff that came before. Iggy Pop likes ’em, I like ’em and you’ll like ’em too: head nod, head bang, mosh, whatever.