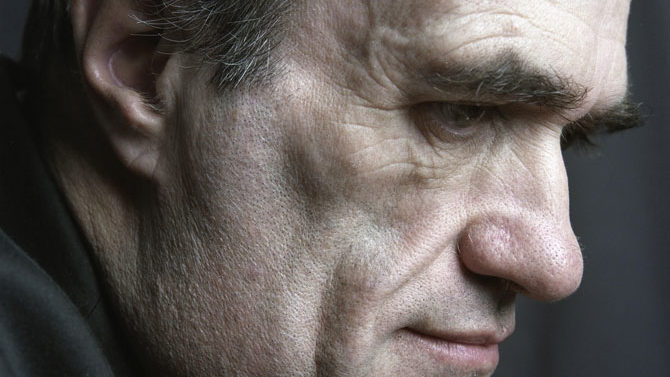 For those looking to celebrate St. Patrick’s Day by doing something more culturally immersive than drinking green beer, UGA will host Irish author Colm Tóibín for several public events this week. Tóibín’s visit to Athens is part of his tenure as the Willson Center’s Delta Chair for Global Understanding, which hosts outstanding global scholars, leading creative thinkers, artists and intellectuals to teach and research at UGA.

First, on Wednesday, Ciné hosts a screening of the 2015 film Brooklyn, based on Tóibín’s 2009 novel. (Tickets for the screening are currently unavailable.) On Thursday, Tóibín will give an on-campus lecture and appear at Avid Bookshop for a reading and book signing. Finally, on Friday, he will engage in a public conversation with writer Fintan O’Toole at the Seney-Stovall Chapel.

Brooklyn is Tóibín’s most recognized work to date. Under-recognized in its year of release due to the critical rush to heap attention on The Big Short, The Revenant and Spotlight, the novel’s film adaptation earned three Academy Award nominations (Best Picture, Best Adapted Screenplay and Best Actress, for Saoirse Ronan). Tóibín’s story, as directed by John Crowley, traces the immigrant experience of Eilis Lacey (Ronan), who comes to Brooklyn and falls in love with sensitive plumber Tony Fiorello (Emory Cohen). After tragedy strikes back home, she returns to Ireland, where she begins a flirtation with the upstanding Jim Farrell (Domhnall Gleeson) and questions which country is truly her home.

Cinematographer Yves Bélanger’s palette resembles the antiquated Autochrome process of coloring black-and-white photographs, with bold reds and greens standing against sepia-tinged pastels. Seafoam green is common in the early parts of the film set in New York, reflecting Eilis’ feelings of being on the sea between continents. As Eilis gets accustomed to her new surroundings and realizes her love for Tony, red—the color worn by the experienced Ireland-to-Brooklyn transplant who cares for a seasick Eilis in her transatlantic crossing—creeps into the frame.

The acting that brings Eilis and Tony’s love to life is the film’s greatest accomplishment. Cohen’s performance pays homage to Marlon Brando’s soft-spoken charisma in On the Waterfront, co-opting the late actor’s working-class romantic persona. Ronan’s expressive face makes Eilis’ inner world as fascinating as her blossoming social life. We see a character constantly in contemplation about her future in the film’s many close-ups and shots of Eilis gazing into a mirror. However, especially in Tony’s presence, a smile occasionally manages to crack the surface of gloomy rumination, showing love’s persistence.

Flagpole: You once said that “writing comes out of silence.” What silence brought Brooklyn into the world?

Colm Tóibín: In every generation in almost every family over more than 150 years, people left and did not come back. They left silence, and they themselves lived in a sort of silence, as new lives were built in the U.S. or England or Australia. You noticed it: the missing member of families. Over years, these names were consigned to silence.

FP: So much of the film depends on Eilis being uncertain but also quite tough and resilient. How do you think Saoirse Ronan conveyed that balance?

CT: She has a way of being able to express a great number of competing emotions, almost at the same time. John Crowley, the director, said that she would have made a great silent movie actress. So he let the camera linger on her face as her emotions changed.

FP: Emory Cohen’s performance is also a highlight. When you were writing the book, did you see the character having the young Brando energy and mannerisms he brought to the role of Tony Fiorello?

CT: I am not sure I visualize characters in that way when I am writing. But I did see him smiling a great deal, which Emory also does in the film.

FP: Can you share anything about your current film project, Return to Montauk?

CT: I wrote the screenplay with Volker Schlöndorff, who is one of the world’s greatest film directors. It was a privilege working with him. We often sat opposite each other working out a scene, which we would both then rewrite. A great number of these scenes fell away until we got to the central story.