A Ramble Among Obscure 45s 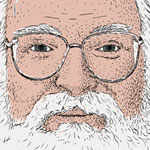 “Write something about the box of records you just received,” Pete suggested. That’s a nice idea, but I wanna take that thought and run with it and mention the goodies I’ve unearthed in my recent processing of a large backlog of relatively-recently-acquired 45s, mainly from Wax ‘N’ Facts in Atlanta. These are reviewed in as-I-feel-like-it order… so there.

1) Honey-Dew – The Honey-Dews (Sue 746). “This could be big,” blatted a writer in the Billboard Magazine singles review column on July 3, 1961. Well, it wasn’t. “Up-tempo novelty,” it’s described. Wow. This is a nice scarce item that qualifies to the British collectors as Northern Soul (after those American records, known and otherwise [especially otherwise!] that are often played at dances in the north of England). I haven’t played it yet (fact is, I haven’t had time to unearth my portable turntable), but this one looks like a fun find when I manage to have it sing for me. By the way, it appears that they never had another record.

2) Erotica – Madonna (Maverick/Sire 18782). Well worth the 25 cents I paid for it, and no more. Gad. Maybe I’m an old fuddy-duddy, but she leaves me as cold as being outside in Churchill, Manitoba in December in my undershorts. Even so, it was a big hit reaching # 3 in 1992, so it’s a quarter well spent…I suppose.

3) Stop And Go – Bohannon Band (Dakar 4518). Hamilton Bohannon hails from Newnan, and has had a long career as bandleader and entertainer. This is a very early effort of his: from 1973, and a non-hit (except probably in the Atlanta area), so it is probably sought after by some collector out there, maybe in Finland or Belgium or Hong Kong or Huttig, Arkansas. Well, my copy’s cracked, so ya can’t have it… but it’ll play just fine, and that’s all I need for now. If I ever want a better one, reckon I’ll just go hunt down the man himself and see if he has an extra.

4) Let It Be Me – Judy Clay (La Vette 1004). Mine here’s a fairly tattered deejay copy; store stock copies of this’un fetch $25 or thereabouts. Judy Clay has been better known as a duet singer, first with Billy Vera: their hits were “Storybook Children” and “Country Girl-City Man” on Atlantic in late 1967 and early 1968. (He went on to front Billy & The Beaters, whose huge [# 1] hit was “At This Moment” in late 1986.) She then duetted with Atlanta-adoptee William Bell (their “Private Number” on Stax was a gigantic hit on the Southern Beach Music scene in the fall of 1968). Mine appears to be Judy’s first solo record, and I’m glad to have it. I’ve got a few more of hers, too, on Scepter and at least two other labels.

5) Welcome To Fairieland – Skip Arnold alias Mother Goose (Fairieland 101). This Skip Arnold is not to be confused with the performance artist of the same name: Ralph “Skip” Arnold was one of the great “female impersonators” back in the 1960’s. This “very, very, very rare” single was sold at his club appearances for $2; if you crab around long enough on Google, you’ll find an ad for it from circa 1965 (don’t try ordering your own copy, folks!). I bought it for fifty cents or so on pure whimsy. Turns out that Skip passed at a fairly ripe age (80 or so) on March 2, 2005. For years he lived at Margate, Florida, and performed in Fort Lauderdale widely; he also headlined in Chicago and Kansas City, where he was a fixture of the Jewel Box Lounge on Troost when he was in town. I’ll have to check to see if this six-minute-per-side retelling of fairy tales is acceptable for airplay: if so, it deserves to be heard, if for no other reason, on a cultural basis.

7) I’m Qualified – Jimmy Hughes (Guyden 2075). This is Southern soul great Hughes’ first record, released in 1962. After he achieved success with “Steal Away” for Fame Records of Muscle Shoals, Alabama in early 1964, this disc was reissued (with the same flipside) on Jamie 1280. Back when I had my record shop, Ort.’s Oldies, the late, great Truman Elder, a regular customer, had me turn up a copy of Hughes’ “I Worship The Ground You Walk On,” one of the man’s lesser hits. I did so after considerable searching. I ran into Truman on the street only a couple of years ago, and he reminded me that he still had every 45 I ever sold him. “Being glad to sell you those wasn’t an act,” I reminded him. “I truly appreciated finding those for you.” “Yeah, you got me “It’s A Miracle” by Willie Hightower, too. Man! Those singles have given me and my family a lot of pleasure over the years!” He passed on June 26, 2010 at age 60: he was a good man; I (and many others) will miss him.

8) The Village Ram – The Mighty Sparrow (Wand 160). Turns out that this is Calypso! The Mighty Sparrow was born in Grand Roy, Grenada on July 9, 1935 and moved to Port Of Spain, Trinadad a year later. At age 75 he remains an active performer today, and is widely referred to as the Calypso King Of The World. His birth name, incidentally, is Slinger Francisco. This record on Wand is one of his only U. S. releases: it dates from September, 1964. Deejay copies of this are hard enough to find, but mine here is a stock with no drill hole (to indicate it as a non-returnable [to a regular distributor] item). It’s apparenly worth at least a dollar for every one of the fifty cents I gave for it.

9) Swanee/Atashi No (Where The Boys Are) – Connie Francis (MGM 13005). One of her most unknown singles, the A-side here is the evergreen that Aretha Franklin mastered in her years at Columbia (45 # 43827; 1966); the B is a Japanese version of one of her biggest hits. This is an American pressing and a store stock copy to boot; to refer to it as obscure is to put it mildly… it’s not even on any Connie Francis collectors’ want lists! (Similarly, my favorite of Connie’s “foreign language” 45s is “Bossa Nova Hand Dance,” recorded in 1965 following her concert tour of Brazil. My disc here is from May, 1961, and apparently was not issued in Japan.

10) Love I’m Not Gonna Be Your Fool Anymore – Chuck Wright (Ember 1087). This just looked interesting, so I grabbed it. My hunch paid off. Chuck recorded five singles for Ember between later 1962 and mid-1964; this was the first and is classed as Northern soul. Fact is, it’s known in Europe and sells for up to $125! The only radio station that played it (whose chart is on the internet, anyway) was WJLB in Detroit. The other four Wright discs sell from $30 or $40 up. Now, my question is this: is this the same Charles Wright who went on to put together the Watts 103rd. Street Rhythm Band, who had a chain of great soul hits (especially “Love Land,” enchantingly sung by drummer James Gadson), or is this mere coincidence? I’ve tried finding this information, but been brickwalled, so for now I’m leaving the question here until time and interest bring me back toward a solution.

11) To Understand Mankind – The Sounds Of Tyme (Bow-Mar 1001). There’s a blotchy homemade video of the band performing this on a local North Carolina TV station if you wanna go online and root until you find it. You’ll note the “disembodied” lead singer, who is not on screen with the band but appears separately (albeit evidently on the same stage at the same time). Truth was, he performed in a wheelchair, presaging the late, great Vic Chesnutt by a good many years. This disc apparently was a local hit in the Morehead City-New Bern-Jacksonville area circa 1968; the band hailed from Harkers Island, North Carolina, out in Pamlico Sound. This is another question begging for attention in the future. My gorgeous copy brings something like $50 on the garage band circuit.

12) And speaking of unsolvable: I’ll Tell The Angels – Mary Fran And Lloyd Brooks/Lonely Street – Lloyd Brooks (Olga 180). This record is, research-wise, a total dead end. The Olga label appears to be from Sweden, but this is obviously an American record. Who they are is as up for discussion as is Sam The Sham’s eternal question about the Ring Dang Doo (don’t worry if I’ve gotten in way over your head: he’s still wondering lo these 45 years later).

13) There isn’t one. This will do for the first installment of Ort.’s obscure 45s. I’ll see if I can’t put something else together in a day or two. Until then, happy spins and needles, folks. (30.)