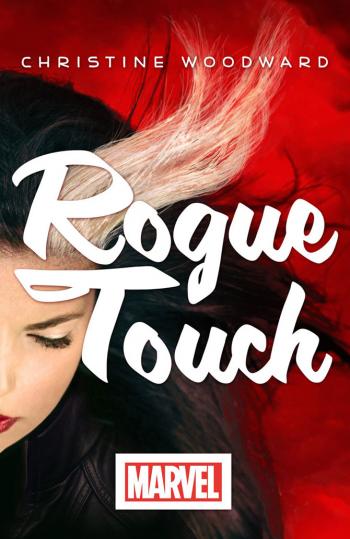 Never underestimate the mind of a mouse, especially one wearing big puffy shoes. It’s fairly common knowledge that Disney’s recent acquisitions of Marvel Entertainment and Lucasfilm were an expensive but cagey strategy to reach out to a demographic of young males that had previously eluded the company. (Oddly enough, it appears most tween boys are uninterested in Cinderella and Demi Lovato—go figure.) The acquisitions have already resulted in some interesting plans, including, of course, the rebirth of the Star Wars film franchise and planned expansions of Disney’s theme parks to compete with arch-rival Universal.

While one expects Disney to saturate every market it can with its new toys, this last month saw a genuinely surprising turn. Seemingly from nowhere a pair of novels featuring two of Marvel’s C-list characters just showed up in stores from Hyperion Books, Disney’s adult publishing arm: Rogue Touch by Christine Woodward, featuring Rogue of the X-Men, who absorbs energy, powers and memories from anyone she touches and who was portrayed with epic levels of woodenness by Anna Paquin in the movies; and The She-Hulk Diaries by Marta Acosta, featuring She-Hulk, Bruce Banner’s cousin who became a, well, female Hulk when she was in an accident and… oh, who cares?

What is interesting about these novels is not only that they feature two relatively obscure characters (stand down, nerds, I know they’re not obscure to you), but that neither is a punch-’em-out action adventure. Rogue Touch is an angsty teen romance about Rogue on the run, trying to find herself and falling in with a boy with powers of his own. The She-Hulk Diaries is a quirky comic novel following She-Hulk as she tries to balance her work as an attorney with her love life as a 7-foot-tall green-skinned juggernaut, with much Bridget Jones-esque wackiness ensuing.

In other words, Marvel Comics chick-lit. Disney may not be able to sell princesses to pubescent boys but, by the frozen head of Unca Walt, they’re going to sell superheroes to teenage girls. It’ll be interesting to see where this goes.

We hear a lot about corporate mergers, especially in the financial sector, where for a while there it seemed that every major bank in the world was about to coagulate into one titanic megabank, to be followed shortly thereafter with the barcoding and reprogramming of every man, woman and child on Earth. We don’t hear much from the publishing world, which was hit especially hard by the triple-whammy of the economic crash, the rise of vanity e-publishing and the seemingly unstoppable ascent of Amazon. It has just been announced, however, that Bertelsmann SE, owner of Random House, and Pearson, owner of Penguin Putnam, have merged their houses to form Penguin Random House, now the largest publisher in the world, commanding a 25 percent share of the publishing market.

What does this mean to you? Well, if you’re a lover of books you actually hold in your hand and don’t have to periodically recharge, quite a bit, as the merger should result in a surge of new paper product in bookstores, who should also be happy for the breathing room. It’s also news for writers, as the current freeze on new acquisitions should thaw somewhat. And perhaps most importantly, the new company looks to be able to compete with Amazon in direct book sales. This last may or may not happen, but it would be nice to see Amazon face a little competition for a change. At the very least, it may set back that company’s plans to barcode and reprogram us all.

For those who don’t already know, we recently lost a great and influential talent with the passing of Richard Matheson, the prolific and profoundly gifted writer of such works as I Am Legend and What Dreams May Come. Matheson died June 23 at age 87. Many people will not recognize his name, but he belongs to that select group of craftsmen, like Donald E. Westlake, Jack Ketcham and Angela Carter, who quietly but steadily influenced imaginative literature throughout the last 50 or 60 years.

In addition to the works cited above (the three different film versions of I Am Legend), Matheson wrote the stories that became The Incredible Shrinking Man, Steven Spielberg’s Duel, Real Steel, and Stir of Echoes. He was also part of the Holy Trinity of writers, along with Rod Serling and Charles Beaumont, who produced the best episodes of “The Twilight Zone”—the one where William Shatner sees the monster on the wing of the plane? Matheson. Moreover, there is nary a horror novelist working today who is not in some way indebted to Richard Matheson either directly or through the literary DNA of Stephen King, who cites Matheson as one of his major influences. And that’s an understatement, as there is not a damn thing King has ever written that didn’t draw, glean or outright swipe something from the Matheson canon.

In recent years, much of Matheson’s work has surfaced in new editions and is available in bookstores. Aspiring writers, regardless of preferred genre, would do well to pick up a few of his books and learn some points in the craft of storytelling from a true master. Richard Matheson will be sorely missed.