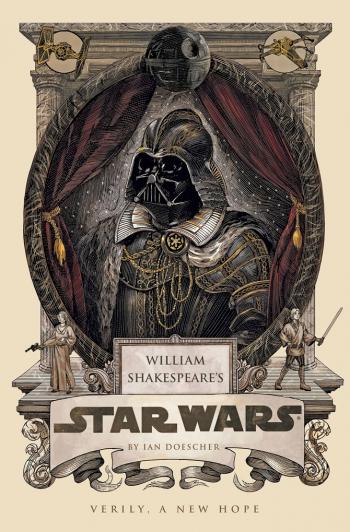 The Dragon in the Room: Despite what they might say, there are very few crises in the world of geek fandom worth wringing one’s hands over. Robert Downey, Jr.’s contract negotiations. The death of Peter Parker and the takeover of his body by Dr. Octopus. Every other goddamn episode of “Game of Thrones.”

The ongoing saga of Atlanta’s annual multimedia geeksplosion Dragon Con, however, qualifies as an actual problem, and it looks like after years of bitter and hideous fighting the problem has been resolved. For those who aren’t familiar, Dragon*Con is one of the biggest science fiction and fantasy conventions in the country. Though not as big as the San Diego or New York Comic Cons, D C is a sprawling affair that takes over three major hotels in downtown Atlanta every Labor Day weekend, routinely draws celebrities from film and TV who ordinarily wouldn’t attend these things, and generates millions in revenue for its parent company, Dragon Con/ACE.

The trouble with this is that one of the founders of the convention is Edward Kramer, who has been under house arrest and awaiting trial on multiple counts of child molestation since 2000, citing various health issues as reasons for the delay. Despite his lack of involvement with the operations of the convention, Kramer still had a 31 percent share in Dragon Con/ACE and has used the annual dividend to pay his legal costs. The company has tried repeatedly to oust Kramer, but Georgia law forbids such action against Kramer unless and until he has been convicted of a crime.

This has led to a long-running campaign, spearheaded by horror author Nancy A. Collins and championed by many others in the SF/F field, to mount a mass boycott against the convention in order to deprive Kramer of revenue. While the boycott has snowballed and attracted a great deal of mainstream media attention this year, it seemed unlikely to produce action on the scale needed to be effective. But it would appear that the rest of the con’s organizers have had enough of the bad publicity and ill feeling in the community and on July 8 announced the reincorporation of Dragon Con/ACE into Dragon Con Inc., with a buyout of Kramer’s shares for an undisclosed amount.

What does this actually affect? Nothing in practical terms, but for many of us who have been following this story for years, it’s an opportunity for the convention to proceed without having to ignore the massive dragon turd in the room and hopefully will mend some fences within the community. As for Kramer, he is still innocent until proven guilty, but perhaps the decision on that will now come sooner and give all involved some closure and a chance to move on.

Pet Peeve: Let me preface this next bit by clearing up a pet peeve of mine, a common mistake that many people make. The language employed in the time of Shakespeare is not, as many people believe, Old English. Old English is a linguistic distinction, referring to the language spoken by the Anglo-Saxons back when they were fighting the Vikings prior to the 12th Century. It is the language of Beowulf and bears more resemblance to German and Old Norse than to what we speak today. Middle English is the language of Chaucer and his contemporaries in the Middle Ages. What you get in Shakespeare and the King James Bible is Early Modern English. You may need a dictionary, but you don’t need a translator to read it.

That said, the sci-fi mashup that nobody asked for but everyone has been waiting for is here. William Shakespeare’s Star Wars, by Ian Doescher (Quirk Books, 2013) has hit bookstores and it is pretty amazing. It’s not a parody or a pastiche, like recent books marrying Jane Austen with zombies or Wuthering Heights with Fifty Shades of Grey. It is, rather, the screenplay of Star Wars (A New Hope for the nitpickers) done straight but in blank verse in the style of English Renaissance drama, and very skillfully.

What’s interesting about this is that while the script is, on the face of it, just a novelty, the working of George Lucas’ space saga into this form brings out many of the underlying archetypes and classical themes that made the movie such a powerful experience. (Lucas borrowed much from Joseph Campbell, and Campbell, in turn, used the movie as a teaching metaphor for the rest of his life). So while it’s cool to see R2-D2 bleeping and squeaking in iambic pentameter, it would also be very interesting to see this version staged, provided anyone could scrape up the dough to pay Disney for the rights. Until that happens, consider the book highly recommended.