Fun With Your Apocalypse 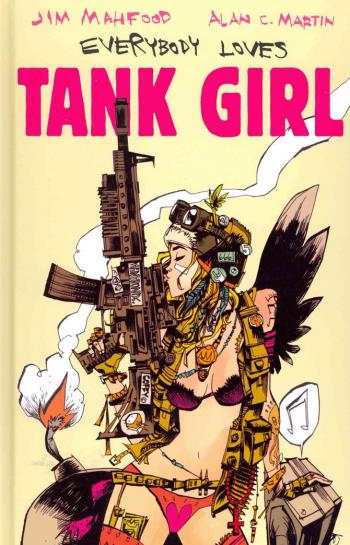 As a teenager going to the movies in the 1980s, I learned three very important lessons: a) never fall in love with Molly Ringwald, because she’ll always end up with the rich kid, while you smile wanly and helplessly from the Friend Zone; b) never be a dick to Bill Murray, as your comeuppance will be as humiliating as it is inevitable; and c) the Apocalypse is easy.

That’s not to say the actual Apocalypse would be easy, but in the ‘80s you could film it for the cost of a used car. While post-cataclysmic scenarios had been a staple of science fiction and horror films for decades—Charlton Heston starred in at least three of them—the world after the end of the world always required a great deal of expensive set dressing. After all, a fallen Statue of Liberty doesn’t come cheap. Then, along came George Miller’s low-budget but highly successful Mad Max and its higher-octane sequel The Road Warrior, two movies that made a star out of Mel Gibson and showed a generation of young filmmakers that all you needed to make a movie about the Apocalypse was a stretch of open space, a nearby junkyard, and a lot of football shoulder pads. And hair spray, as Miller’s post-Poc punks had these fantastic mohawks—gas and water are scarce enough to go to war, but apparently there will be vast reserves of Aqua-Net in the white can.

A flood of no-budget Mad Max clones came out in the following years, some more successful than others, but while they may have been a blast to make, very few of them were fun to watch. Maybe it was because we were still mired in the Cold War, but very few creators saw the potential for dark humor in works set after the Great Catastrophe.

If indie film refused to see the comedy in the cataclysm, indie comics stepped up, most notably in a ballsy piece of hand-drawn chaos called Tank Girl. Created in 1988 by Alan C. Martin and Jamie Hewlett as a strip in the UK punk comics magazine Deadline, Tank Girl was a gleefully profane mishmash of pro-anarchy, quasi-feminism and ultra-violence that bridged the underground comix of the ’60s with grafitti styles of the late ’70s and ’80s. Ostensibly set in a post-apocalyptic Australia, the comic followed a tattooed ragamuffin who lived and travelled in a grotesquely tricked-out tank with her mutant kangaroo boyfriend, often accompanied by other hot girls in their own vehicles of destruction (Jet Girl, Sub Girl). Together they’d spend their time boozing, getting high and blowing things up. No deep meanings here, no angst-ridden adventures—this comic was pure, joyous mayhem. Many people may recall the 1995 film version with Lori Petty and a pre-stardom Naomi Watts, but few who do recall it fondly.

As much as I enjoyed Tank Girl back in the day, my relationship with comics in the years since has been sporadic and limited—let’s face it, serious geekery is time-consuming and expensive—and I honestly had no idea this particular comic was still around until I walked into the Flagpole offices and found a copy of Everybody Loves Tank Girl (Titan Books, 2013) sitting in my box.

This new collection, written by Martin and drawn this time around by Jim Mahfood (best known for his work on Kevin Smith’s comics version of Clerks), is just a whole lot of fun. It’s crazy, filthy, bloody, sexy and damn funny—everything one would expect from Tank Girl. As it turns out, even though I walked away, she left a light on and a cold one out for me. Then she drank the beer and shot out the light.

The main story, such as it is, that runs through the collection, concerns Tank Girl and her friends babysitting an obnoxious, troublemaking little pisser of a seven-year-old neighbor kid who draws attention wherever they go. Unfortunately, our heroines have just taken down some gang members in a bar shootout, and attention is the last thing they need right now. What ensues is the world’s bloodiest sitcom, but that’s only part of it. The rest of the book is packed with stories and vignettes from the TG universe: Tank Girl and Booga fighting it out with a street gang of incontinent kids on tricycles in a grocery store with shish-kabab skewers and marital aids; The Sixteenth Annual Australian Swearing Competition; the Oz’s greatest superhero, Alan; our gang drops acid and parachutes into an enemy compound with katanas and crowbars and grenades. And there’s poetry, too.

Anyone who tells you anarchy is easy is a liar. As many people who’ve tried to dip their feet into the churning, piranha-filled waters of punk art and failed can attest, it is damn hard to do social commentary and comedy and non-linearity and somehow make it all look unforced. Martin and Mahfood do it splendidly here. The art is often hard on the eyes and easy on the brain, and then it switches, delightfully. Full-on, balls-to-the-wall fun from start to finish. In the end, it’s just impossible to stay in a bad mood reading Everybody Loves Tank Girl, and that’s a funnybook doing what funnybooks do best.