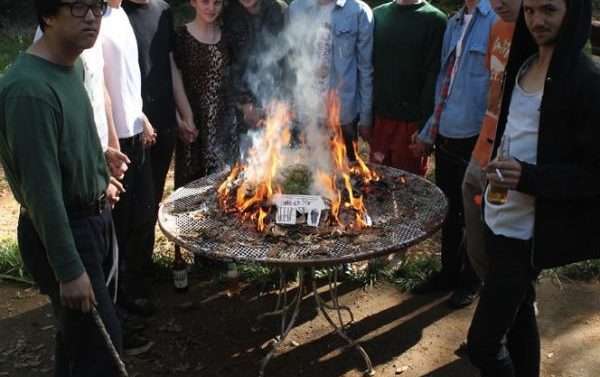 In this week’s main music feature, we went behind the scenes with the Birdhouse Collection, a nebulous and prolific local musical collective. Below, sample some of its best output so far.

Brief, blistering and vise-tight, the debut full-length from these local hoodlums was a chilly ode to their hardcore and post-punk heroes that also interspersed thunderclouds of ambient noise. The result was one of the most indispensable Athens albums of the past decade.

Jared Collins writes love songs, but they’re delivered with an eerie detachment that renders them more elegiac than amorous. His is a lush, reverb-heavy aesthetic; much of the Birdhouse betrays a debt to Deerhunter, but k i d s is the most obviously influenced, embracing doo-wop and psych with equal fervor.

The daring and divisive Pretty Bird (there seem as many who adore the group’s music as who find it unlistenable) has called what it does hip hop, but this ain’t V-103 material. Born of leader David Chandler’s faith in the transcendental power of repetition, the group’s latest finds it exploring deep-house rhythms in a skillfully deconstructive way.

Egg Nog is a psychedelic sleeper, a strange, beautiful bummer of a record. Wistful downer-folk tunes like “Pupil Patterns are Crazy” are testaments to the mysterious Gerry Green’s unmatchable ear for both melody and texture; there’s a reason Green is considered the collective’s unofficial captain.