Confessions of a Sherlock Wannabe 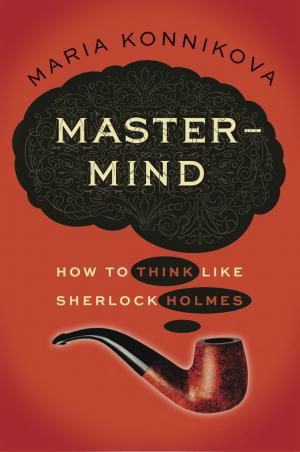 There is a book out there called Earth Angels by Doreen Virtue, Ph.D, who writes many books about how one may improve one’s life by getting in touch with one’s guardian angels and other extraordinary entities. In this particular book, however, Virtue posits that people who feel alienated, confused or generally out of place among the rest of humanity are probably so because they are, in fact, not entirely human. The book has the reader take a quiz and, based on the answers, determines whether one is a grounded angel, an elemental, a reincarnated witch or wizard, or some other cosmic being trapped in a human body. There is no possible result for “plain old screwed-up human being”—no matter what your answers, you win, starchild!

Although I try very hard to let the books I review here run the gamut of genres and interests, a practice I espouse in my personal reading as well, I generally steer clear of self-improvement books. This is not because I don’t believe in self-improvement—heaven knows we could all use it—but because the vast majority of self-help books tend to fall into two categories: new-age twaddle by authors like Doreen Virtue, Ph.D or Caroline Myss, whose bio claims that she holds a degree in “intuitive medicine,” or books by abrasive guys like Dr. Phil and Larry Winget, cowboy-boot maker turned motivational speaker whose best-known book is called Shut Up, Stop Whining and Get a Life! Since I believe that I am neither the universe’s most precious gift nor its lowermost dingleberry, I reserve my dips into self-help for those books that might actually tell me something useful.

Ever since I picked up my first Hardy Boys mystery as a young’un, I wanted to be a detective, and my lifelong choices in fictional heroes have run well in that direction: Hercule Poirot, Philip Marlowe, Travis McGee, Nero Wolfe, Columbo, Batman, Sam Spade, House. And, of course, Sherlock Holmes, whose adventures I revisit every couple of years and whose cinematic iterations, whether it be Basil Rathbone, Jeremy Brett or Benedict Cumberbatch (best name in showbiz), I’ll watch over and over again.

I realized early on that I’d never be a detective, primarily because I can’t deduce my way out of a paper bag, but wouldn’t it be just awesome if one could cultivate those faculties of close observation and diagnosis that Dr. Joseph Bell used to amaze a young Arthur Conan Doyle and with which Doyle then went on to imbue his greatest creation? Wouldn’t it be great to see the way Holmes sees and draw conclusions free of our biases and logical fallacies? To think like Sherlock Holmes?

Enter a useful self-help book. Science journalist Maria Konnikova has taken the entire Holmes canon and run it through the filter of real-world neuroscience to produce Mastermind: How to Think Like Sherlock Holmes (Viking, 2013), a fun and fascinating guide to the mind of The Consulting Detective and how we can emulate it in our daily lives.

Whether Doyle realized it or not, the dichotomy he established between Holmes and Dr. Watson provided an across-the-board template for the facilities of the typical mind, with its tendency to look for everything, observe nothing and leap to conclusions based on established biases—what Konnikova refers to as System Watson—and the deductive mind, which observes objectively, sorts out essential from nonessential information and concludes solely on the evidence at hand—System Holmes.

Acknowledging, as Holmes does, that such a mindful system requires training and work, Konnikova lays out just such a regimen of mental exercise based on the findings of psychologists and neurologists working in the fields of observation and decision-making. She provides nothing less than a physiological map of Holmes’ brain—hippocampus, amydala, prefrontal cortexes and all—to demonstrate that Holmes’ feats can not only be emulated but duplicated, no matter what age you are. Not only can you teach an old dog new tricks, she asserts, but one is a more functional old dog for learning them.

This doesn’t mean that we’ll be solving crimes in a few months, naturally, but Konnikova’s study does demonstrate the benefits of sharpening our powers of observation, organizing our thoughts, allowing ourselves to meditate properly and sorting out the junk in what Holmes called one’s “brain attic” until it’s a place we can access and utilize with less effort than we do now. It requires discipline, just as any regimen that seeks to improve the working of the body does, but the end result is smarter decisions and better results with ultimately less effort, and who among us couldn’t benefit from that?

Mastermind works best for those already familiar with the Holmes canon, but even if you’re not a diehard Sherlockophile, there is much to be gleaned from Konnikova’s book. She is adept at explaining the science in layman’s terms and her enthusiasm for her subject is engaging and entertaining. If one chooses to embark upon her regimen, the book may be read again and again painlessly and is thus well worth picking up.

Incidentally, according to Doreen Virtue, Ph.D, I am a “walk-in,” someone whose soul was so damaged that an extradimensional being stepped in to take over. In other words, I appear to have some alien squatting in my psyche as if it’s some kind of astral flophouse. Screw that noise. If we are truly able to choose who we want to be, then I choose to be the Genius of Baker Street and, according to this book, so can you.