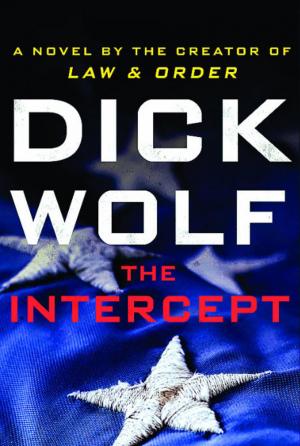 I love a good police procedural, that subgenre of detective story that follows cops through an investigation from crime scene to arrest, with all the forensics and legwork and case-building involved. It’s one of the most pedantic and plodding of genres, but I’ve always found it fascinating. The master of the genre was Ed McBain (aka Evan Hunter, author of The Blackboard Jungle among others), whose long-running 87th Precinct series was a collection of veritable textbooks for writing workaday cops on the job, and I gobbled them up voraciously. I’ll watch two of the “CSI”s (not the one with David Caruso), one of the “NCIS”es and every damn episode of “Dragnet” without a smidge of irony.

And I will watch me some “Law & Order.” In the ‘90s creator/producer Dick Wolf brought down lightning from Olympus to bestow upon NBC with his ridiculously simple concept for a TV show: the first half follows a police investigation, and the second half follows the prosecution as they build and make the case. Though personalities were meant to be secondary to the case in each episode, Wolf’s shows introduced two fascinating characters to the pantheon of TV detectives. One was Lennie Briscoe, played by Jerry Orbach, whose aging, honest-but-tarnished cop was considered so dead-on a character that Orbach drank for free in cop bars for the rest of his life. The other was Robert Goren, the quirky and cerebral profiler played by Vincent D’Onofrio on the spinoff “Law & Order: Criminal Intent,” who was Briscoe’s opposite, a Sherlock Holmes-ian freak to whom no one could possibly relate. Powerful characters.

The reason I’m discussing TV cops in a book column is that in the wake of the “L&O” franchise’s demise, Dick Wolf has turned author and his subject is yet another elite unit of the NYPD. In The Intercept (HarperCollins, 2013), Wolf has created a new series featuring another world-class detective, only this time he does so without the intermediary factors of writers and directors and actors and the limitations of format television to skew his vision. His cop can be anything Wolf wants him to be. So, why isn’t he better?

Detective Jeremy Fisk works in the NYPD’s clandestine Intel division, a Brooklyn-based mini-CIA formed in the aftermath of 9/11 and charged with anti-terrorist information-gathering within the five boroughs. Fed by networks of surveillance cameras, cellphone taps and undercover operatives, Intel analyzes tons of data in search of potential terror suspects, and its mission is to shut down threats before they happen, particularly threats of the Islamist variety. Fisk is one of Intel’s up-and-comers, a good detective with fluency in Arabic and an eye for detail. His sometime partner, and secretly his lover, is Krina Gersten, an ambitious young cop from a family of cops. And… that’s it. Fisk likes music. Gersten jogs. Sometimes they screw. Not much more to tell. The rest of the novel happens while you’re waiting for character development.

The week before New York is overrun by the Fourth of July weekend and a ceremony at Ground Zero, a flight attendant and five passengers attack and overcome a would-be al-Qaeda hijacker before he can plow another jet into the middle of the city. Immediately dubbed “The Six” and hailed as heroes, they are thrown into the city’s celebratory mix and herded from press-op to talk show to a meeting with the president. Gersten is assigned to their security detail, while Fisk, who interrogated the hijacker, smells a rat. The hijacker carried a detonator but no bomb, and acted alone, leading Fisk to suspect that the attempted takeover was a distraction away from a larger plot, one designed to live up to Osama bin Laden’s goal of hitting symbolic targets for maximum impact. Fisk’s attention is drawn to a second Muslim passenger, one who stepped calmly off the plane with the other passengers and has disappeared into the heart of the city.

Our POV shifts between Fisk’s suspect, gathering the bits and pieces of his weapon of terror, and Fisk, combing desperately through hours of street-camera footage and informant reports, trying to spot one Middle-Easterner in a city containing millions and figure out his quarry’s purpose. One thing begins to become apparent, however: the fake hijacking had more to do with the terror plot than simply providing cover. Fisk, Gersten and the terrorist’s paths are all converging toward The Six, and The Six are meeting with the president of the United States…

Heady thriller stuff, yes, and Wolf handles it ably. He’s a better writer than most authors who handle this sort of thing (looking at you, Brad Thor, if that is your real name), and he creates the appropriate tension in the appropriate places. He has an easy style and superb pacing. If you want a decent novel about the fight against post-9/11 terror, this is the book for you.

If you want a solid police novel, however, this isn’t the book for you. Except that it should be. It’s Dick Wolf. It’s the first book in a series about NYPD cops and it should star the detective character Wolf’s been dying to create for over 20 years. Instead, it’s a book about Jeremy Fisk. Detective. Cypher. A Name That Does Things. Maybe Wolf is pacing himself, doling out bits of Fisk’s personality the way his shows did, little by little and always secondary to the case until Fisk is a Briscoe or a Goren himself, but novels are not hour-long dramas, and book series are not TV series. Wolf should be selling Fisk from page one, letting us get to know him without the aid of an actor’s interpretation, with a face we have to envision ourselves. The Intercept is a great third or fourth novel. As a first novel, not so much.