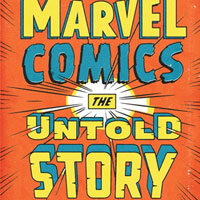 The first comic-book hero I ever loved as a kid was Doctor Strange, Master of the Mystic Arts. Sure, I knew Superman, Batman, all the Super Friends you met when you were a kid in the days before cable TV and the only cartoons you could watch were on the networks on Saturday morning, but Doctor Strange was the first superhero who ever made me sit up and take notice. Stephen Strange was once a high-priced neurosurgeon with an overwhelming God complex until an auto accident damaged his hands. Broke and desperate for a cure, Strange wandered into the Himalayas to seek the help of a legendary holy man, who instead offered him a chance to redeem his soul by learning the ways of sorcery in the defense of mankind against the likes of Baron Mordo and the dread Dormammu.

Doctor Strange rocked. Not only did he have a great mustache, a smoking-hot girlfriend from another dimension, a cool brownstone in the Village and the most badass cape in all of comics, but at least once per issue heâ€™d travel to some other plane of existence, lovingly rendered by Steve Ditko and, later, Frank Brunner as weird, non-Euclidean, phantasmagoric hellscapes, like brown-acid trips on paper. And Doctor Strange would just stroll through these Owsley nightmares like it was nuthinâ€™ but a thang. That was just about the coolest damn thing my seven-year-old self had ever seen. Mind. Blown. 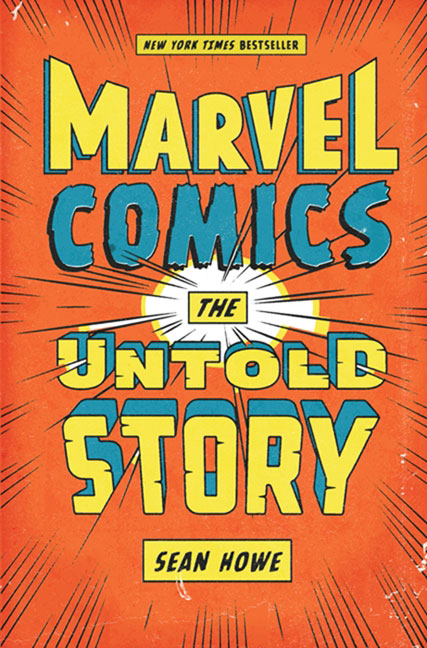 The good Doctor was a Marvel Comics character, created in 1963 by Ditko and Stan Lee, and while I never subscribed to the fierce nerd-loyalty between Marvel fans and DC fans, I admit that if I were forced to choose Iâ€™d be a Marvel kid. Not just for Doctor Strange or Ghost Rider or Spider-Man, but for the relentless huckstering with which Lee filled every corner of his companyâ€™s funnybooks. In his one-page editorials, his ads and in every panel caption into which he could get a word, Lee was a combination of snake-oil salesman, game-show host and everybodyâ€™s favorite uncle. He not only sold the comics but also the creators, giving them jocular nicknames and doling out tales of the antics in â€œthe Marvel Bullpen.â€ Lee fabricated Marvel as a place where a close-knit family of mischievous pals pushed their desks together and hammered out four-color mayhem all the livelong day, with you, the reader, made privy to all the inside jokes and cool by association.

It was all happy horseshit, of course. Most artists worked from home, just like today, and for a long time Marvel consisted of Stan Lee working alone in a solitary cubicle (very much like the offices of Flagpole, which is basically Pete McCommons sitting by himself under a naked lightbulb, playing a scratched 45 of â€œThe Internationaleâ€ over and over). When there were staffers, the hijinks in the office were of the sardonic variety one does when one is constantly looking up for the inevitable axe to fall. The fact is that by the time Marvel Comics had become an even remotely profitable enterprise, Lee had been at the company under its various names for close to 40 years and was ready to quit the whole thing entirely. Lee has taken and continues to take a storm of flak for claiming credit for the work of his collaborators and for so easily assuming the mantle of the sole architect of the companyâ€™s success, but the fact is that without his relentless carny-barker salesmanship, Marvel would not have survived to become the megalith that this year gave us The Avengers, the third highest-grossing movie of all time.

Sean Howe, author of the excellent Give Our Regards to the Atomsmashers!, has accomplished something remarkable in his new book Marvel Comics: The Untold Story (HarperCollins, 2012) by providing a comprehensive look at one of the most over-dissected pop-culture factories in existence and making it fresh. Although much ink has been spilled about the comics themselves and the work of certain star creators like Jack Kirby and Frank Miller, Howeâ€™s book is drawn from numerous interviews with the people who worked for and with Marvel day-in and day-out, such as production assistants, inkers and letterers, people in the business officesâ€”in other words, insiders who watched the ups and downs and infighting in the company from behind their desks. The result is a history of Marvel that both undercuts the official hype and makes it far more interesting than even Stan Lee could make it.

Howeâ€™s book chronicles the many phases of Marvel, from its beginnings as Timely Comics (where Captain America first appeared, socking Hitler on the jaw) through its 1950s doldrums when Lee worked in a lone cubicle cranking out monster comics, to the ’60s, where Lee, Steve Ditko and (mostly) Jack Kirby created the Fantastic Four, the Incredible Hulk, Spider-Man and the X-Men and suddenly found themselves with comics they could sell and, more importantly, merchandise. The trippy â€˜70s Marvel, created by a new slew of writers and artists fresh out of college and fueled on philosophy and weed, led to the â€˜80s Marvel, riding the direct-sales comics boom until that market crashed in the next decade. Howe rides the rollercoaster all the way up to the present, the Marvel movies and the takeover by Disney.

Marvel Comics: The Untold Story is a book about comics that manages to avoid geek hyperbole, a book about art that is never vague, and a book about the publishing business that never reads as dry. Itâ€™s a balancing act that Howe pulls off with aplomb, leaving us with something that is both important and fun to read. Mind. Blown.