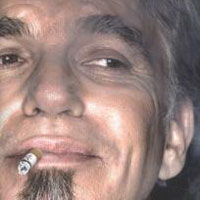 Itâ€™s a shame that the University of Georgia, whose primary mandate for over two centuries has been the education of Southerners, has no courses in the vital skill and art of holding forth.

For those who donâ€™t know the term, to hold forth is to tell stories, mostly true ones, but with necessary embellishments to liven up those parts of the stories bogged down by pedestrian details and elapsed time. But itâ€™s more than that. Holding forth requires a vast reservoir of related stories and segues that allow the storyteller to wander far afield and then deftly return to the main point. One must be able to name-drop casually, curse charmingly and make oneâ€™s audience care deeply for people they will never meet and probably donâ€™t want to. Itâ€™s an art best performed in a bar and best executed by a Southerner. 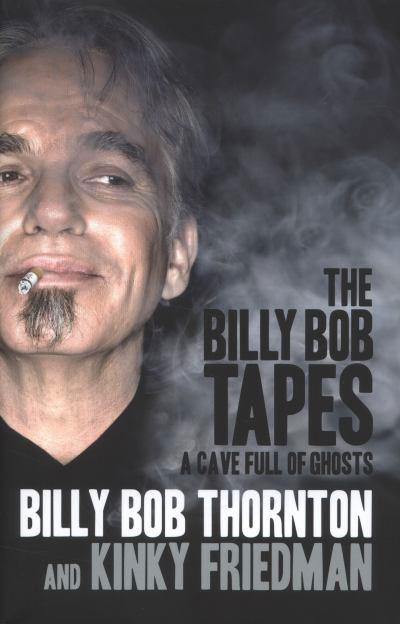 Billy Bob Thornton, from Alpine, AR, holds forth like a champion. Iâ€™m not just saying that because Iâ€™m a fan, which I am. Billy Bobâ€”actor, screenwriter, director, musicianâ€”is a walking example of everything Hollywood hates, a leading man with the face and voice of a character actor and a name like a used-car salesman. His mental tics are legion, and he talks about them openly. Heâ€™ll show up late to the red carpet and tell the interviewer he had to pull the car over to have sex in the backseat. He wins awards and critical acclaim for his work but couldnâ€™t care less about what you think of him. In a town full of eccentrics, Billy Bob is a full-on freak. If we had to pin a label on him, heâ€™s a hillbilly Brando.

And like Brando, Billy Bob has great stories, which have been collected in the best possible way in The Billy Bob Tapes: A Cave Full of Ghosts (HarperCollins, 2012). Rather than write some self-serving autobiography, Billy Bob allowed his friend, author and Texas legend Kinky Friedman (himself no slouch at holding forth), to sit him down in front of a microphone to tell stories about his life and work and about the long and twisted back road to stardom. Though edited, of course, the transcripts are as close as you will get to sitting in the same room with Billy Bob over a couple of cold ones, which is a fine place to be.

Here youâ€™ll find Billy Bob discussing his childhood as the bucktoothed son of a middle-school coach and a part-time psychic, his teen years playing baseball and drums and going semi-pro in both, and his ass-backward fall into acting. Along the way he relates his adventures playing in a ZZ Top cover band, shoveling asphalt for the Arkansas DOT, his trip to New York to make it big and returning home 12 hours later, and living in L.A. on a diet of tequila and powdered donuts while looking for his break into showbiz.

In one chapter, Billy Bob addresses the infamous array of phobias and obsessive-compulsive disorders that have become as standard to his biography as Sling Bladeâ€”his inability to read a paragraph that ends in certain letters of the alphabet or to say the words â€œtater totsâ€ out loud, his fear of antiques and Komodo dragons and pictures of Benjamin Disraeliâ€”with refreshing candor. To him, these neuroses come as standard equipment, the unique wiring of his brain that makes him who he is.

Interspersed here and there between Billy Bobâ€™s narratives are sidebars by some of his friends, such as Robert Duvall, Dwight Yoakam and Tom Epperson, Billy Bobâ€™s screenwriting partner from Arkansas. Angelina Jolie provides the bookâ€™s affectionate introduction, setting the tone for the book. Given the free rein of these monologues, it would be tempting for Billy Bob to go all Night of the Long Knives and let his enemies have it, but he never does. This is at all times a friendly book and a pleasant conversation.

As with most autobiographical works by celebrities, your interest in this one depends on your interest in the subject, and Billy Bob Thornton is admittedly not everyoneâ€™s cup of tea. For those who find the artist and the man fascinating, however, his book will not let you down. And if UGA ever gets around to teaching the fine art of holding forth, I suggest The Billy Bob Tapes as a standard textbook for the advanced class.