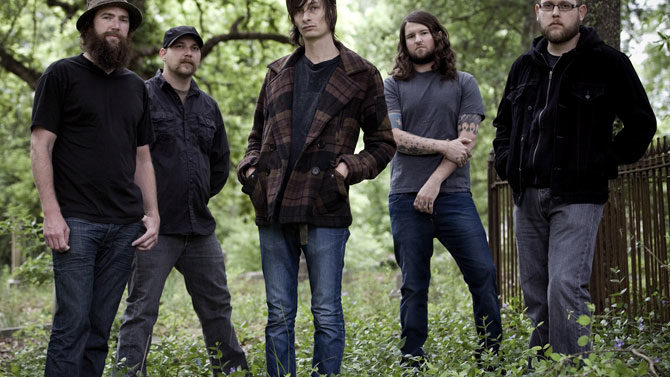 Somewhere in between solo projects, stints with indie-rock supergroup Diamond Rugs and artistic endeavors in other, non-sonic media, the members of hometown favorites Dead Confederate have found time to release the much anticipated follow-up to 2010’s Sugar. The band will be playing its new EP, Peyote People, in its entirety at the 40 Watt Club on Friday.

Hardy Morris, the band’s lead singer and guitarist, notes the spirit of spontaneity that produced Peyote People. “A band can plot and plan and practice all they want, but there is nothing like playing rock and roll simply for the sake of playing rock and roll,” he says on the band’s website. “No visions of grandeur or hit singles, just making noise in the basement for the noise of it. We found ourselves at Chase Park recently doing just that.”

Fans of the group will find its latest release to be a more refined blend of the grunge and psychedelic rock the group has become known for. Although Morris suggests that the songs from Peyote People were intended as demos, there’s a healthy mix of polished crunch and melody that stays true to the rest of the band’s corpus.

While it might seem like Peyote People has been a long time in the making, those who have been following Dead Confederate closely should take solace in knowing that its latest release is somewhat of a tease; a full-length record called In the Marrow is also in the works and slated for release in April of this year. With big things still on the horizon, the band’s latest output provides more than enough reason to check out the 40 Watt show this weekend.